My first job writing service was at an indie Goodyear tire dealer. I was pretty green, and I made a lot of mistakes. For instance, I heard some variant of this more than once: “Yeah, the customer told you they had a slow leak, but you forgot to ask which tire, dimwit.” 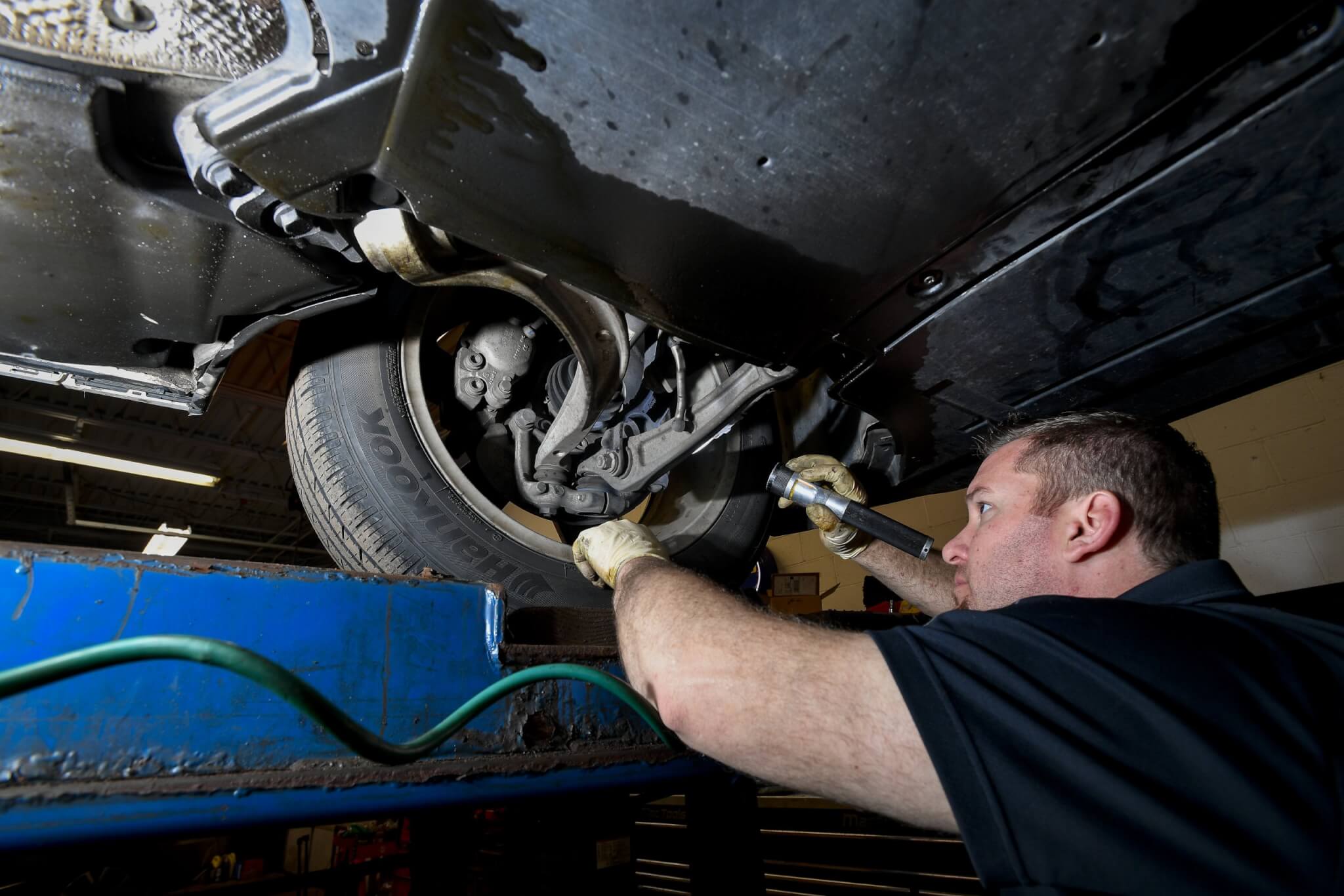 I learned a little, though. One thing I realized was that some customers would come in, get a diagnosis, and then bring their car to a different shop for the repair or fix it themselves. It was kind of a waste of an estimate. We didn’t make any money. In fact, we lost it—tying up a bay with one of those cars instead of a paying customer clobbers shop throughput.

I also made the mistake of diagnosing a car at the counter instead of in a bay. I can recall a customer coming in and telling me the Check Engine light was on. I told her we’d take a look at it. “It might be a loose gas cap.” 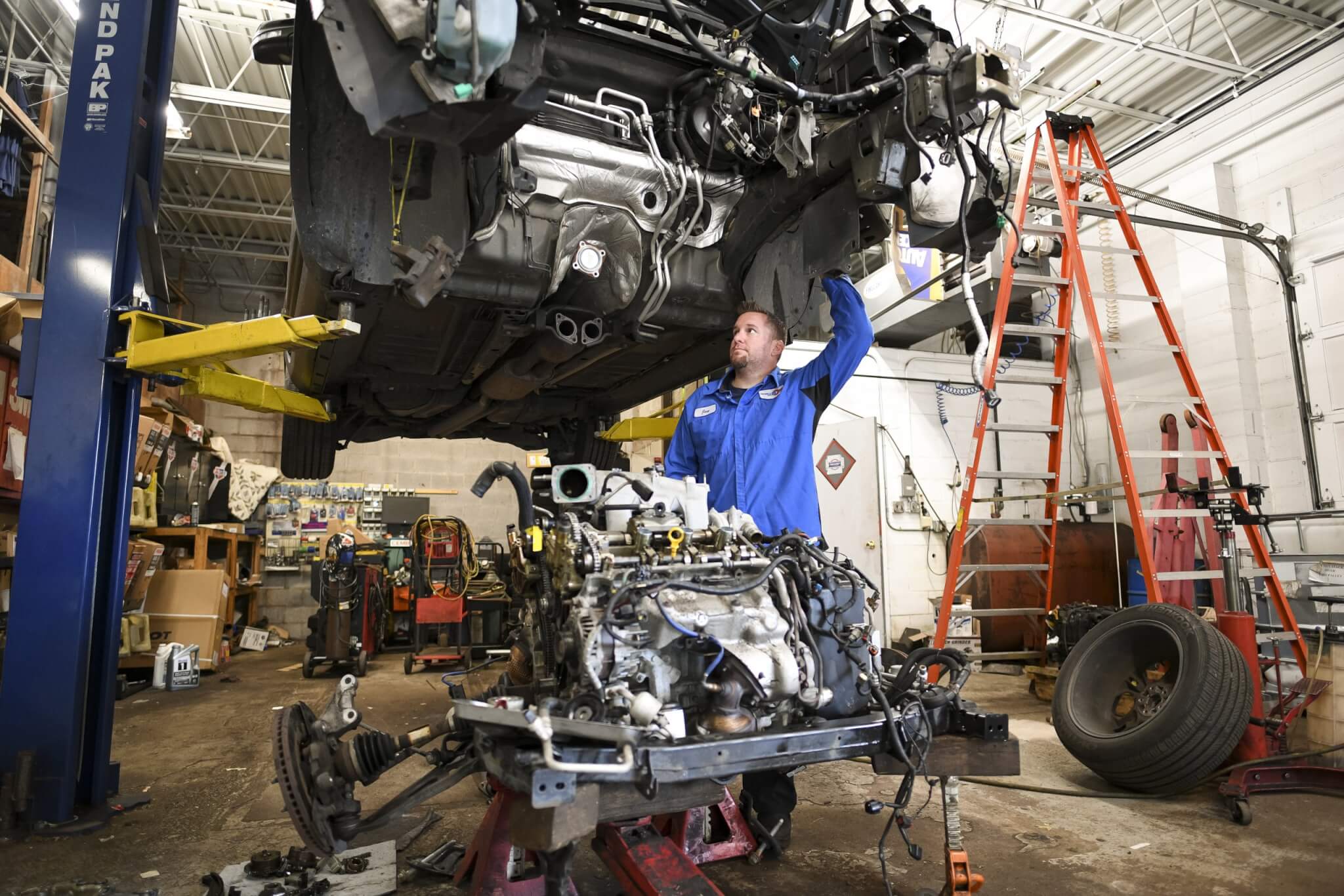 That innocuous “Check Engine” light can spiral out of control quickly, can’t it? Best to set customer expectations appropriately early in the process. Photo by Mike Apice.

I forget what was wrong with the vehicle, but I do remember it was not a loose gas cap. I also remember my boss being angry about me not billing diag time, which he needed to pay the technician. And I remember the customer being angry when I tried to collect that diagnostic fee at the counter—after the vehicle was repaired.

From that point on, I decided two things: I would always charge a diagnostic fee, and I would always let the service techs ascertain the problem a vehicle was having. Whenever someone would come to the counter, I pretended I just didn’t know that much about cars.

“I’m not sure what’s wrong,” I’d say. “The guys in the back, though, they can figure out anything! Let’s see what they say once we get your car in here for a look-see. We charge an hour’s labor to go over the car, perform a few tests, and really nail down what’s wrong with this thing.”

Sometimes a simple flowchart can throw you a curveball. “Replace A, B, and C with known good part” worked great when I was later a tech at a dealer. I’d simply ask for some parts at the counter, and install them one by one as the flowchart recommended. As an indie tech, though, that’s either difficult or impossible to do. Most parts stores don’t want you using their electrical parts for diagnostic work regardless of what the flowchart suggests. 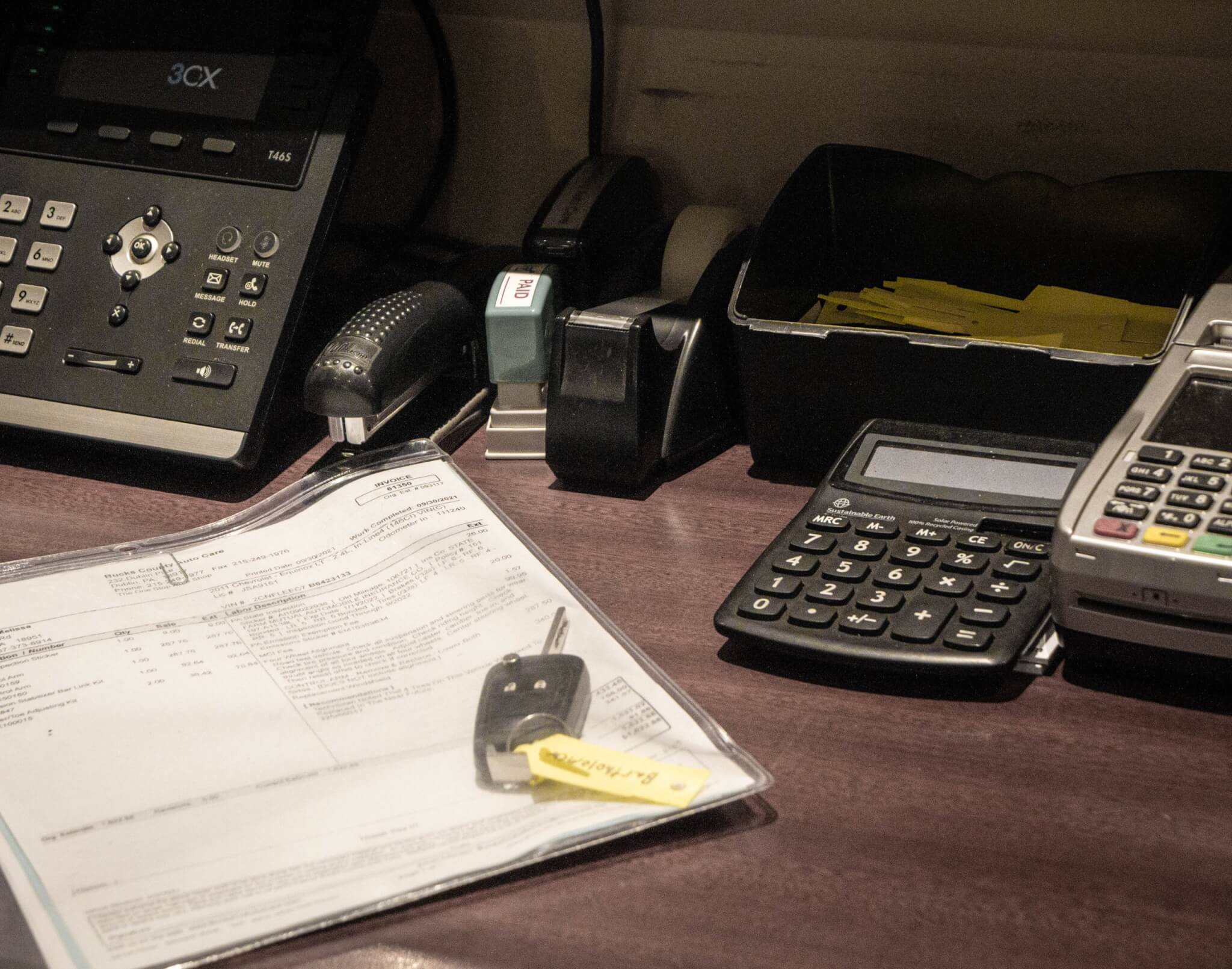 The signed repair order for some diagnostic time ensures everyone understands that all time needs to be paid for, and the first hour may not be enough time to track down a problem. Photo by Lemmy.

In this case, the diag fee serves as a slush fund. If everyone who comes in the door pays for an hour, then the diagnostic profit dollars help cover the cost of the occasional misdiagnosis or “known good part” gamble.

I always felt that an hour of time was fair for everyone involved and smart for the shop. An hour of labor allows you flexibility. If you want to take care of a good customer, when the bill is being settled you can back the fee down to half an hour and look like a hero, but still pay your tech his hour, and still have  collected enough dough to break even. Or, if the repair for the root cause turns out to be a really big job, you can always pay the tech his diag fee and offer to put the hour charge towards the repair to help sell the job. (Makes you look like a pretty nice writer, eh?)

On the other side of the coin, if you have a customer you deem a flight risk – a.k.a. a known price shopper, someone with a vehicle that’s on its last leg, or someone you suspect may be a DIYer – an hour of diag time is enough money to ferret out the fact this customer may fly the coop on you. If someone demurs at $100 to find out why the truck failed emissions testing or the car dies intermittently, what is the likelihood they’ll take you up on that estimate you’ll prepare? Not great. 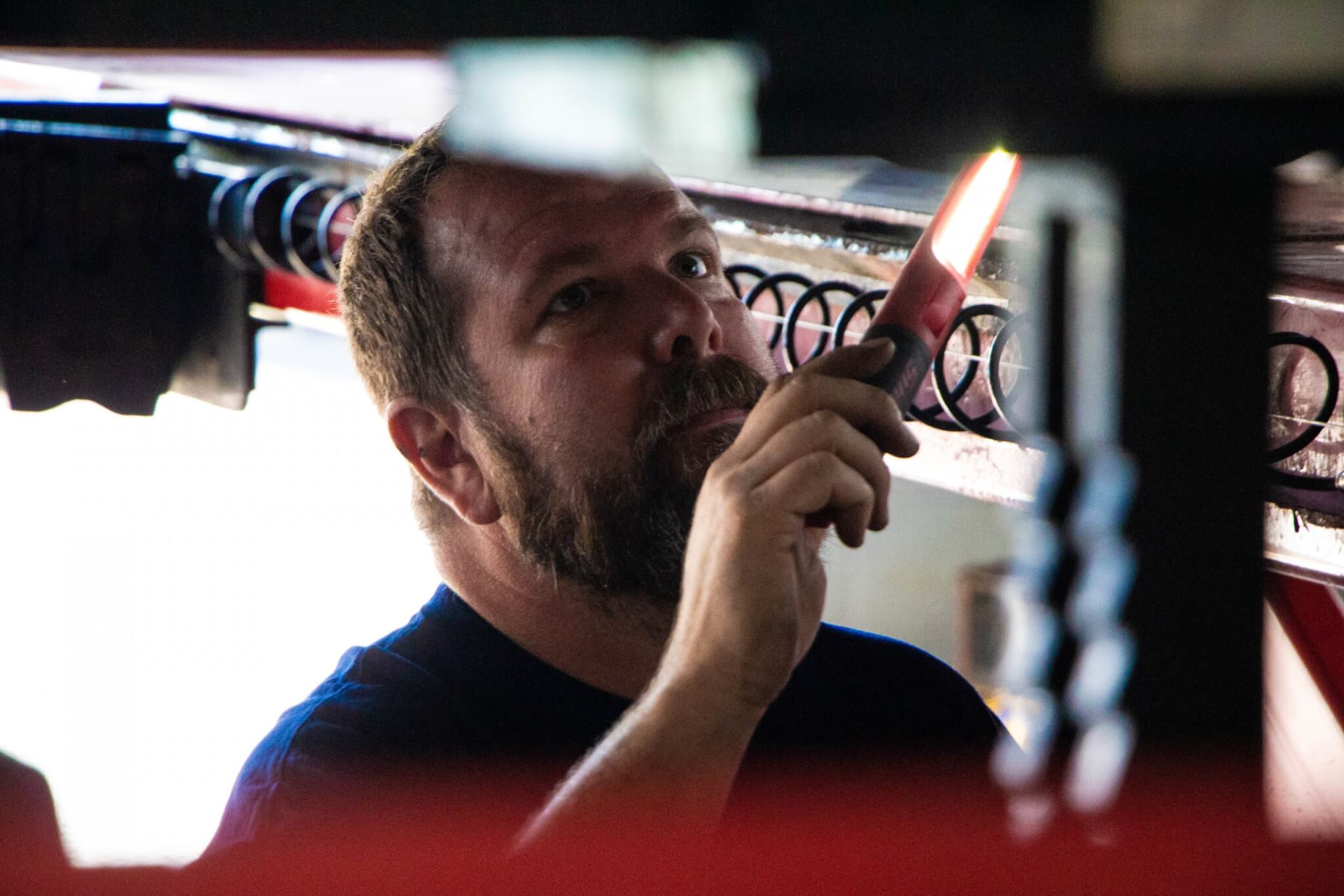 Finding the problem is very often far more time-consuming than repairing the problem, so it’s important to get paid for both. Photo by Lemmy.

Sure, some customers won’t like it. But let’s remember that a service writers are in sales, too. You need to sell the customer on the value of your service, which includes your diagnostic capabilities. You also need to highlight what they’re getting for that money. First, they get access to the tools, knowledge, experience and effort of your techs. You’re providing a solution, not parroting what the scantool says. “Bank 1 lean” is a problem. The customer needs a solution.

Second, they get the peace of mind that if it’s repaired incorrectly, the onus is now on the shop to remove the bad parts, rediagnose and reinstall correct parts—and they won’t be paying for that second time around the block. Diag fees are essentially insurance for both parties.

Charge the diag fee at the counter, and have the tech earn it in the shop.