There are tons of reasons for and against doing work outside the shop. I think my views have changed a little as I’ve been in the game a little longer, but this aspect of the job is contentious. I’ve heard various rationale, some of it quite compelling. I do think it’s something worth bringing up both here and in most shop settings. I certainly have my own beliefs on the topic, and I bet you do, too—but it’s probably best if the boss and the techs are on the same page. (And the writers. This topic affects anyone in a shop who knows how to turn wrenches.) 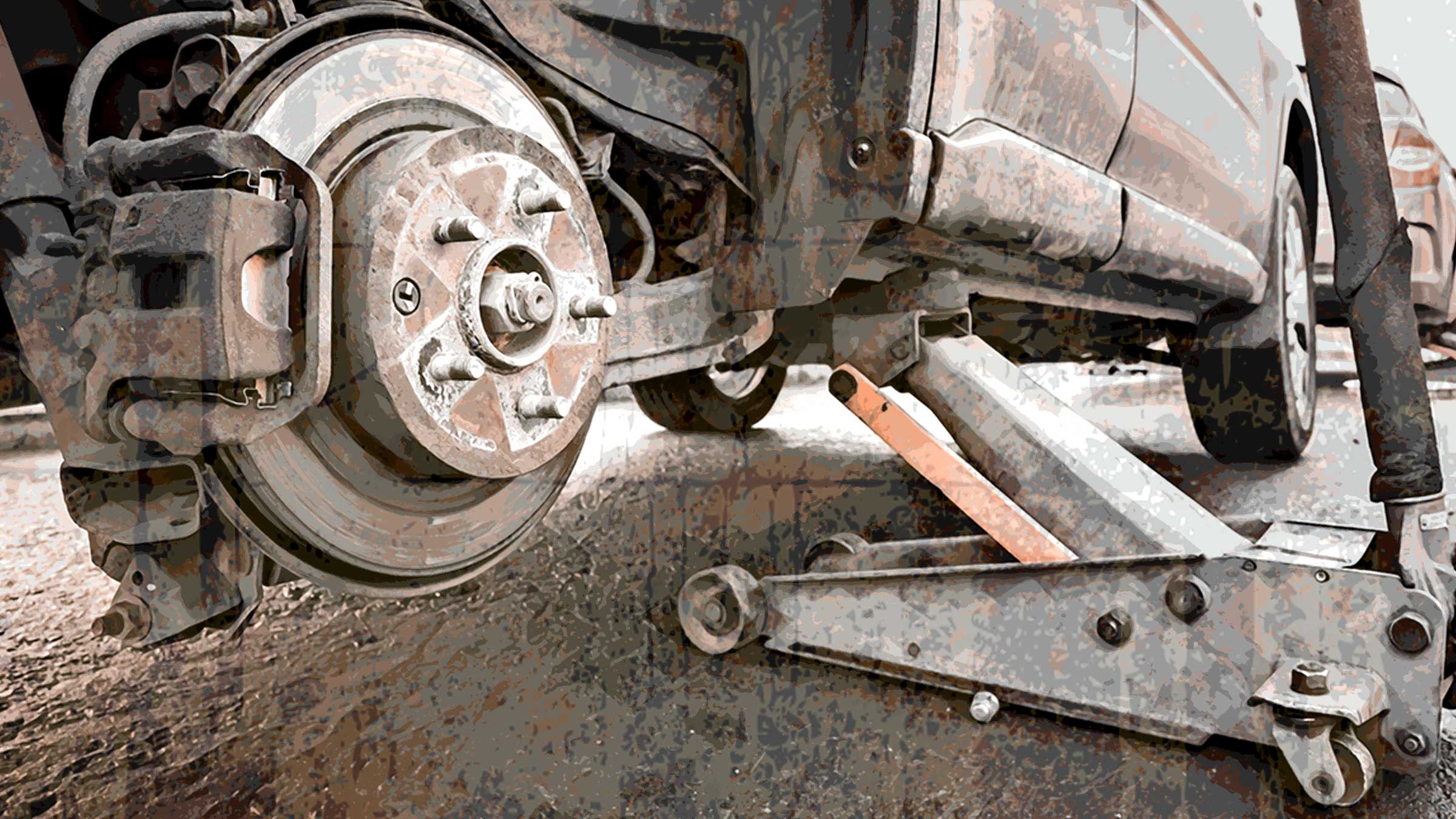 At what point does “business” become “shop business?”

In the shop’s defense, side work pits the shop against the tech, and the shop is often at a few disadvantages. First, and most obviously, if a tech is actually walking business out of the shop, they’re actually paying the competition to compete. This is not always the case, but this version of moonlighting is especially expensive for a shop owner.

In a smaller region, a case can be made that the customer may have used the shop to perform the work if the tech was unavailable due to a lack of other, better options. A tech can travel. A shop cannot. If a geographic area is being picked clean by techs at night and they’re hitting guarantee during the day, a problem is obviously unfolding.

Ultimately, if side work hurts a shop enough to close down, one mechanic stuffing his own wallet a bit may cause a few other technicians to be without work at all, which is an ethical concern for both foremen and wrenches alike.

This can be worse where items like state inspections are made artificially inexpensive by law. It’s not uncommon for a tech to perform the side work on a vehicle, and then have the customer swing by the shop to get inspected. In this scenario, both parties know full well the shop won’t get any work, but the shop will sell the inspection at a loss, not knowing the car has already been checked out and repaired.

Shop owners also rightly point out that nearly all side work is performed under the table, giving the tech an advantage percentage that’s easily in the double digits. If some or all of that cost delta is passed on to the customer, the illegitimate side work enjoys a pricing model that the shop cannot touch. Even if a tech is claiming the income on state and local taxes, he hasn’t paid a business license and thus isn’t charging and submitting sales taxes from the customer.

There is an element of overlap to consider. If a tech is tired from a previous job, left necessary equipment at home, or is injured during a moonlighting gig, the tech profits, but the shop will suffer loss of income. Consider even a shop where side work is permitted in the shop after hours. What happens if a car is damaged in the shop? What happens if a customer is hurt? In a less-serious scenario, what if a disassembled car becomes stranded on a lift, due either to a lack of time for the repair or inability to source parts after hours? All of these items directly impact the profitability of the business.

In most places, it is perfectly legal for private employers to regulate employees’ work outside of the workplace, and many shop owners avail themselves of that ability. And if a shop implements a policy prohibiting or limiting moonlighting, it does raise the question of whether that applies only to new hires or all techs. Do existing techs need to be compensated to curb the practice if implemented in the middle of employment? If they aren’t and forced out of side work, will they leave? Can the shop absorb that loss? Implementing these policies is not a cut-and-dried task.

But how about the obverse of the coin?

Many techs feel it’s not equitable to be prohibited from legally seeking prosperity on off time, the thought being that the veil of employment should not cover all waking hours of an employee’s life. Similarly, preventing a tech from using the tools he has bought from which both he and his employer benefit doesn’t seem entirely fair, either. 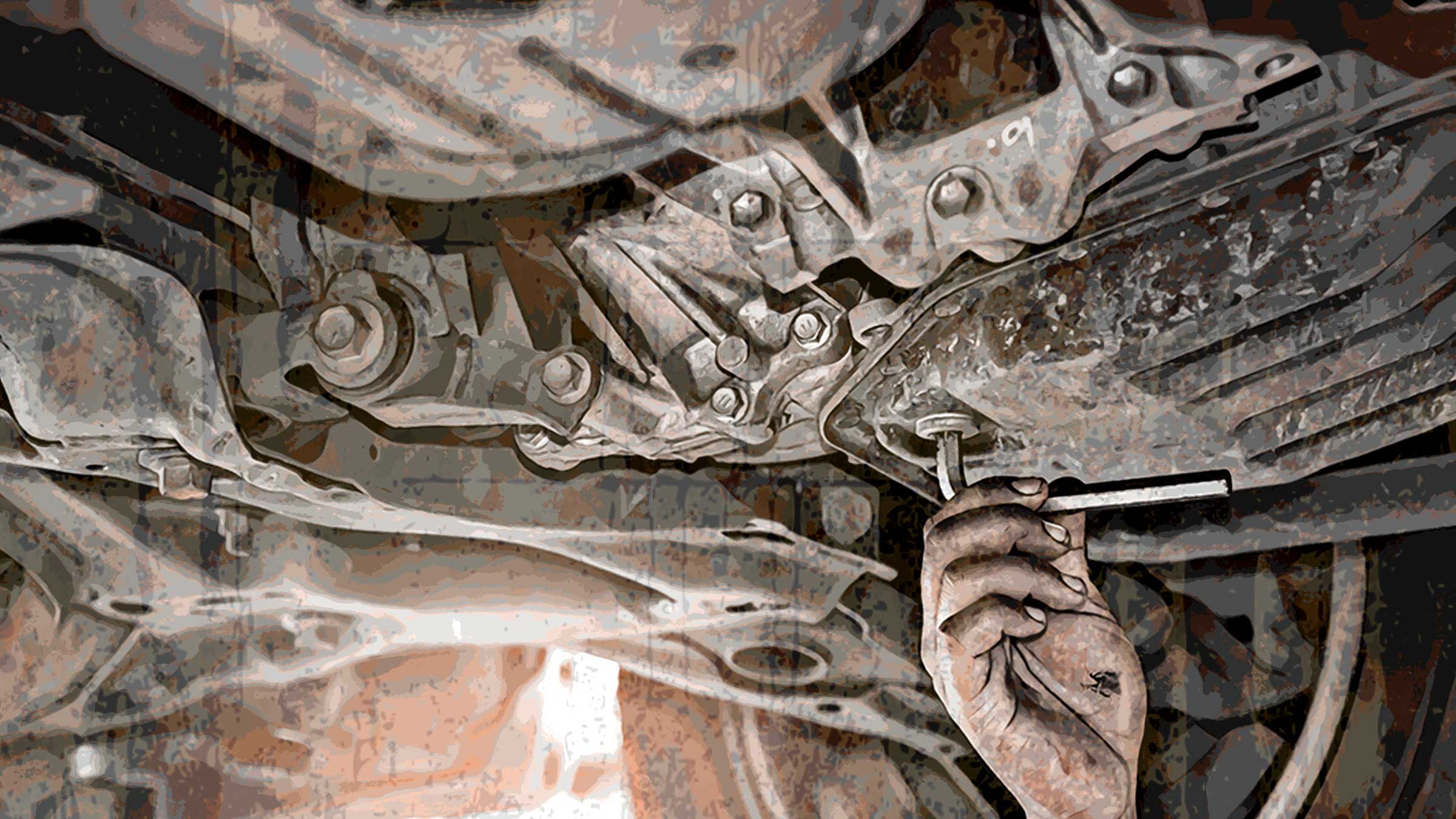 Repair tool or Instrument of destruction? It’s all a matter of perspective.

Another item that comes up is the matter of pay plan. Most technicians are not hourly or salaried. Instead, the pay scheme for most mechanics is more akin to that of an independent contractor. Work equals pay, and no work equals no pay. (Unless there is a guarantee, which is generally not generous and usually not something most techs are expecting to hit.) If a tech is twiddling his thumbs because the shop has no work, it can be excruciating to be disallowed from leaving early to moonlight and instead scrub a shop he doesn’t own gratis.

Related to that is pay itself. Most mechanics are not highly paid, relatively speaking—the BLS says the mean wage for a mechanic as of May of 2021 was $44,720 annually. At that same time, though, the average household income was $70,784, so a mechanic in a single-income household was pretty likely to need the financial relief moonlighting income provided.

Add to this that all too many shop foremen and owners have either been out of the game long enough or never wrenched at all, and the power to fix the cars lies solely with the technician. It’s a bit of a slight, since those positions often clear similar or better money than the tech. Not only can many in the shop not perform the stated task of repairing a car, but they aren’t tooled appropriately for it and often don’t have much sympathy for the person turning the wrenches—but will happily yell to get a job done under book time or beyond quitting time.

Many techs will also make the argument that much of the work they are doing is not a choice between the shop and the moonlighting mechanic. Some mechanics will work on different equipment, like a diesel truck mechanic who moonlights on heavy equipment or agricultural equipment. Is an alignment tech really hurting a chain tire dealer if he’s installing a lift kit on a side-by-side by night?

Does a shop even want business from an owner whose car demands parts that are never in stock and a tech with specialized knowledge of yesteryear?

Others point out that work on very old or specialty vehicles isn’t work most standard automotive shops want to take on anyway. Still another faction points out that when a customer is price-sensitive enough to seek out moonlight work, the shop is not even an option, but rather the choice is between a moonlighting tech servicing the vehicle or the owner.

Finally, a reasonably intelligent tech will realize the burden of discovery of policy violations lies with the employer, which means an employer must monitor an employee’s residence and/or track his off-the-clock movements. This well may fall within the boundaries of the law, but it does smack a bit of Ford’s Sociological Department. It may be permissible, but is it ethical? Normal, even?

I’m certainly not going to be an impartial arbiter of what you should do as a tech or what your shop should do. I wouldn’t be hubristic enough to think I know your shop’s situation, but I would encourage all parties to think about the ramifications of side work and at very least develop a policy—together—on it. 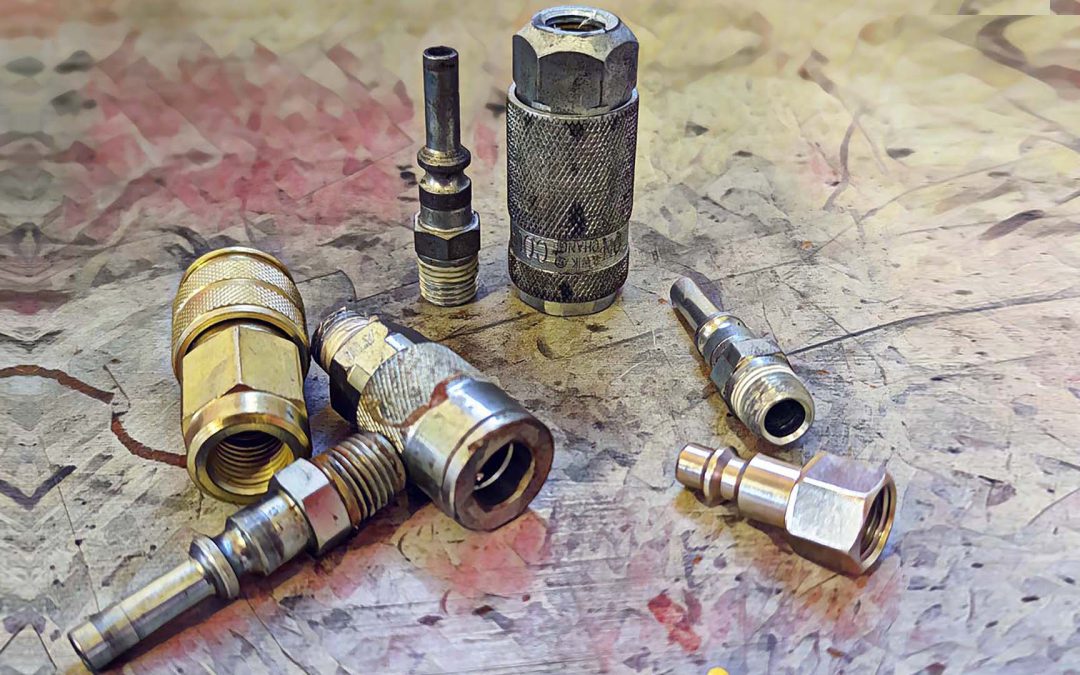 Geography by way of fittings and couplers

What does your shop use? Where are you? Can you help us make a map?

How accurately can you torque a fastener? (VIDEO)

Torquing accurately without a torque wrench is harder than it sounds, as you can see we learned in this contest in the Dorman Proving Grounds.

What type of part should you use to repair a car?

There’s a spectrum of parts ranging from fresh and new to tired but cheap. What should you use and when?