0 Comments
I’ve got a soft spot for arcade racing games. Sure, simulation racing games are great and all but, to me, nothing beats a racing game with hot starts, token or ring collecting and forgiving drift physics. “Horizon Chase Turbo” was offered as a free game as part of my PlayStation Plus subscription, so I downloaded the game to my PS4, dug into it, and now it might be my favorite racing game of the last 30 years. (Note: This isn’t a paid advertisement for the game or anything – I just really like it!)

Do you have fond memories of ‘80s and ‘90s arcade racing games like “Out Run,” “Top Gear,” “Pole Position,” “Rush,” and “Cruisin’ USA?” Then, man, is “Horizon Chase Turbo” the game for you. It captures the throwback look of 8- and 16-bit games as well as the neon vibe of the ‘80s. The graphics are old-school polygon style and the race backgrounds look like they came out of an episode of “Miami Vice.” The soundtrack, created by Barry Leitch (who also composed the soundtracks for “Top Gear” and “Lotus Turbo Challenge”) also puts you in an old-school arcade racing mood, with pumping synthesized electronic music in the 8- and 16-bit game style. 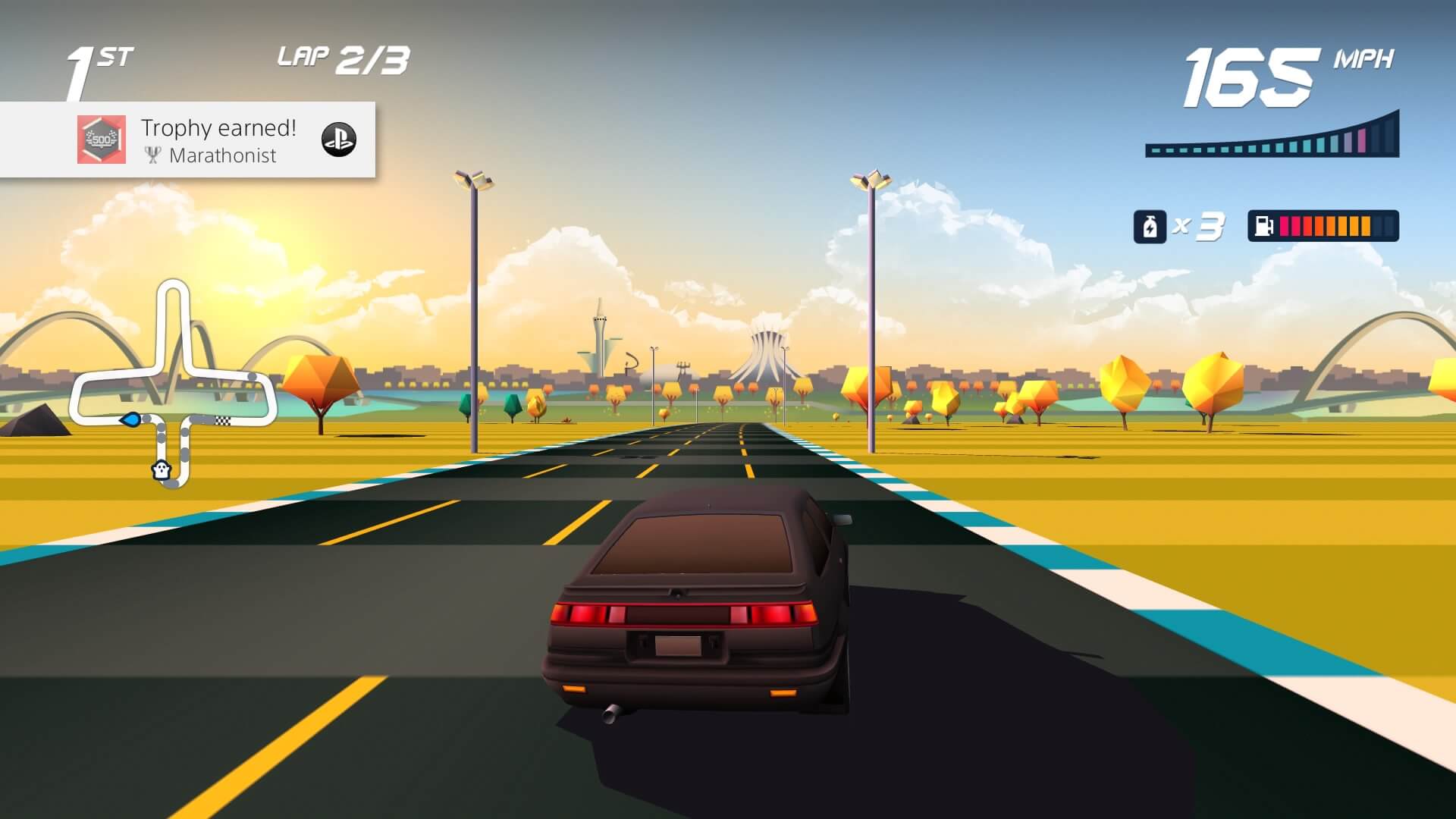 There are four basic modes in the game: World Tour (a massive championship with three races each in 12 countries), Playground (online multiplayer on a selection of limited-time races), Tournament (four races per tournament, in groups of four, eight, or 12 tournaments, depending on difficulty), and Endurance (a random 12 races, where you lose if you don’t get at least fifth place in any race). Although the locations in the game are real-world locations, the tracks don’t try to mimic any real-world tracks; they’re just generic arcade racing tracks.

There are a total of 35 different cars, most of which you unlock by completing objectives. All cars have various abilities, with different ratings for speed, acceleration, handling, fuel, and “nitro” (a boost that you can pick up during the races). Most of the cars are generic versions of real vehicles. For example, the “Explorer” is a DeLorean and the “Janis” is a VW bus. There are 12 different upgrades you can acquire for your car, most of which are unlocked by collecting credits from each race. These upgrades apply to the five different abilities that come with every car. 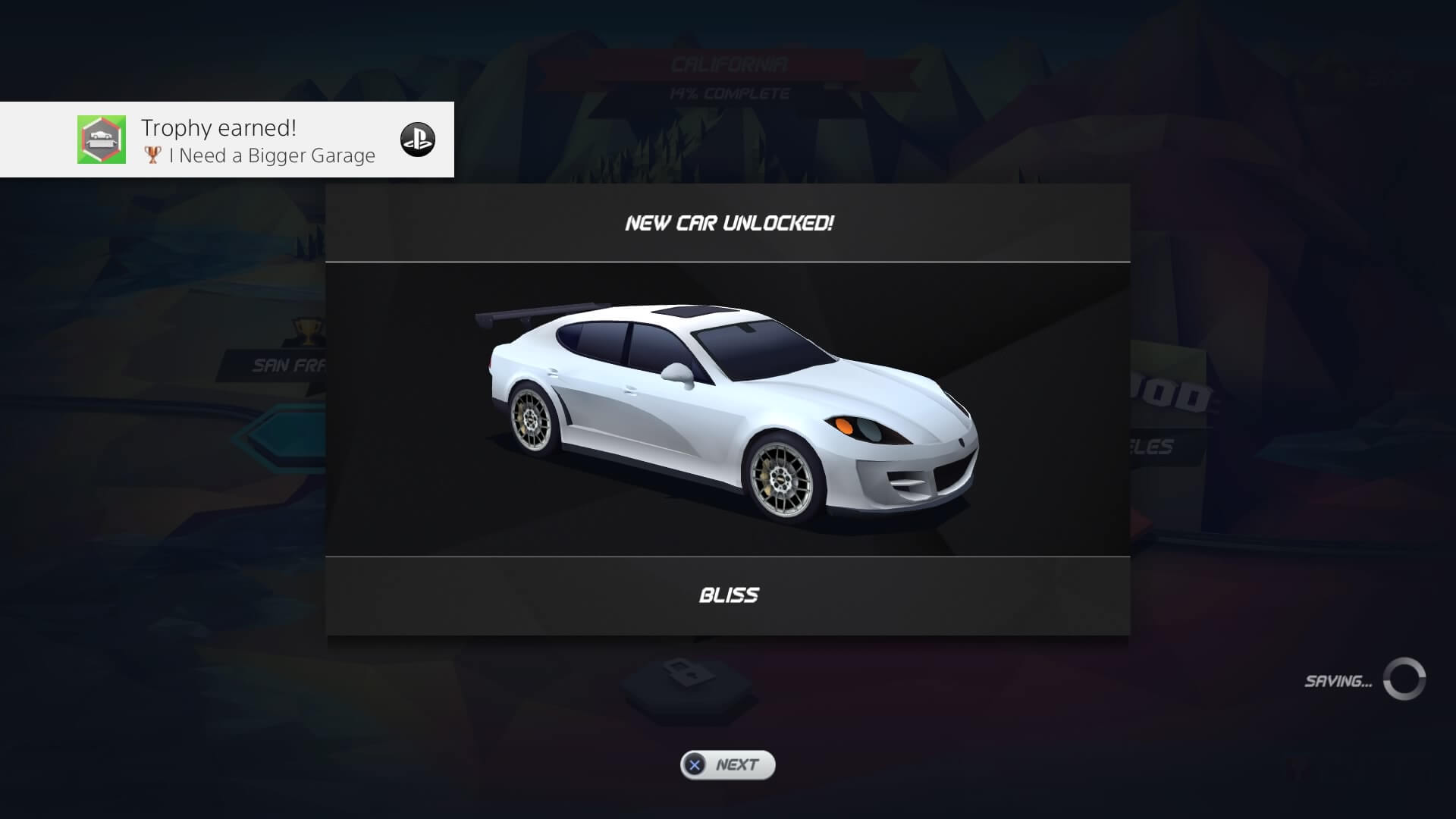 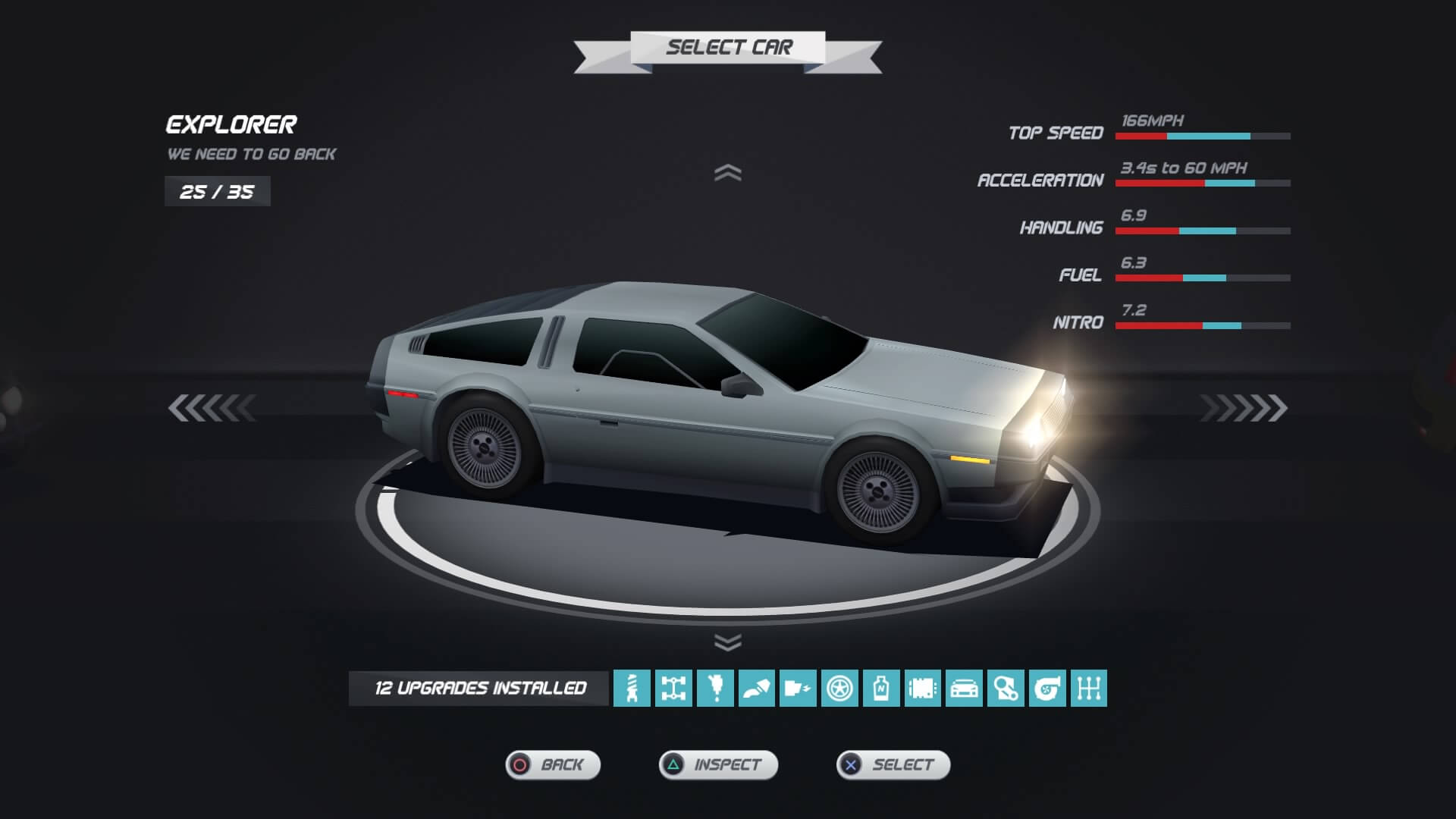 As previously mentioned, there are tokens you can pick up during a race, which add to the credits you earn at the end of the race. You can also pick up bottles of “nitro,” which you can choose to deploy at strategic points in the game to give you an extra boost when you need it. There are also gasoline cans you can pick up for fuel. The nitro and gas cans add a bit of strategy to the game: you could, for example, select a car with lesser range but with better handling or speed and plan on picking up gas on the track. The racing style is true to arcade racers: you can drift by simply letting off the gas or braking at key points and it’s very easy to execute, especially with cars that have good handling. If you run off the track, you just spin out and can easily recover, without the time-wasting process of crashing and resetting on the track. And, of course, if you hit the gas at the right moment at the beginning countdown for the race, you get a nice boost off the starting line. Clearly all of this borrows heavily from the old-school arcade racing games that you probably pumped quarters into. If you really wanted to mimic the feel of those games, you could use a racing wheel controller to replicate the arcade racing games that you used to climb into at the moving theater or bowling alley. 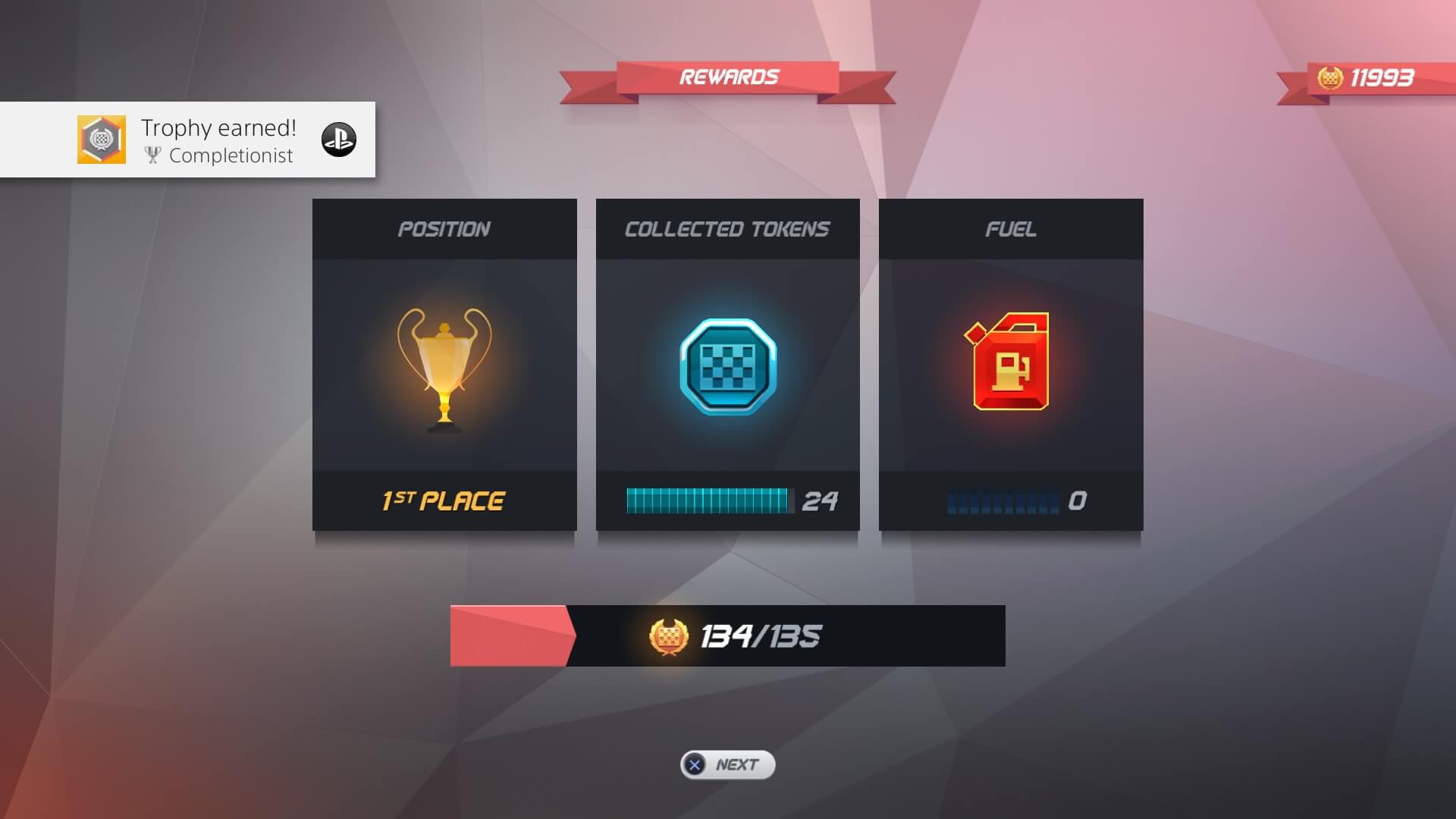 Thus far, there are three downloadable content (DLC) packs for the game: Rookie Series, Summer Vibes, and Senna Forever. The Senna Forever DLC is particularly interesting. Since the developer, Aquiris, is based in Brazil, Senna Forever focuses on the racing career of Brazilian Formula One driver Ayrton Senna. The Career Mode in the DLC takes you through different races in Senna’s career, along with information about his life and career. It’s an enjoyable tribute to a racing icon from the developer’s home country and one that I found particularly interesting, as I was not familiar with Senna before playing the game.

Now before you say, “Oh, you’re just looking for an easy racing game,” I’ve played racing simulation games like “Gran Turismo”, “Project CARS”, “Forza”, etc. They are great games and amazing in their accuracy. Hell, I just played “Dirt 5” recently and had fun with it. But after a while, all that time spent trying to master threshold braking, maintain control of a car as the tires lose traction, and properly enter and exit turns wears on you. After the one billionth time of failing to figure out the proper approach to a turn on an ice track so I can successfully drift through it, I just want to have some simple fun, you know?

“Horizon Chase Turbo” may be four years old, but , it’s the one I keep going back to when I need a video game racing fix. Maybe this type of game will only appeal to older gamers who have fond memories of going to actual arcades. Maybe younger gamers would prefer the hyper-realistic simulation racing games with the latest and greatest graphics. But the basic gameplay of racing games doesn’t change, regardless of the quality of the graphics, and I think that there’s enough fun to be had in “Horizon Chase Turbo,” that even younger gamers will find that it has high replayability.

Watch the video to see the game in action!