Five different types of service techs everyone knows, based on how they manage their tools

This story begins with the lack of a garage when I was growing up. Tools never had a consistent place in my house. Every time I blew up a tire or popped a chain on a bicycle, I would spend more time tracking down the correct wrench (or my trusty and incorrect rusty adjustable wrench) than the repair took. But then things changed. 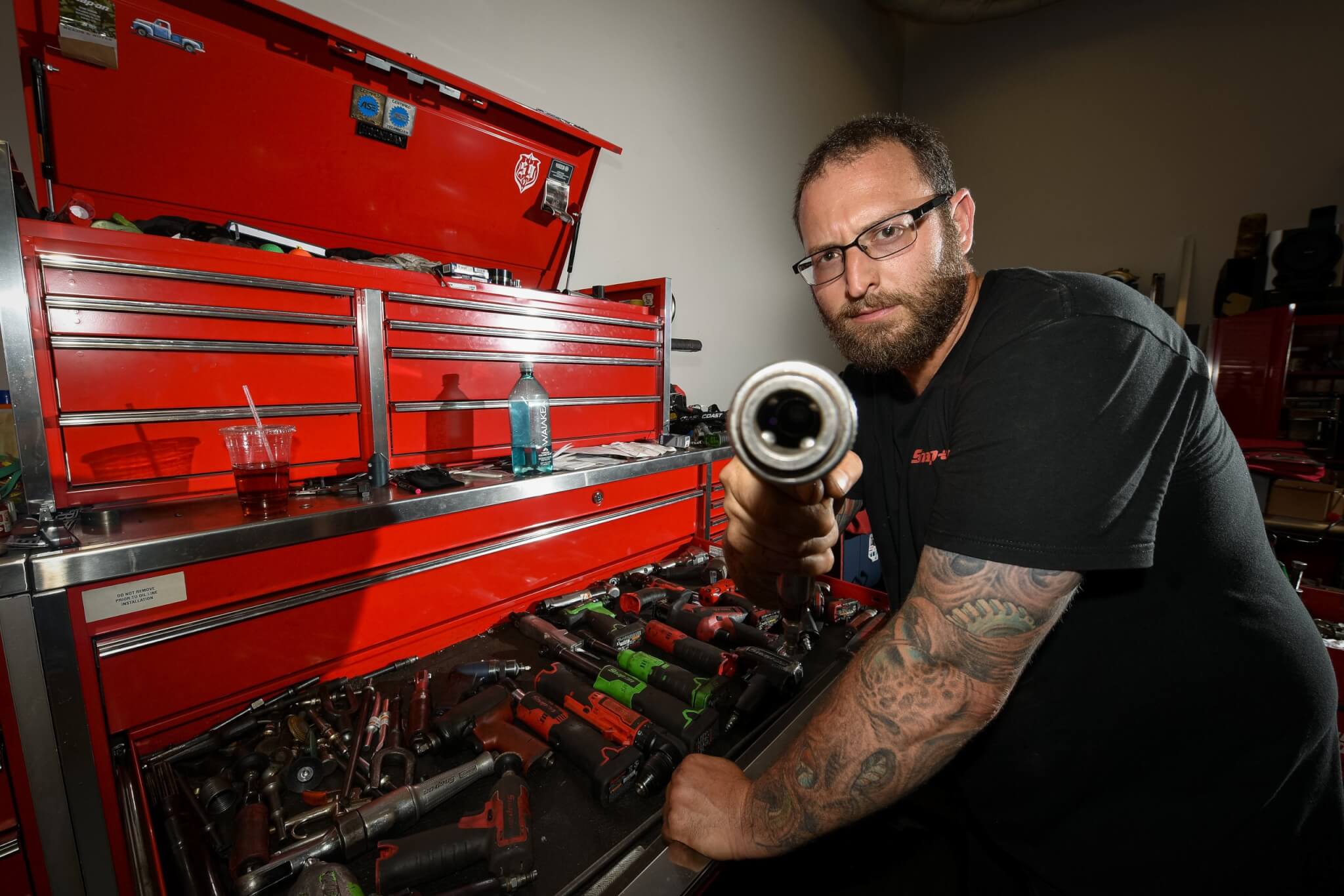 What type of tech are you? Photo by Mike Apice.

Fast-forward my life a bit to my first job as a parts runner. As I would be carrying in boxes of filters, pads, or plugs, I paid special attention to how techs organized their tools. I was always fascinated by how differently each tech tailored their bay to their individual approach to repair. I was focused on the organization and how that impacted their ability to do their job efficiently.  I was, however, blissfully naïve to one of the most important factors: the cost. I received a lesson in economics years later while I was working the counter at a shop. I complimented one of the techs on his flashlight and asked him where he got it. He explained that he bought tools from a guy that stopped by the shop. That was strange to me, but I made the mistake of letting him know I wanted one. The lesson I learned? Ask about price. I couldn’t imagine that it took a six-week layaway payment plan to afford a flashlight.

That was when I was able to really grasp why there were so many different approaches to each tech’s setup in his bay. Let’s meet some recurring characters who represent how people rank different factors in the decision-making process. Note these people are all fictional, yet at the same time very, very real people.

This wrench has a 40-year-old Snap-On box, but inexplicably that’s never where his tools are. He has an overfilled cart and extra benches that are covered in parts and tools. This guy is like a mechanical packrat. To anyone else there is absolutely no sense of organization, but his ability to remember exactly where everything is allows him to function more quickly on complex jobs than the guy that has everything (in what most people would call) its logical place. 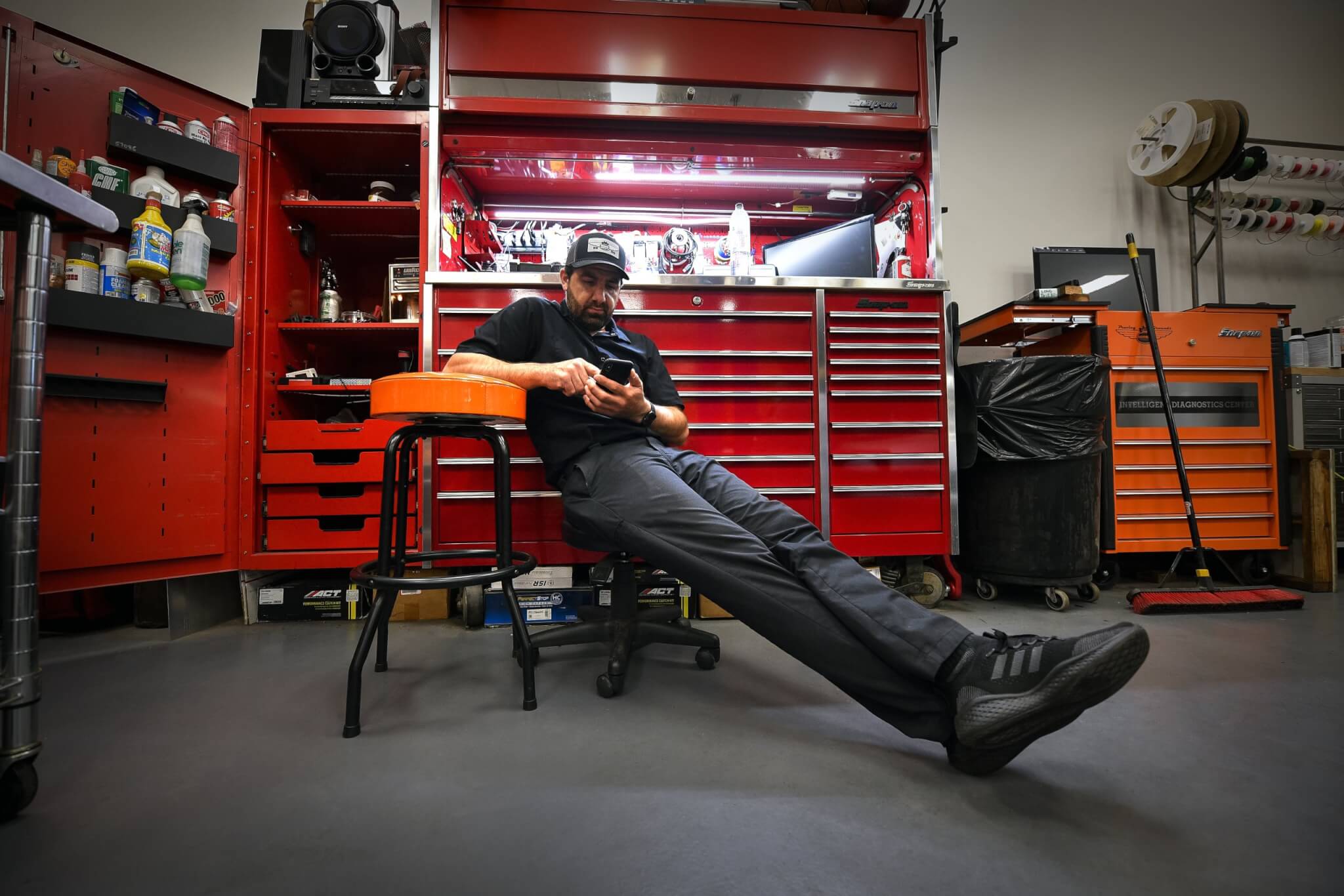 I’ll admit when I was younger, this was the coolest guy. You know this tech; every shop has one. He always has the cleanest, most expensive setup and everything is always purchased brand-new. He was the first guy that had a box that wasn’t red. (That was a big deal back then!) In addition to his super-nice toolbox, he also has a super-nice lunchbox: this tech is always forking over his lunch money to the nice man on the tool truck. Constant new tool discussion can be grating, but you want to befriend this mechanic. This is the guy to see to borrow I-just-need-this-one-once-in-my-life tools. 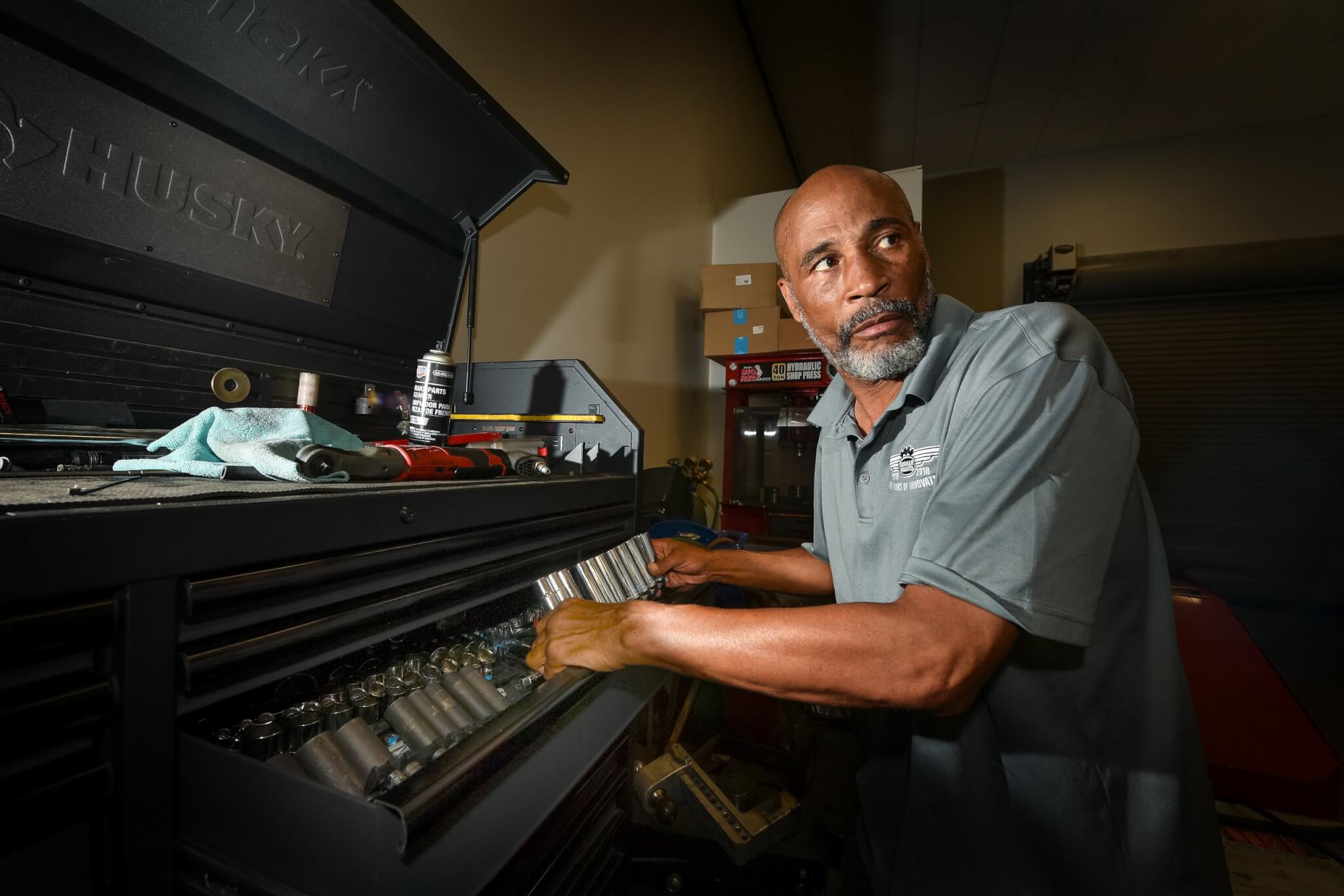 Does the toolbox matter, or do the tools? Both? Maybe neither. Photo by Mike Apice.

This guy is the polar opposite of the tech described above. You can quickly identify his box by the multiple stacks of beat-up Craftsman, Kobalt, US General, and completely unknown boxes that looked like they were dragged out of a river a thousand years ago. This tech often owns a lot of tools, valuing those since they actually make him money. However, this unfortunate soul can never actually find any of them because they’re squirreled away in 75 tiny drawers. 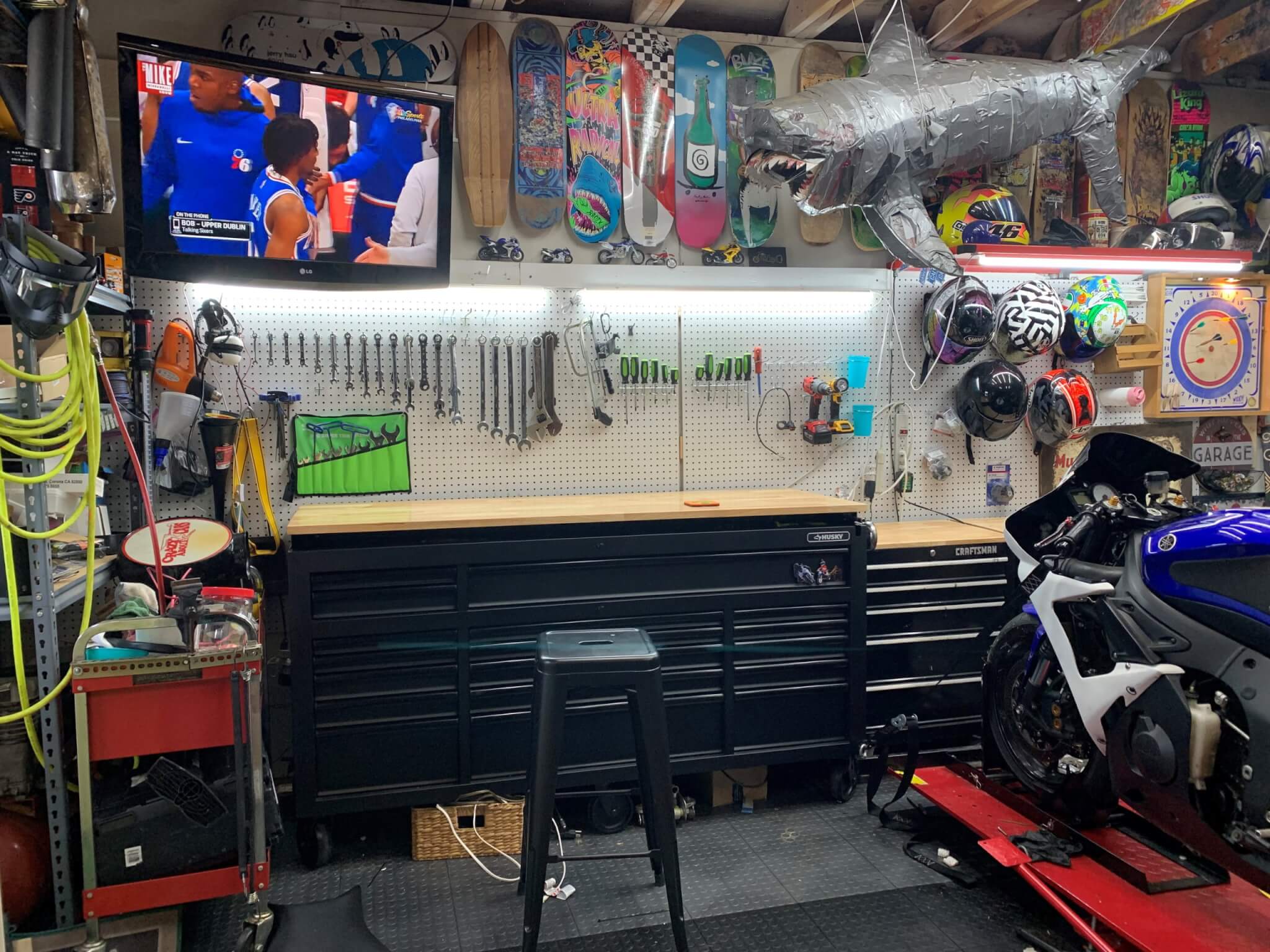 You don’t have a TV in your bay? Photo by Dave Grasso.

This could be the most impressive mechanic. He has a way to get every job done quickly and efficiently, but the tools are so archaic you can’t even recognize them. The results are often fantastic, though, because he’s been using those same tools since the car was invented. Drum brake lining rivet tool? He’s got one. Carb synch tool? Which one would you like to borrow? Generator growler? That’s at home; you can come by after work.

And now, I present to you, the Universally Most Hated Tech In Every Shop. Drumroll, please!

Oh boy. You can always spot this guy because he’s never at his toolbox. Instead, you’ll spot him standing at YOUR bench with an expensive tool (also yours, of course) sitting on it, waiting for you to return so he can ask to use it. This is someone who sees nothing wrong with repeatedly borrowing a 14mm wrench, helping himself to your washer fluid, and never buying you lunch. Maybe it’s alimony or maybe it’s apathy, but something prevents this goober from acting like a normal human being.

All kidding aside, is it really worth it to spend a small fortune on tools? My opinion, formed over the last few decades, has shifted a bit. There used to be such a large gap between quality tools and boxes and the cheap stuff. If you needed to make a living and put food on the table, the initial investment was worth every penny! Times are beginning to change, though. The quality gap between the high-end stuff vs. cheaper options is narrowing. The quality gap is actually closing faster than the price gap, meaning there’s an option to develop a mix that works for you.  Would I choose to make a living utilizing multiple $100 Craftsman boxes? No. But I’m also not willing to spend $10,000 on the latest tool-truck box, either. For my use these days, there are plenty of durable options in between, and the same holds true with tools.

Say, you got a door spring compressor I can use real quick?