I’ve kind of had it with headlights.

I mean, headlights are grand. Heck, I need them more than ever; I’m no spring chicken. Driving at night has become harder for me as my vision has deteriorated. However, other drivers operating their headlights incorrectly or impolitely are testing my patience as of late and making nighttime driving harder than it needs to be. Some of the recent technology integrated into headlights is actually making the vehicles less safe, because motorists aren’t using the pieces as they were likely conceived.

Let’s take DRLs for starts, which exist ostensibly to increase safety. I’d argue daytime running lamps (also known colloquially as “city lights”) are making the roads less safe. DRLs in the United States are permitted equipment, but not mandatory. They come in several forms: some cars turn on an auxiliary bulb (often incandescent) within the headlight housing. Other cars light up the fog lights. A third system steps the voltage down on the high beams and runs those at reduced power. (Halogen headlights are remarkably insensitive to being run at lower voltages, I have found. And I always thought it was clever this voltage reduction was isolated to the high beam system in a quad-headlight setup, as those are a little less critical should one burn out.) 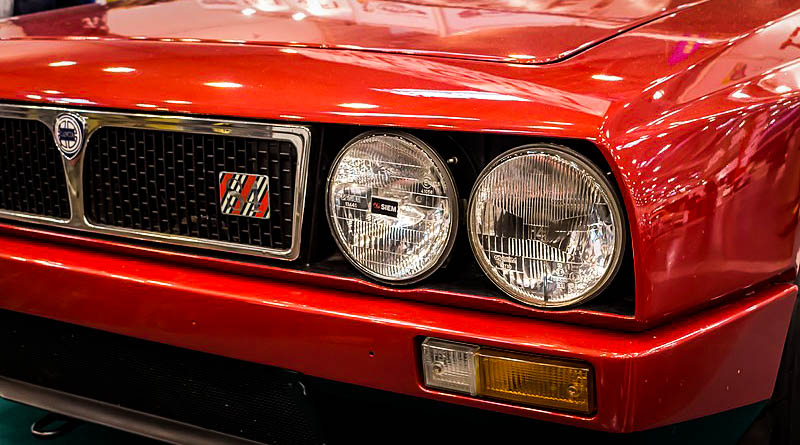 Does burning headlamps during the day really make road users safer? The answer seems to be murky at best. Image by Matti Blume.

But I digress. NHTSA studied DRLs a few years back, and other than some slight reduction in some crash severity for light trucks and vans, efficacy of DRLs in making the roads safer appeared pretty questionable to them. Other studies have been more positive about the effects. It might sound a bit conspiratorial, but my suspicion is that carmakers use DRLs so widely because they’re free or nearly free to implement, but it’s a tangible safety selling point.

The two downsides to DRLs

Here’s where my gripes come in. There are a few distinct spots where I think DRLs lead to decreased safety. The first deals with motorcyclists. Ever since 1979, most motorcycles in the United States have been built so the headlights run constantly, and many states require the headlight to be burned while operating the vehicle. As such, for many years, an illuminated headlight was almost the exclusive signature of motorcycles. With more and more cars using DRLs, drivers may not be as likely to respond to the unique actions of motorcyclists. NHTSA seemed to agree: “Overall, DRLs seemed to increase daytime single passenger vehicle-to-motorcycle crashes.”

Admittedly, at a statistical level, motorcycles make up a pretty small chunk of road users in the USA. (I might point out while the odds of a DRL causing a motorcyclist to be hit, the stakes of such a gamble seem pretty high.) 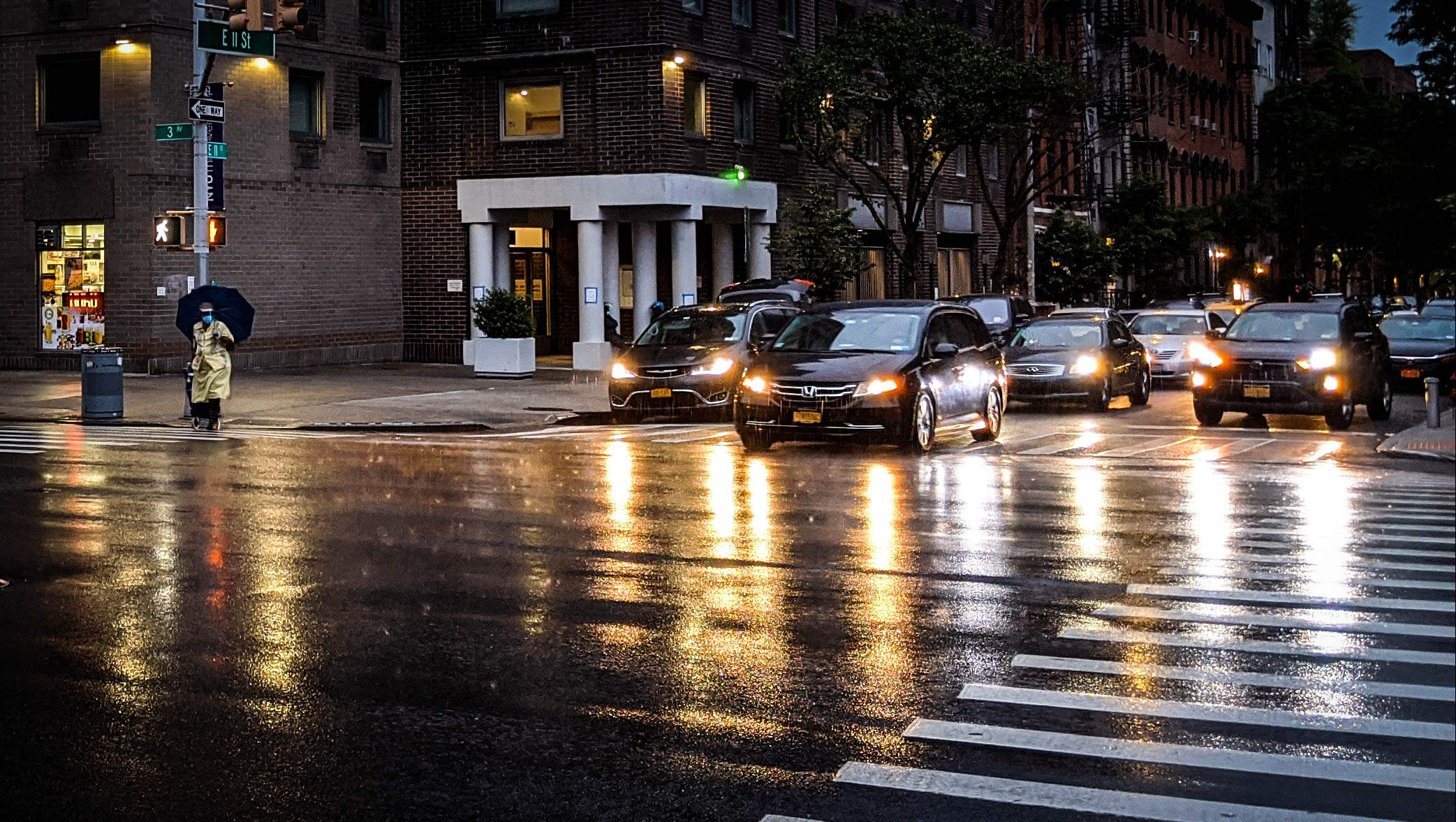 Turning on the headlights is a task that is decreasingly handled by drivers directly. Image by Jim and Janine Eden.

DRLs really grind my gears because they make cars very hard to see at night. Why, you may ask? Well, they’re hard to see from the rear when a driver has not turned on his headlights! If a car is not equipped with automatic headlights, especially around dusk the DRLs can provide enough illumination that the driver thinks the headlights are on, but they’re not. That reduced visibility at the front is bad enough, but the rear of the car is a nightmare. Even with mandatory retroreflectors built into rear-facing vehicle lighting, coming up fast on someone with no taillights burning is a hair-raising experience—and one that’s increasingly common.

Then, of course, there are the drunk drivers who don’t get popped for having no headlights (The cop doesn’t realize it’s just the DRLs on!), and the truly clueless who see some type of forward illumination and never turn their headlamps on, even after dusk changes to straight-up dark. These jokers are equally annoying and dangerous to me. They shouldn’t be on the road with lighting that bad (or at all, in case of the drunk driver), but they are, and in many casese for far too long—“saved” by DRLs.

Auto dip beams are a problem, too

The other side of this coin are auto dip beams. In theory, these too should be helping increase nighttime safety—if a motorist has failed to switch from main beam to dip beams, a light sensor incorporated into the vehicle can determine if another vehicle is in the path of the headlights and automatically dip the beams. (Most systems can do this for oncoming lanes of travel or same lane, in the event coming up on a slower-traveling vehicle.)

I’ve interacted with several of these systems, and while some are better than others, all of them are truly impressive in their ability to assist a driver. None, however, have been better than an attentive driver. You know how sometimes you can see headlights as another car traveling towards you is cresting a hill? I haven’t seen an autodip system yet that can best a human in that scenario.

They aid a good human and make average motorists really good. They do not supplant an attentive motorist. And that is the crux of this whole issue. 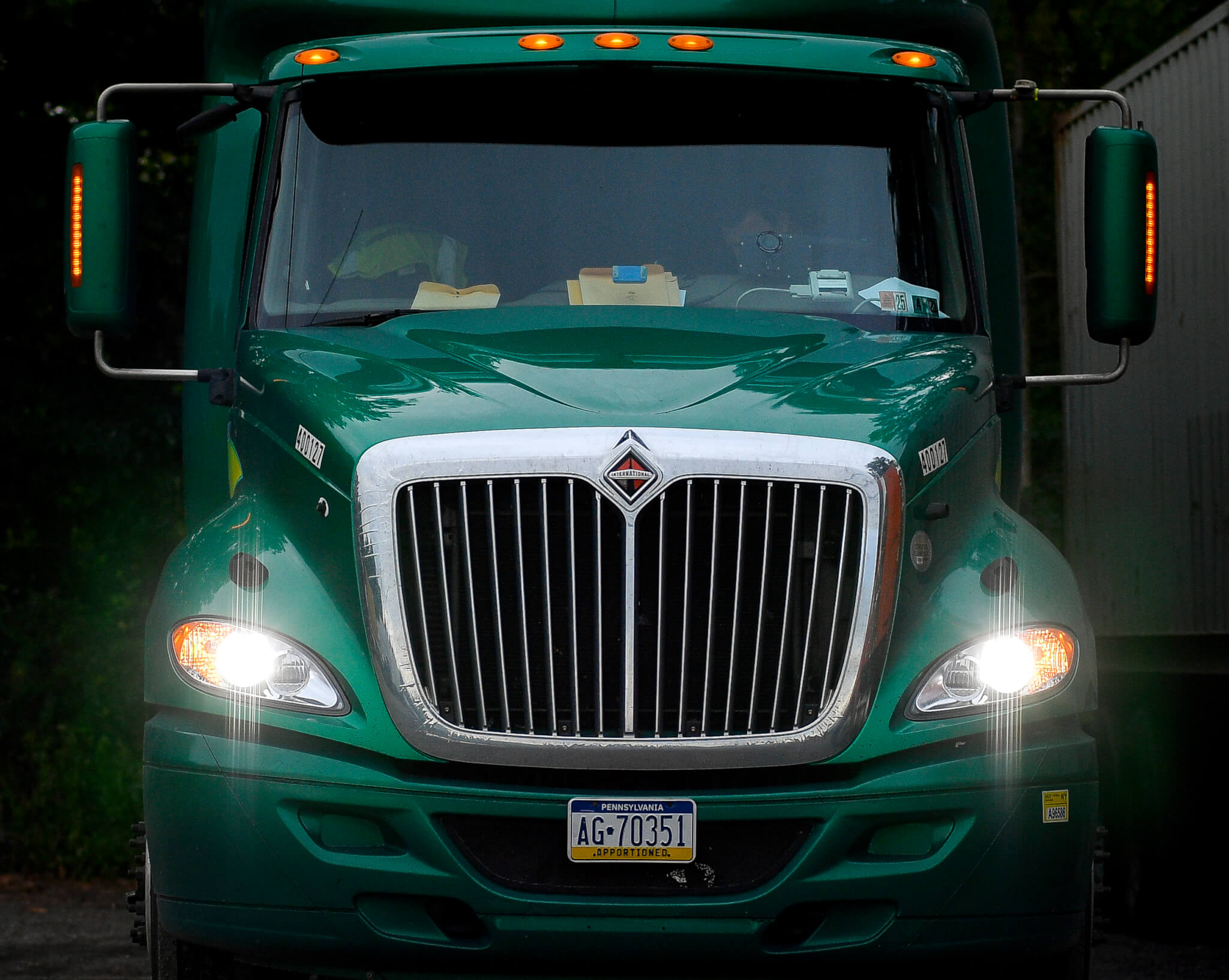 Technology is misunderstood by motorists and the people marketing it

These headlight improvements are designed to counteract driver inattention, be it the driver or the inattention of other motorists. The problem, however, is that they are driver aids, not replacements. DRLs may save a crash, but cause another one as a motorcycle profile now just blends into general traffic. Auto-dipping headlights do work well, but they do still turn the headlights down only after someone’s been dazzled pretty well.

If technology can improve to the point where a human can lower their input of effort, it’s fair to assume they will, even if that’s not the intent of the design. So as long as the default action of most motorists is to “let the car turn the lights on” or “let the car dim my high beams,” we’re going to have a conflict between what the driver aids are capable of and what they actually do in practice.

Have we come to the point where we need to design the car to operate not with or for the drivers, but in spite of them?