Detroit geology: all about Fordite, an automotive gemstone

Ever heard of Fordite?

Fordite, often called Detroit agate or motor agate, isn’t a rock at all. In fact, it has nothing at all to do with geology—but it’s not very different than a sedimentary rock. Unlike sedimentary formations, Fordite is not composed of layers of minerals and organic materials and subjected to extreme pressure to achieve its stratified appearance. Like rock, though, heat plays an important part. Fordite, you see, is made of paint. 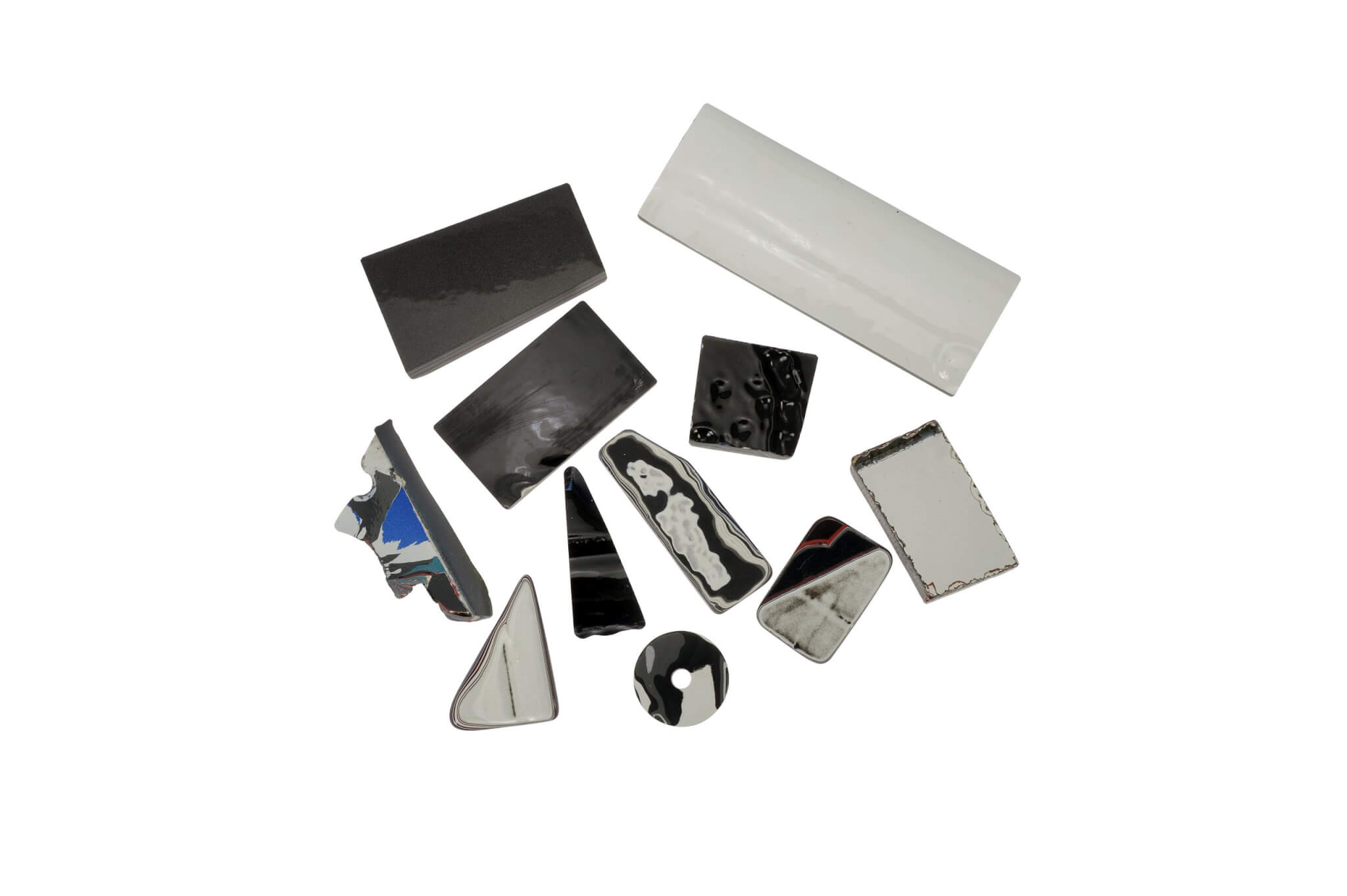 Here are a few chunks of Fordite that have been cut but not polished. The “B-side” isn’t very attractive until… Photo by Mike Apice

Specifically, Fordite is made of automotive paint. It’s a general term for heavy deposits of cured automotive paint, applied layer after layer. In the early days of the automobile, vehicle paint was actually applied by brush, and worked heavily by hand between coats. Dozens upon dozens of layers of paint were not uncommon. As the automobile transitioned into a mass-produced good, paint techniques changed. The paint “spray gun,” powered by compressed air, came to fruition in the 30s, and things sort of took off from there. 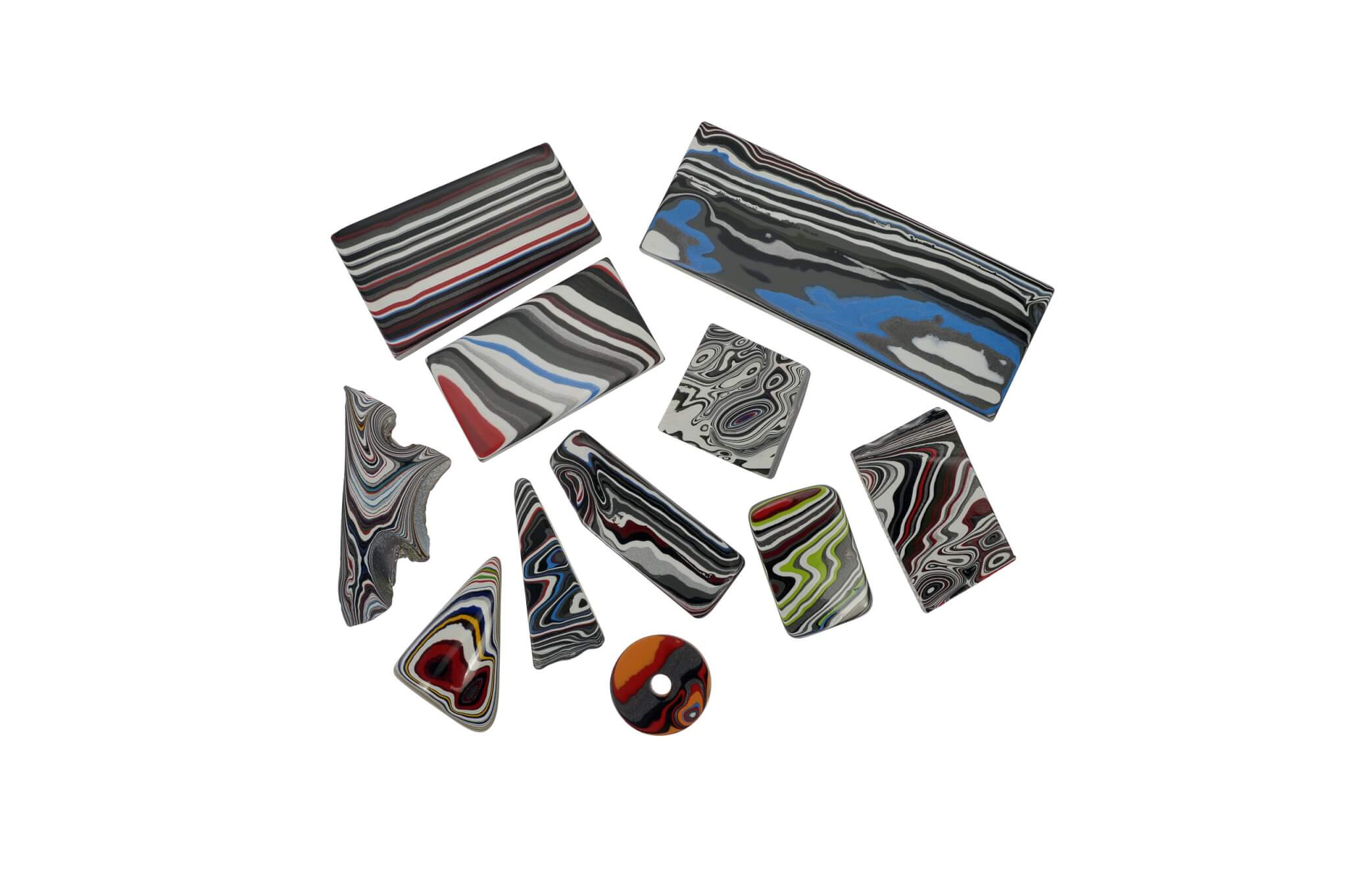 …the colored layers are exposed and the paint is brought to a high luster. Photo by Mike Apice.

Production lines expressly for paint were set up by the major auto manufacturers in order to speedily paint vehicles in an array of colors to appeal to customers. These paint lines had equipment that was also subject to overspray—dollies and carriages and tracks and wheels to move the vehicle bodies. Periodically, the overspray buildup had to be chipped away for the equipment to continue to function. That paint slag was thrown away and treated as waste until some workers realized the hidden beauty inside—hundreds upon hundreds of layers of different paint. It’s said rock hounds began showing up at the factories and offering to help clean and remove the paint. Although not a gemstone, Fordite can indeed be cut and polished and brought to a high shine. 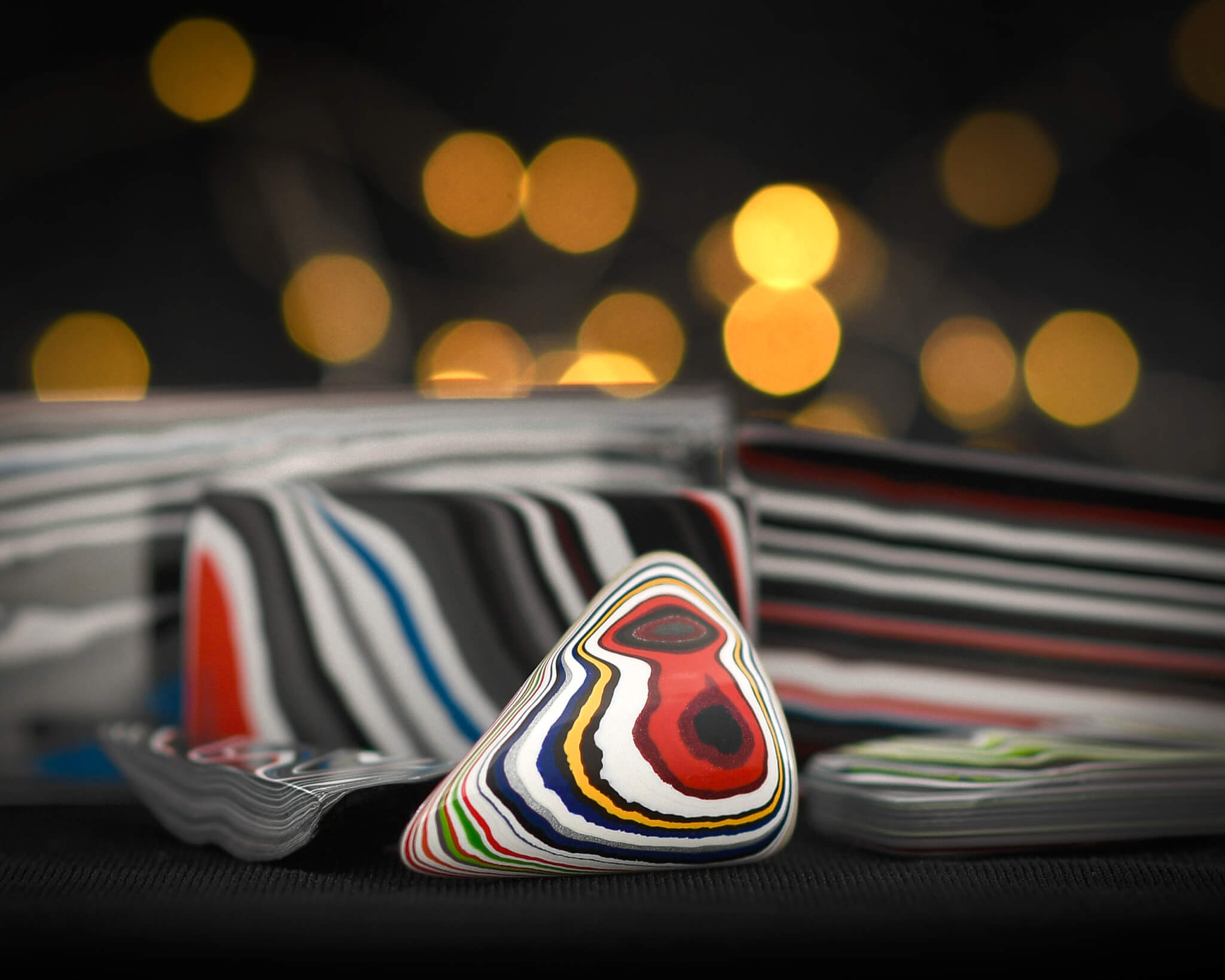 You can find beauty in the oddest places. Photo by Mike Apice.

Due to the curing process heat baked each layer of paint, so Fordite is fairly stable and hard, not unlike an actual gemstone. Nowadays, different methods of paint application (namely electrostatic deposition) are used, greatly cutting down on paint waste and effectively eliminating motor agate from production, but there are still smaller factories spraying traditionally, so it’s not entirely out of production. The Jeep plant out in Toledo, I believe, still sprays, as does the Corvette plant in Bowling Green. I also have a piece of Kenworth Fordite, too, and of course a body shop could ostensibly create this stuff. In a sense, it almost throws back to those original hand-lacquered cars—there’s no shortcut to making Fordite; one needs layer after layer after layer of paint, along with the associated heat and cure times. It is, however, reasonably difficult to come across nowadays, and is certainly collectible automobilia. Different pieces can be dated based on the paints they display. Earlier pieces are the most valuable and sought after.

If you have access to paint slag and want to try your hand at makin’ something purdy, it’s reasonably easy if you have supplies around for correcting paint or final finishing. I generally cut a chunk to the rough dimensions I want and shape them with a flap disc to bring out an interesting pattern. You’ve got to work for a reasonably flat surface; working across the grain yields too many layers for your eye to pick out.

There’s probably a joke in here about the very earliest Fordite (“…any color he likes so long as it is black.”) But in seriousness, I think any car aficionado who’s ever been curious about the assembly line can appreciate the beauty and the process required to create motor agate—it’s just a neat little beautiful thing from an unexpected place.