What’s the next big powerplant fad?

Some engine styles aren’t always in fashion, you know.

As technology stamps its way down the path of progress, things change, and what worked yesterday doesn’t always work today. Engines were fairly staid for a long time, and depending on when your life started, what you expected to see under the hood of a given vehicle has probably changed over the years. That leads me personally to ask a question: what’s next? Before I give ya my take, let’s look into some notable changes of the past.

We’re not rewinding all the way back, but in the 60’s, the straight six was a wildly popular base half-ton light truck engine. That held true for forty years, but it was supplanted by more compact naturally aspirated V6 units for a combination of reasons. Size, weight, and emissions technology all helped ring in the death knell of such sturdy units as the Stovebolt Chevy and derivatives, ChryCo’s Leaning Tower of Power, Ford’s venerable 300, and the Jeep I-6. 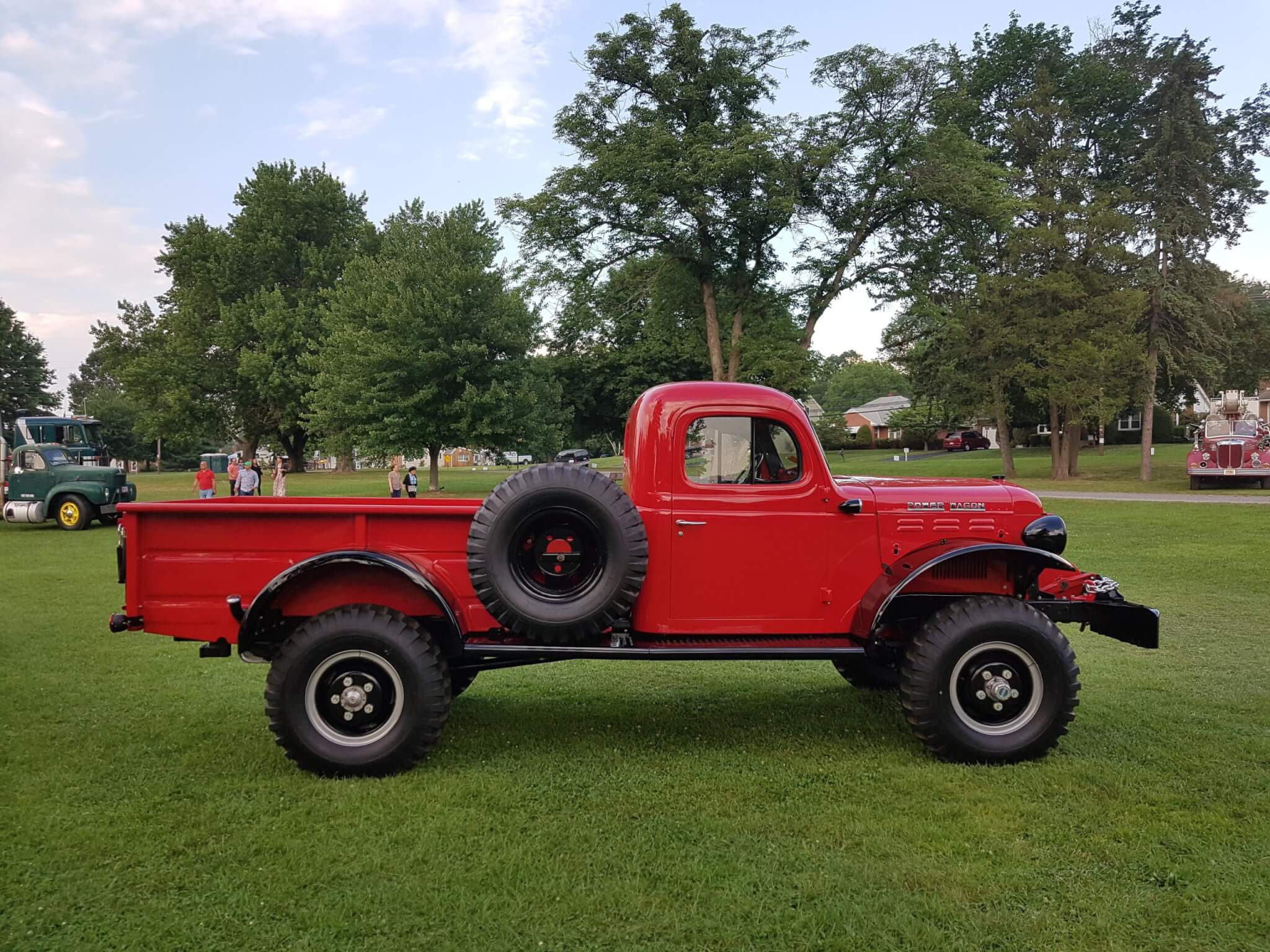 Dodge made wonderful use of the I-6. The flatheads and the Slant Six are still the stuff of legend today. Many buyers reasoned that with the correct gearing, nearly anything could be pulled—but usually gearing dictated that would be at a fairly low speed. Today’s buyers have different demands. Photo by Lemmy.

By 1997, the base model full-size truck from The Big Three all featured a V-6 mill. In 2022, the landscape is wildly different. If you’re looking for the poverty-spec full-size truck, Chevy has a turbo I-4, Ford and RAM will sell you a V-6, Toyota ships a twin-turbo V-6, and Nissan uses a standard V-8—there’s an awful lot of variety under the hood, which I find a bit surprising.

Similarly, passenger car motors have gone through an interesting cycle of popularity. Unlike the trucks we just discussed, the driver for much of the change was due to packaging constraints: the cars holding the engines morphed and the drivelines did, too. Wagons and coupes waned in popularity, leaving primarily sedans through the oughties, which have in turn been largely abandoned for AWD SUVs, CUVs, and other “softroaders.” 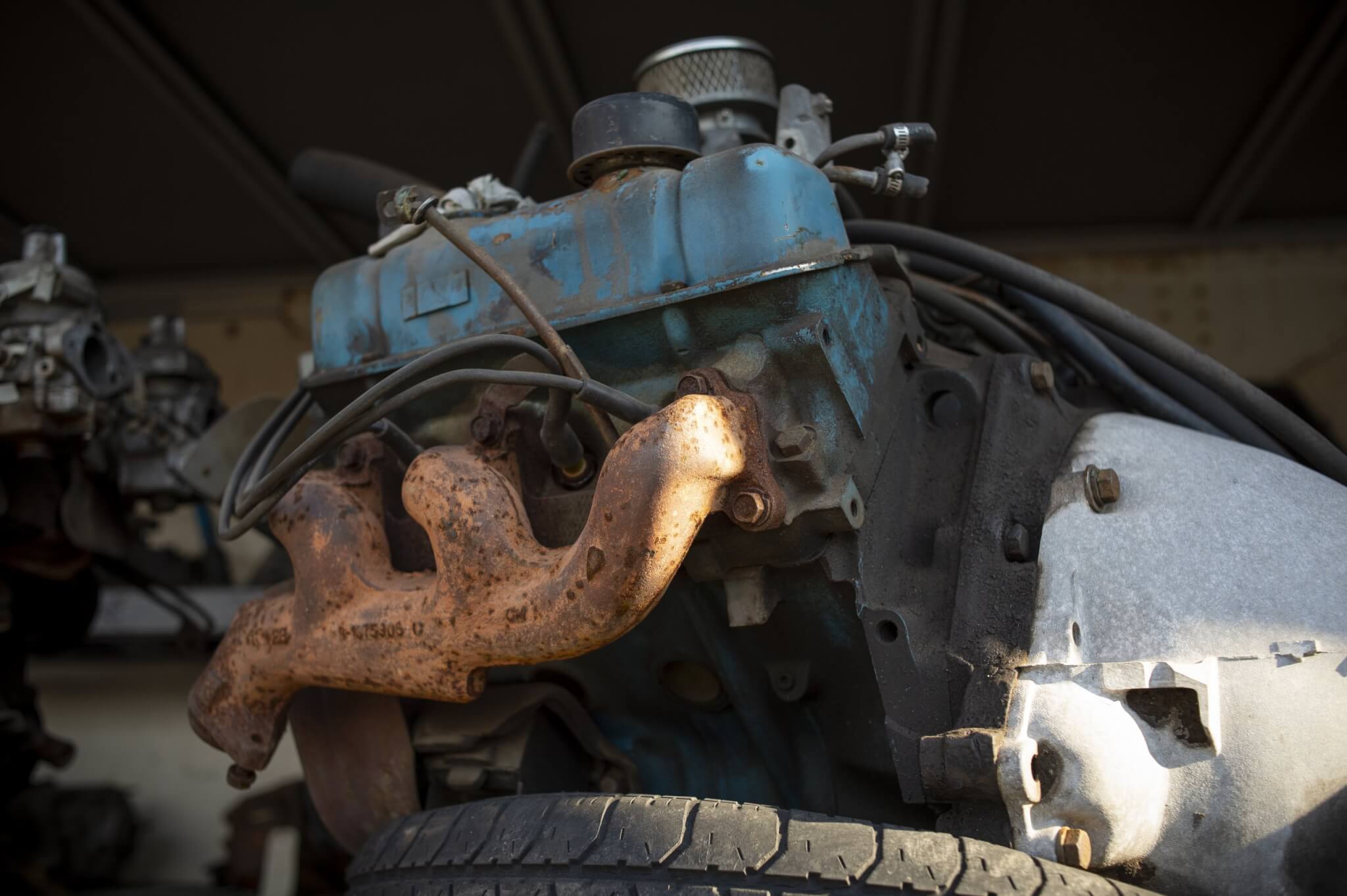 The Buick V-6 has a long and storied history in passenger cars, eventually spawning the 3.8L engine family, seemingly found under every hood in America at some point. (And before anyone points it out, yes, I’m aware this probably came out of a Jeep with that manifold; AMC owned the rights to the Dauntless motor for a time.) Photo by Mike Apice.

The mid-tier motor in 50s, 60s, and 70s sedans and coupes was usually a small-to-midsize V8. In the 80s, as coupes died off and sedans and wagons shrunk a bit and shifted to primarily FWD, transverse V6 designs became the norm, and the engines were of fairly large displacement. As the popularity of AWD rose, implementing it took great importance with respect to engine design and affected layout greatly. Engines of many stripes have been shrunk and fitted with forced induction to keep power output acceptable and emissions low, and while the cylinders may be arranged in wildly different ways, there are more commonalities than one might think, like the overwhelmingly noticeable propensity for engineers to design mostly square cylinders of about a half-liter of displacement.

One-ton trucks are my final example. In the 80s, the top dog for pullin’ power was usually powered by a big-block V8. Diesel fuel was cheaper than gasoline at that time, so engines capable of burning it (if available), were offered for reasons of economy, not capability. Dodge, not having a diesel, began fitting the twelve-valve Cummins into their three-quarter and one-ton pickups and sort of kicked off the turbodiesel era. For a brief period, gas-powered V10s made a showing, but the diesel performance rendered them moot. 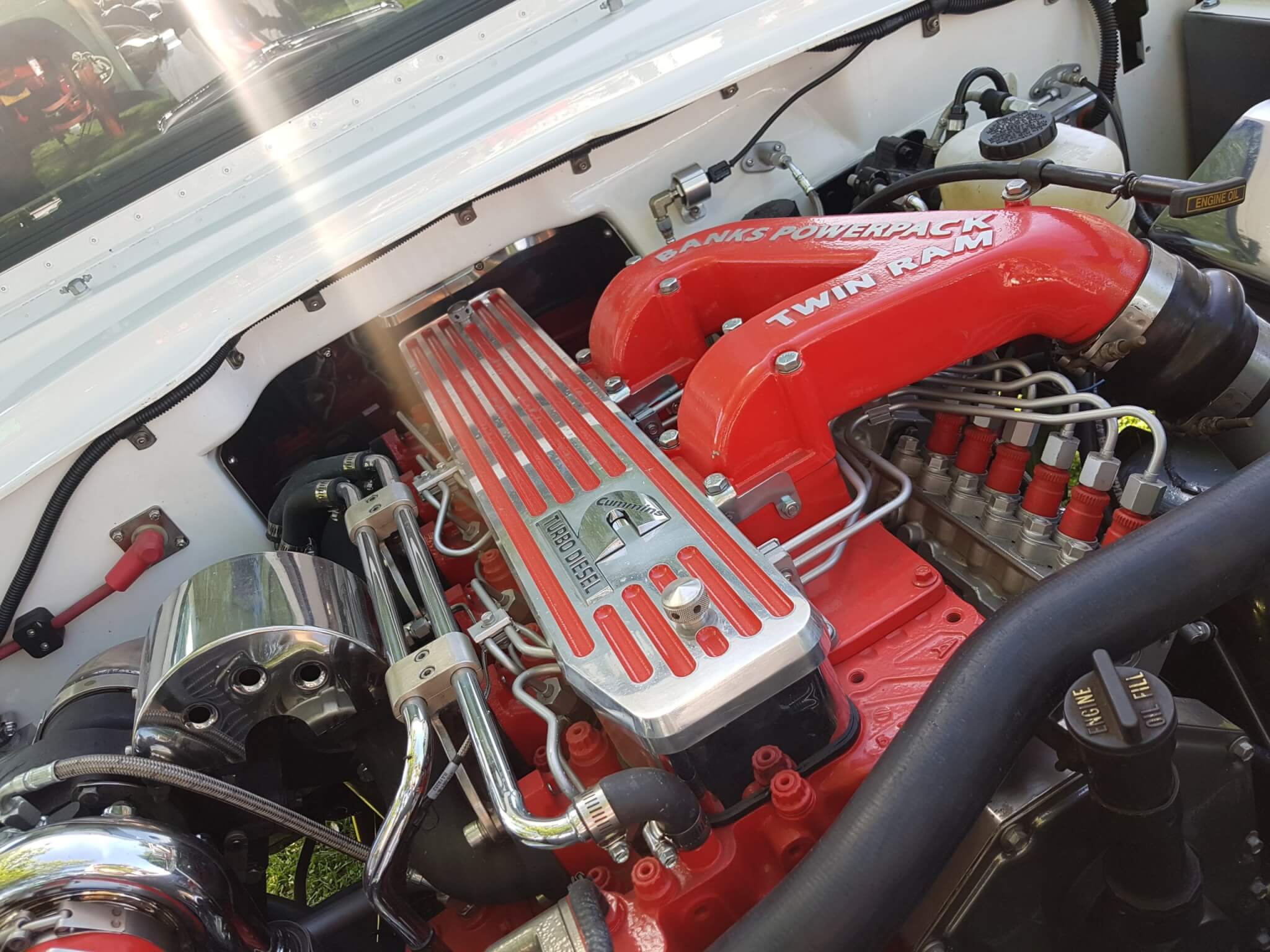 The twelve-valve Cummins really kicked off the current turbodiesel craze, which shows no signs of slowing at the moment. Photo by Lemmy.

Today, of course, across the board, a one-ton truck with the maximum towing rating will be fitted with a turbodiesel.

It would be easy (and a bit of a cop-out) to say, “Oh! The next big thing will be electric vehicles. ICEs will be dead soon.” There is some element of truth there; EVs are becoming more popular. However, I believe their unique characteristics will actually affect ICEs fairly significantly for two reasons. First, all-wheel drive is certainly not becoming less popular. Unlike an ICE-powered vehicle, though, the easiest way to power another wheel is not to siphon power off a central unit but instead to simply place another motor directly onto a wheel. (Tesla does this in its dual-motor vehicles.)

Secondly, most EV batteries are in the chassis floor. Your next question is likely to be, “Why does that matter?”

Well, both of those construction features are pretty incompatible with ICE drive- and powertrains—an AWD gasser needs room in the floor to mechanically send power to the wheels, and multiple small engines would be prohibitively expensive. A manufacturer trying to create one chassis for both drive formats would involve a lot of compromises. Instead, I would expect to see very different vehicle designs depending on drivetrain.

So yes, we’ll see electric powertrains, but they affect the dino-burners. If electric vehicles are the next thing, it would make sense that at some point ICE designs stop progressing, much like the feedback carburetor or the distributor. For all dead technologies, there is a bit of a golden era at the end of life where a device is still usable, but remains unchanged and development stops due to energy being diverted to the replacement. My suspicion is this is where we’ll land with ICE vehicles. It’s very possible we see further development of combustion engines in vehicles come to a halt or progress only in the hands of hobbyist tinkerers.

Maybe some OEM has a grand plan to keep throwing R&D dollars at gassers and diesel-burners, but my suspicion is if that’s happening, it’s a hedge rather than an innovation strategy. So my prediction is that perhaps the current crop of engine layouts in vehicles today stays hip for the next five or ten years and beyond, and that might be pretty great for the final hours of the ICE party before it slows down and stops.