Allow me to deliver you a Very Spicy Take: the Toyota Tacoma is not a great truck.

Oh, it was a great truck. At one point, it was awesome. The Hilux (and later the Tacoma) was small, light, capable far beyond its advertised abilities, rugged, and cheap to own and operate. Without many natural predators in the market, it quickly eked out a niche for itself.

But today? Doesn’t make a lick of sense.

Hordes of man-bunned millennials and newly-minted softroaders eager to let the world know they camp twice a month probably just picked up their pitchforks and are calling for my blood. Look, I’ve owned six Tacomas in different configurations over the years, so this is not an uninformed rant. I just think that “Tacoma” is almost always the wrong answer to any automotive question one might ask at present. 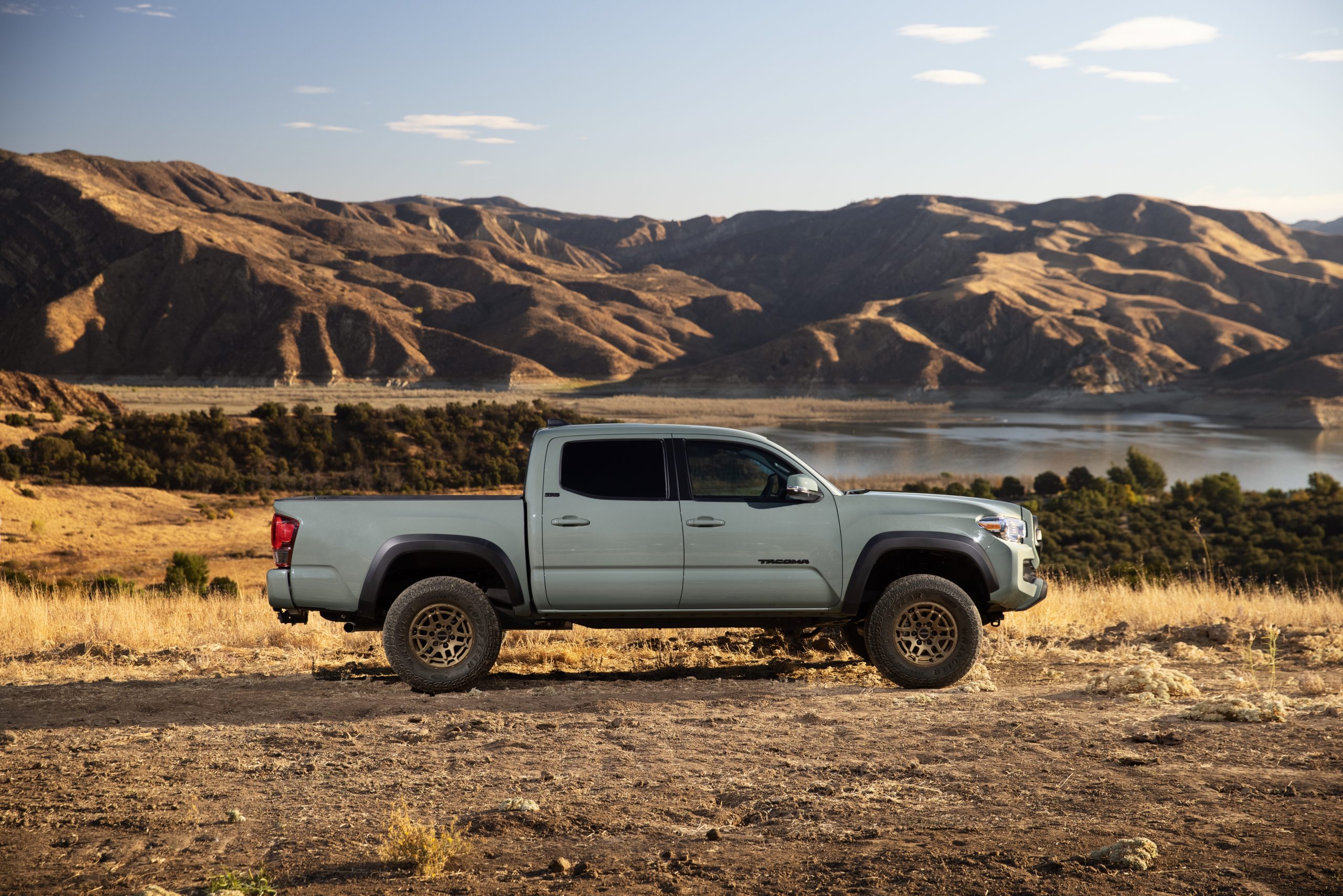 Is the Tacoma still the truck it once was? Criticism might be tough, but some is probably deserved. Toyota image.

The Tacoma got complacent. Or, rather, Toyota got complacent with the Tacoma. Look, low-spec needs to come with low price. Yesterday’s tech cannot come at tomorrow’s prices.

My first gripe with this truck is admittedly minor. It deals with the brakes—specifically, the rears. A ’21 Taco TRD PRO (the highest trim level) with an MSRP of $49,352 has drum brakes in the rear. All Tacomas, actually, come with drum brakes. In fairness, they work well enough. But for fifty g’s… drum brakes? Come on. 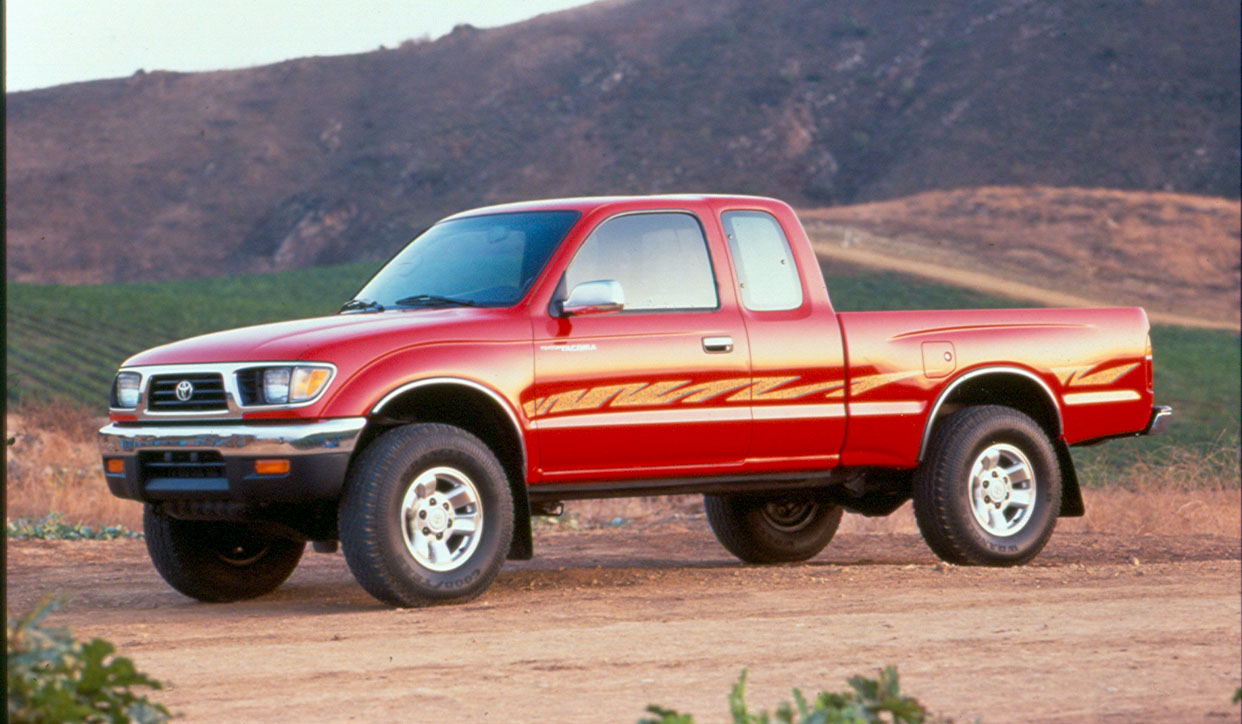 Remember when the SR5 truly was a “Sport Rally” with a 5-speed? Toyota image.

I feel as though Toyota has been slowly squeezing more and more out of Taco buyers as time goes on. In 2014, I remember shopping for a new rig and being very miffed that the regular cab was going away. A few years later, Toyota removed the factory tow package as an option for any four-cylinder truck. Then the five-speed stick was traded for a trans with six cogs in the box, and that could only be had on TRD Sport-or-nicer trim packages. Suddenly a Toyota trailer-hauler with a handshaker was pretty damn expensive. (Keep this trans in mind…we’re gonna come back to that.)

It’s not as though it would cost very much to bring, say, the world-spec Hilux to America. Look at this baby! Steel wheels, regular cab, long bed (with those convenient integrated tie downs!) Stick. Thrifty diesel. I am certain at least SOME similar configuration of this truck could be offered for sale here in the USA. My suspicion is that they have slimmer margins, so Toyota simply doesn’t huck ‘em here. 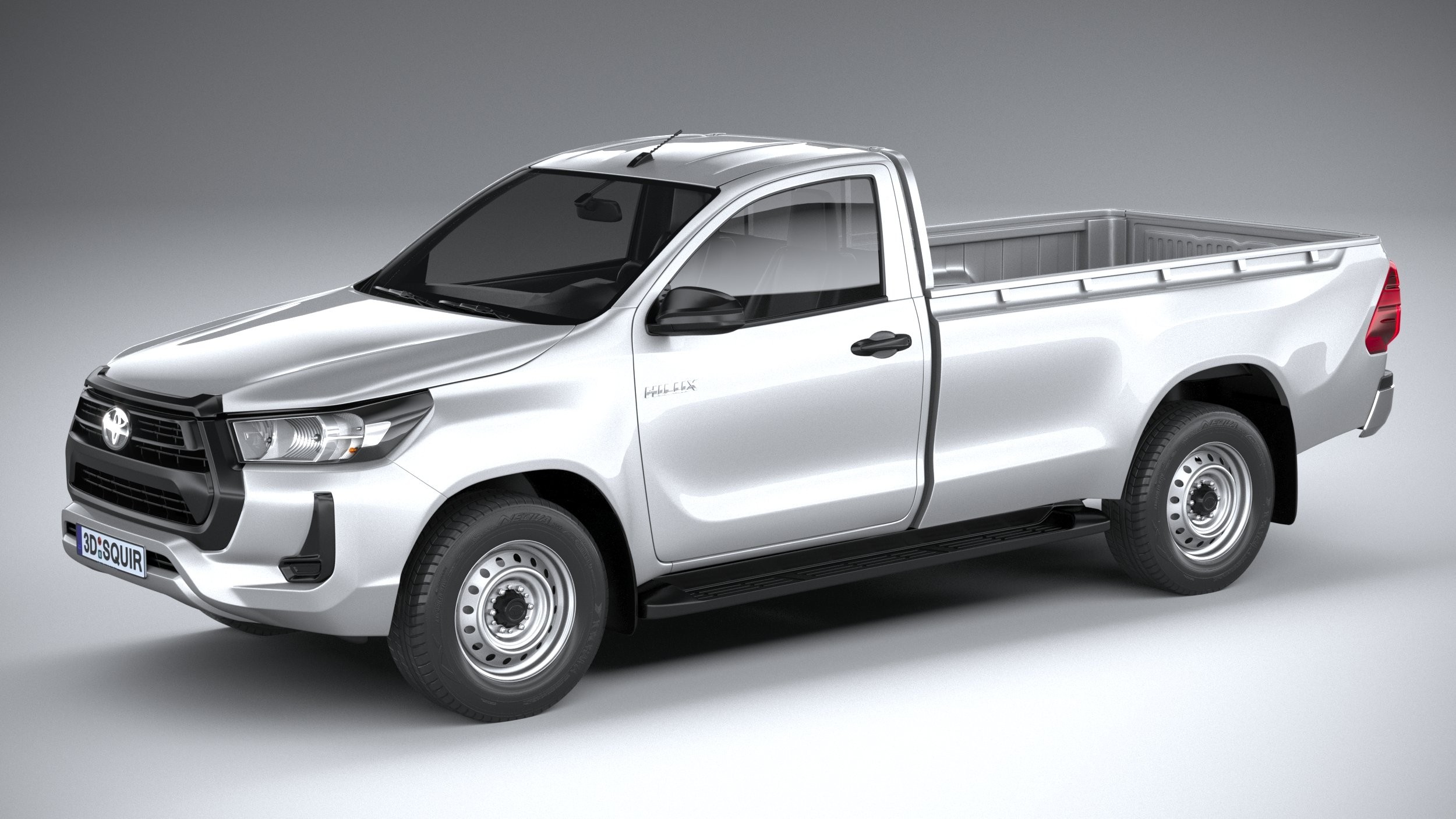 Sexy? No. Economical and capable. That should still sell trucks, right? Toyota image.

Nowadays, the bloated price of a Tacoma optioned at anything beyond spartan also makes a full-size truck seem like a much better investment. A nicely-optioned Tacoma is pretty even money with a barebones three-quarter ton. You’ll get a hell of a lot more work done with the full-size truck and there won’t even be much of a penalty at the pump. Why, you ask? 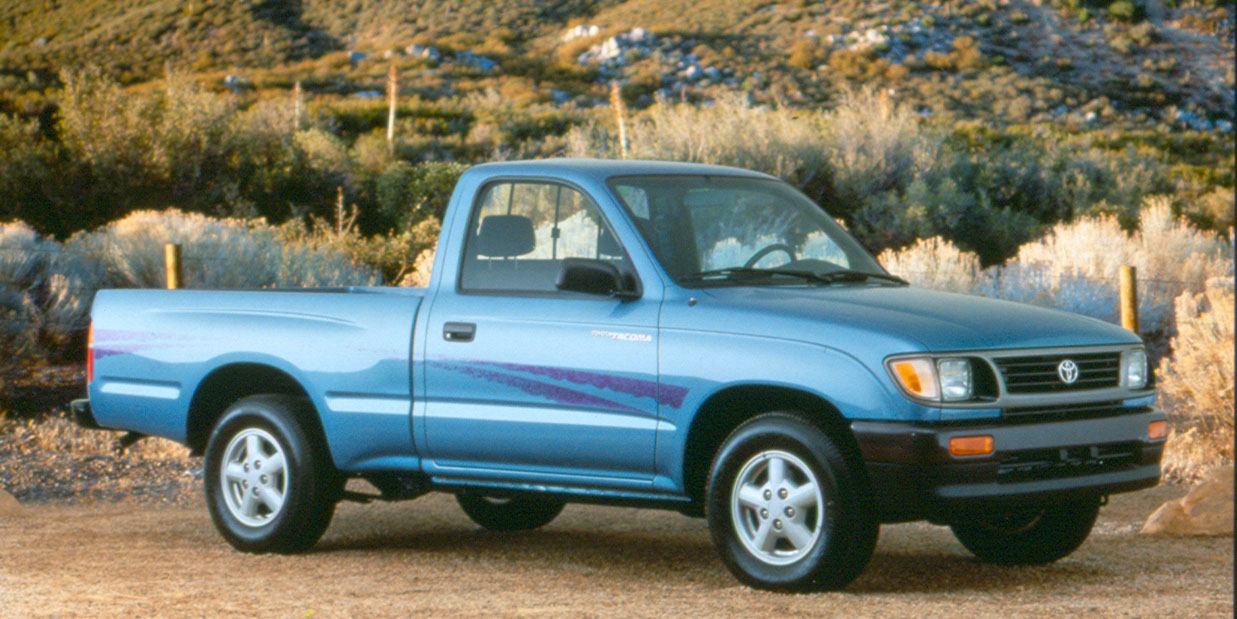 These trucks are comically small and light when placed next to one of the modern double-cab behemoths. I don’t think I’d mind those so much if I could still get this truck, which is truly small. Toyota image.

Well, because the price ain’t the only thing bloated about the formerly-tiny Tacoma—it’s been gaining weight for two decades now. A 1995 2WD four-cylinder with a standard cab and a long box weighed in at 2,560 pounds. An extended cab SR (no regular cab any more, remember?) rings in at 3,915 pounds. To put this into perspective, a 1969 Ford F100, a full-size truck (also with a long box, and iron V8!) tips the scales at 3,060 pounds. Isn’t the Tacoma supposed to be a mid-size truck? 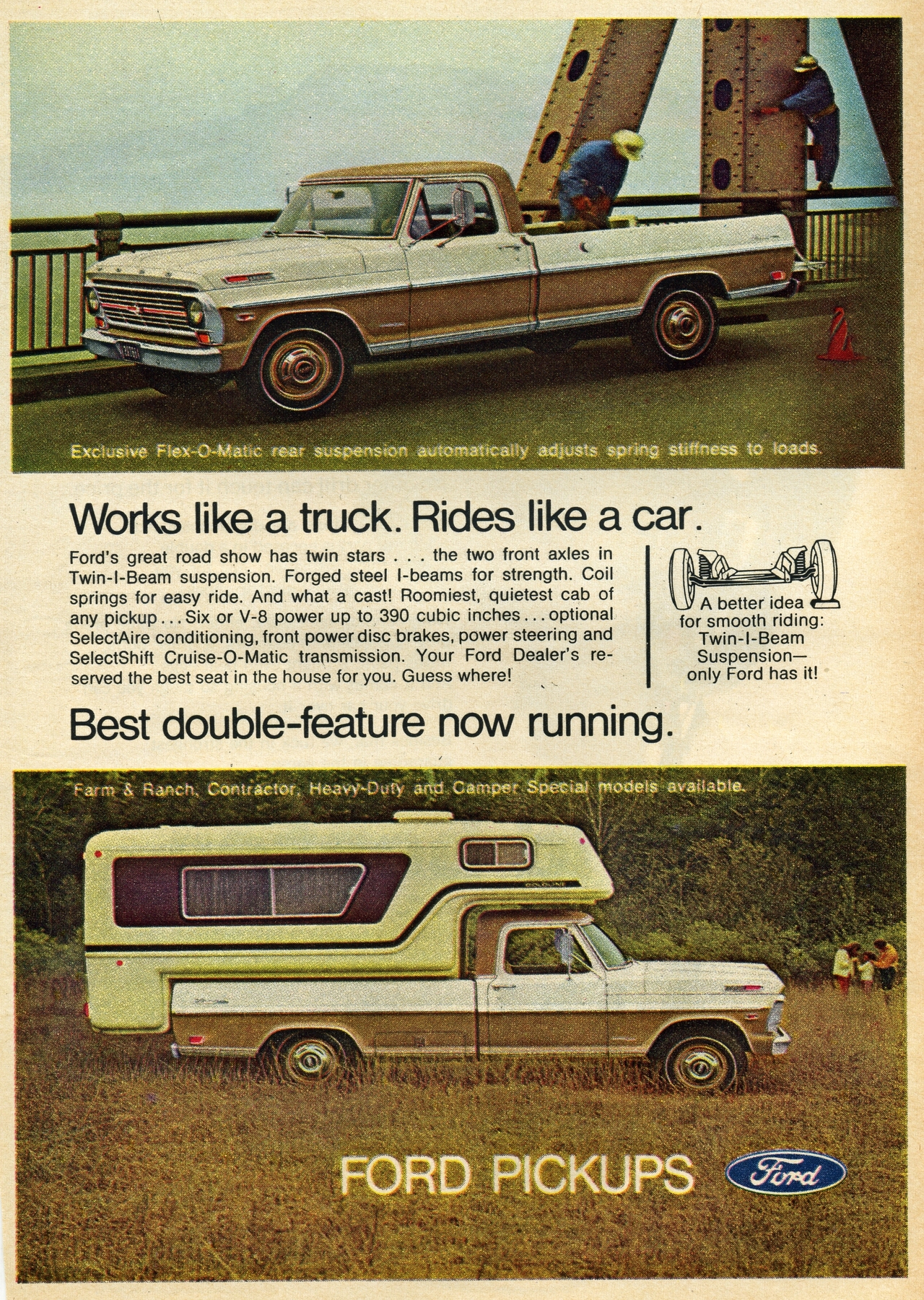 When has a full-size American truck ever been used as a comparison point to advocate for lower vehicle weights? Ford advertisement.

That weight gain has made the four-cylinder engine nearly unusable in the Tacoma. In 2021, the little four-banger makes 159 horses. Now, the old Tacomas and Hiluxes were certainly no powerhouse for towing and hauling duty, but slapping another 1,500 pounds of weight on the truck is…uh, noticeable, to say the least. But coming back to that three-quarter ton, you’ll get similar fuel mileage on a naturally aspirated truck because the skinny pedal isn’t glued to the floor mat all the time.

Another reason I make that argument is because the Tacoma seems to have lost any type of focus on towing. At some point, I got stuck with a trailer that I had pulled down an incline. The truck was unable to push the trailer back out. I wound up straightening up mah wheels and dropping into four low. I got out. Fortunately I had the room to do that, but what about if I needed to crank the front wheels? I would have put an awful lot of stress on the drivetrain if I didn’t outright bust something. 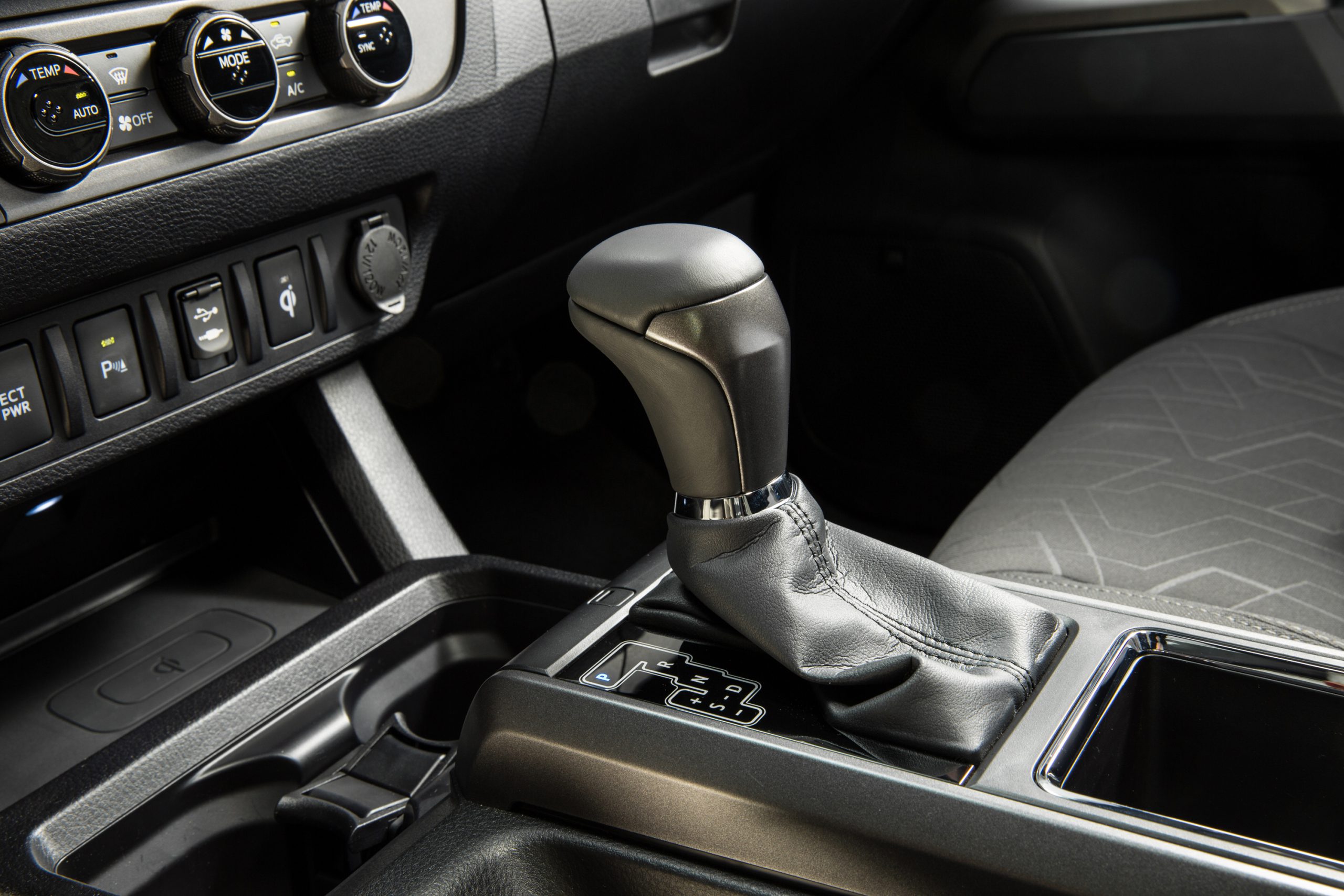 Better get you a Tacoma with one of these if you plan to do any towing. Toyota image.

So why did this happen? Remember that transmission I whined about earlier? That manual transmission has a first gear with a numerically higher ratio than reverse gear. Maybe that’s OK for a passenger car, but on a truck? Unforgivable. In practice, this odd gearing means it’s entirely possible you may pull a trailer down a hill that the truck cannot push back up and out. (I’ve done this. Annoying. You have to do this dance where you alternate in and out of 4 Lo so you can get the gearing you need, but if you’re on pavement, you can’t steer without stressing out the front axles parts due to the driveline bind.) This is a big enough complaint that the 2 Lo mod has a place in the world. I’ll concede that a stick is now a rarity in the world, but as one of the holdout vehicles still offered with a stick, maybe it would make more sense to offer one that doesn’t force the buyer to give up a basic truck function to get it.

Staunch Tacoma enthusiasts are probably thinking about things like the incredible array of aftermarket parts and the incredible durability of the trucks as proof this article is trash. I wouldn’t argue either point; there are a ton of parts to change these trucks and they are legendary in terms of their reliability. I think, though, Toyota has rested on their laurels with the Taco. I’ll be very curious to see if Ford’s new Maverick comes in and eats the Tacoma’s lunch sales-wise. Shoot, if they do well with it, we may even see more utilitarian bare-bones variants. An electric powertrain sure seems like it could be a solid basis for a very reliable vehicle, don’t you think?

I just feel like for most shoppers, the drawbacks of the Tacoma outweigh its benefits. But the insane resale value of these trucks and the huge sales numbers Toyota puts on the board (nearly a quarter million annually) might be a good suggestion that I don’t have a clue what I’m talking about.