Turbochargers saved the world long before they saved automakers fuel

Turbochargers have become so popular on cars and trucks so quickly, it could almost seem like they came out of nowhere. From 2000 to 2020, they went from being installed on less than 1 percent to more than 35 percent of new vehicles sold in the United States. There are now more than 44 million turbocharged vehicles on American roads today, with millions more sold every year.

Automakers love turbos now because they increase efficiency while also boosting horsepower in smaller engines. But long before you could find forced induction on a Ford Fusion, it was on the B-17 Flying Fortress, helping give the Allies a critical edge in Word War II.

It was actually the first World War that kickstarted turbocharger development. Even though the Wright brothers pioneered powered flight at the turn of the century, the U.S. had fallen behind in aviation technology by the time it entered WWI in April 1917. Now, Britain and France were asking for thousands of planes and pilots – and tens of thousands of mechanics – to help finish the brutal fight against Germany. Congress responded by throwing what would be $15 billion in today’s dollars at the challenge, its largest single appropriation at that point in history.

In these early days of aerial warfare, engineers were just learning how to deal with the fact that engines lost power as they gained altitude. Internal combustion engines take a mix of air and fuel into their cylinders – that’s the charge for the explosions it needs to generate energy. Reduce the air density, you reduce the potential energy of the charge, reducing the power of the explosions, and reducing the horsepower of the engine. At 20,000 feet, the height at which planes would fly reconnaissance missions at the time, an engine’s horsepower would be cut in half.

One way to overcome this would be to compress the air, squeezing more air mass into the cylinder than the atmospheric pressure could provide. Several people had already proposed ways of forcing air intake to increase power this way, and a French engineer had just successfully tested such a device on an aviation engine. The French shared this info with the U.S., and the military approached GE, which was then a leader in centrifugal air compressors, largely due to Sanford Moss, an engineer in GE’s Steam Turbine Department. 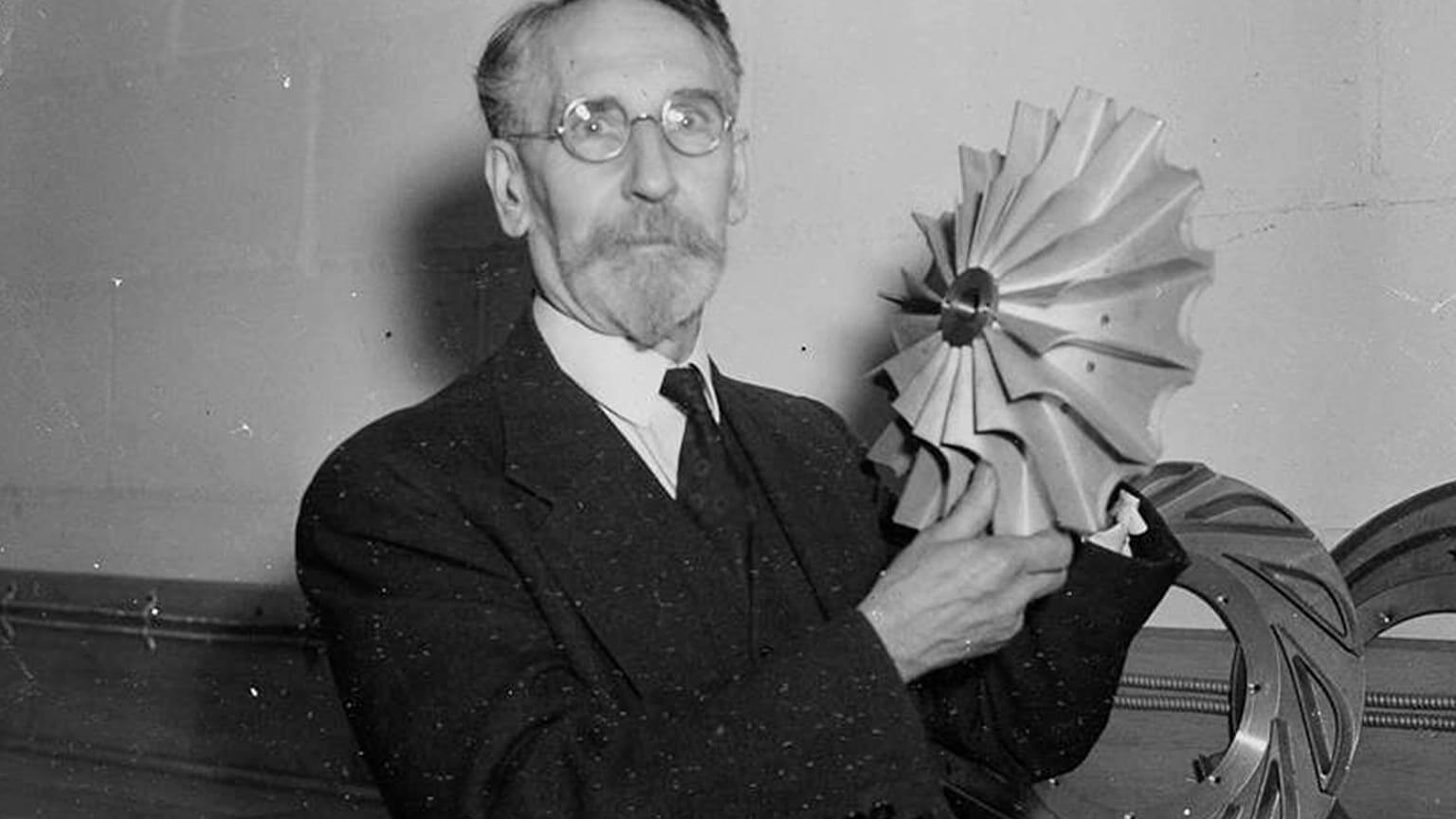 In May 1918, this top-secret innovation arrived at a U.S. Army Air Service facility in Dayton, Ohio. The military’s recently founded air wing had set up shop in the same place where the Wright brothers grew up and designed their first aircraft, and this new test was meant to quite literally push the envelope yet again.

(Quick side story. The turbocharger was being tested on a Liberty engine, which honestly deserves its own article, but here’s the short version. A month after the U.S. declared war on Germany, the military called on two leading engine designers from Packard Motor Car Company and Hall-Scott Motor Co. to whip together a new American aircraft engine. The government then contracted out the manufacturing to several automotive manufacturers. When General Motors founder and pacifist William Durant initially refused to produce the engines, Henry Leland, who originally founded Cadillac, left GM to form another company, which at first strictly produced thousands of Liberty engines thanks to a hefty contract. Leland called the new firm Lincoln Motor Company, after Abraham Lincoln, the first president he voted for. It was only after the war that they converted their manufacturing facilities to produce luxury cars.)

Anyway, the brand new engine and its brand new turbo performed reasonably well in initial testing, albeit the additional heat generated from the additional pressure kept melting spark plugs and other components. This was one of the reasons earlier forced induction tests failed, because the materials available couldn’t stand up to the extreme temperatures. Fortunately, they now had the resources available to solve for those challenges.

However, the real test was going to be how it performed at altitude. Dayton’s only a few hundred feet above sea level. The military had previously tested the Liberty atop Pikes Peak – the highest mountain that’s closest to Dayton, which also happens to have a road all the way to the top – so they now arranged another trip to test the blower-equipped version.

The test was a success, but very shortly afterward, the Allies won and WWI ended. The work had no impact on the war, but it showed tremendous promise. Turbos soon ushered in the era of high-altitude flight, raising planes’ ceiling so they could fly above bad weather at high speeds. With this distinguished legacy, Moss retired in 1938 as the founding father of GE Aviation, and some say the turbo itself. 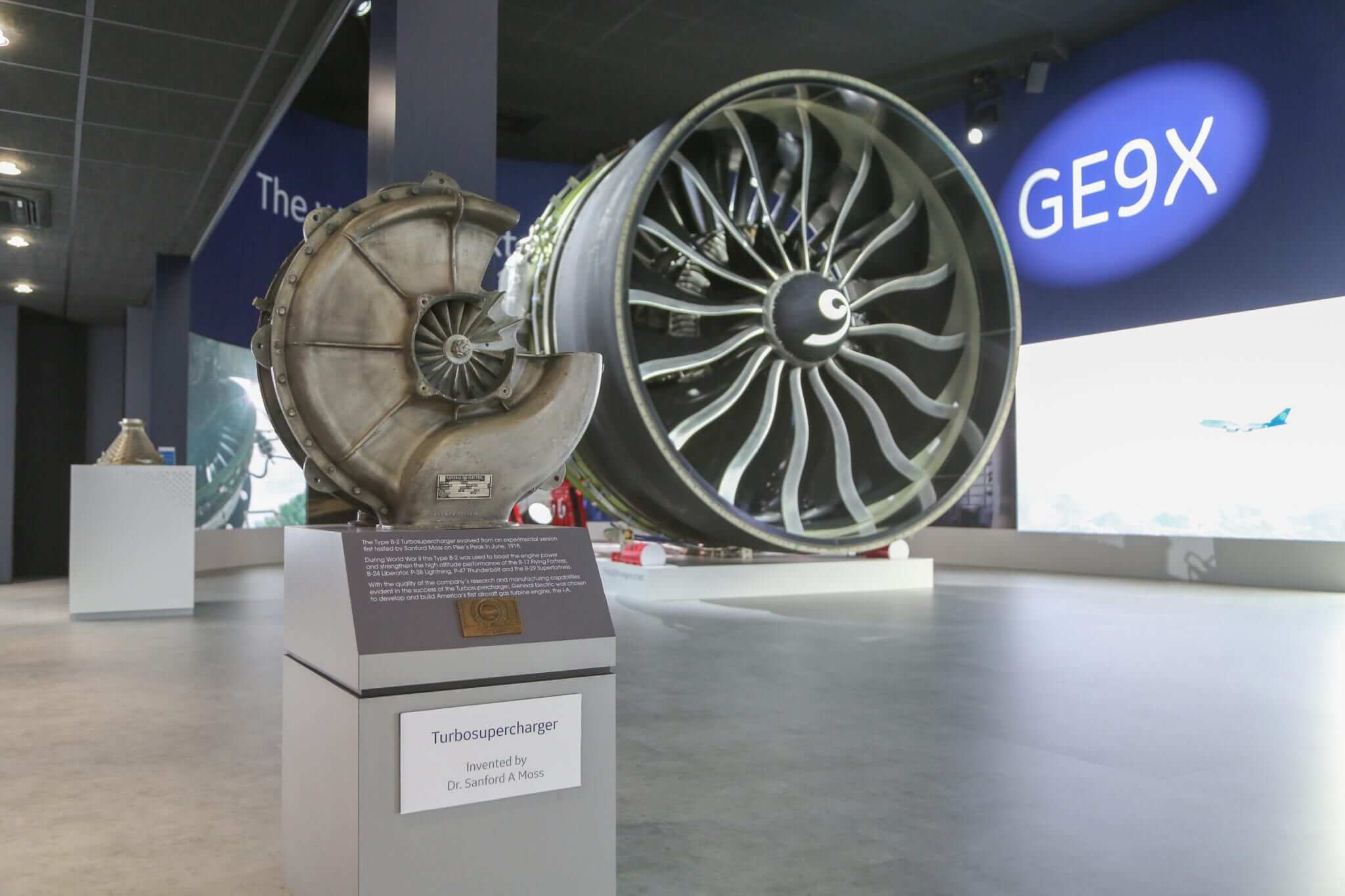 One of the original turbosuperchargers. Photo credit: GE.

Then, World War II broke out.

In the years leading up to the conflict, military strategists believed that high-altitude precision bombing could be the future of winning wars. Some leaders hoped it would even enable more humane wars by reducing civilians casualties. Regardless, once fighting started, the importance of air supremacy became obvious, as Germany and Japan crushed their opponents with superior airpower in the early years of the conflict.

Turbochargers were now vital equipment, and Moss was summoned out of retirement, helping to outfit some of the war’s most famous planes with turbos, including the B-17, B-24 Liberator, P-38 Lightning, P-47 Thunderbolt B-29, and the B-29 Superfortress.

“Air supremacy is a vital factor, perhaps the deciding factor, of this war,” said Major General Oliver P. Echols in a GE-produced propaganda film from the time. “The achievement of air supremacy involves speed, personnel, firepower, and maneuverability, but one of the most important factors is the ability to achieve maximum altitude without the loss of power. The Civil War maxim of ‘getting there firstest with the mostest men’ can be revised in the terms of military aviation to getting up highest with the mostest fighting power.”

Spoiler alert: the Allies won WWII, preventing two genocidal regimes from controlling half the globe, and engineering advantages like turbochargers played an often-overlooked role. For an exhaustive overview of turbo usage in WWII planes, we recommend you check out this video from Greg’s Airplanes and Automobiles, which gets into all the variations and tradeoffs necessary to outfit planes with these systems.

Moss died shortly after the war. He received many accolades for his impact on aviation, including a monument atop Pikes Peak.

As for his brainchild, that took a winding road to its current popularity. Turbos were readily adopted on diesel trucks, then sports cars, tuners and hotrods, but didn’t appear on a production consumer vehicle until 1962, when General Motors released the aptly named Oldsmobile F-85 Jetfire and the Chevy Corvair Monza Spyder. Both those vehicles were a flop, which again is a whole other story, although it should definitely be pointed out that the Jetfire clearly owed a lot to turbosuperchargers in aircraft. In addition to the killer name, a military contractor supplied the turbo, which was cooled by a water/methanol solution called Turbo-Rocket Fluid. 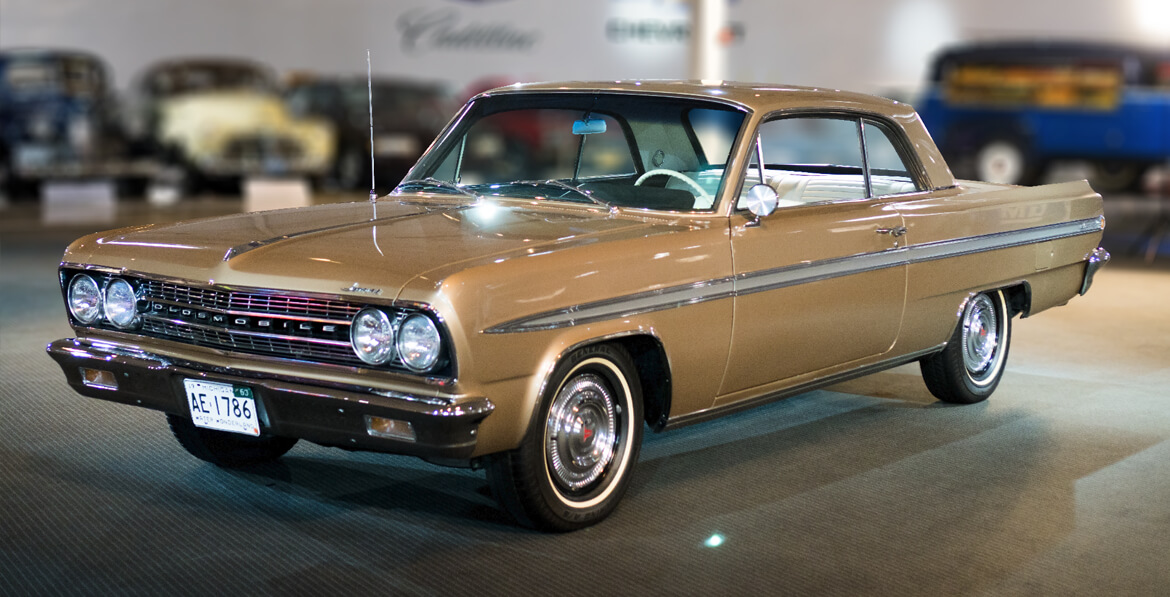 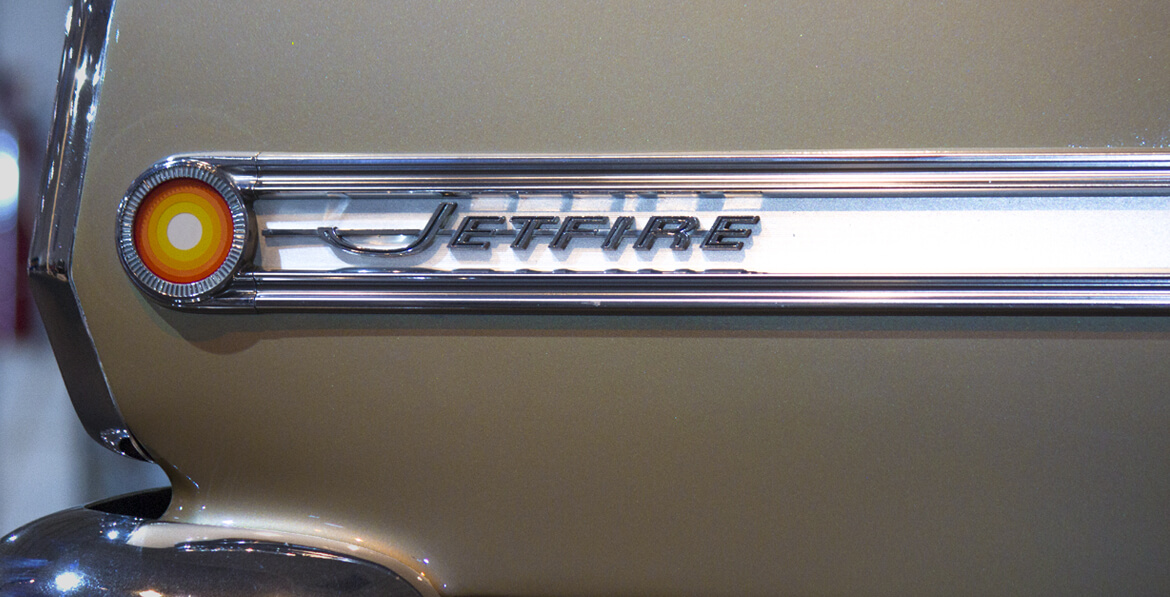 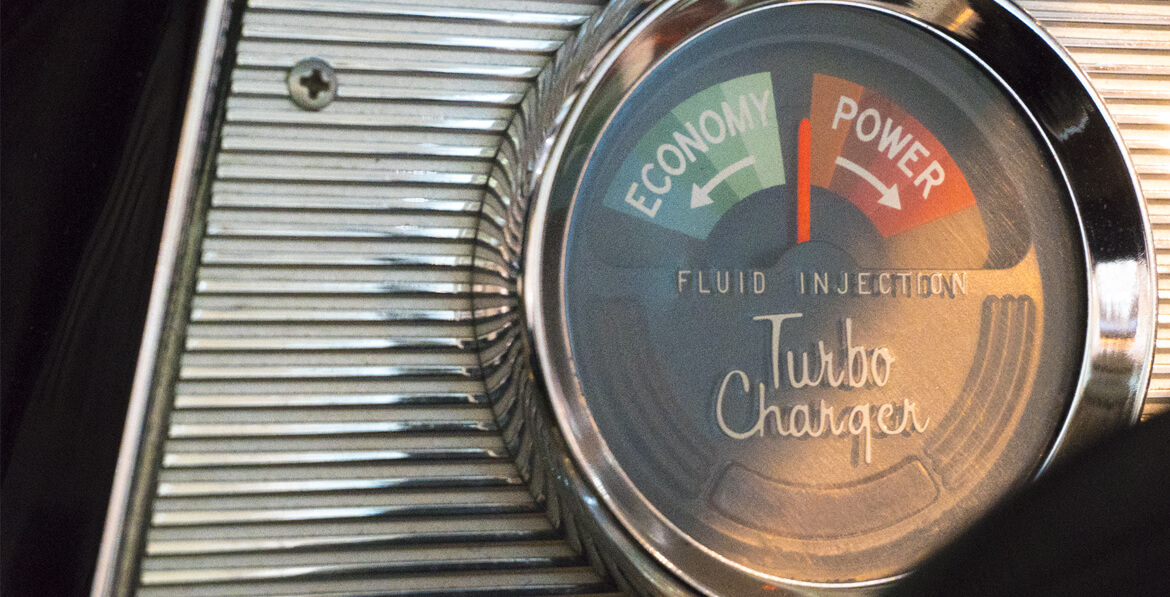 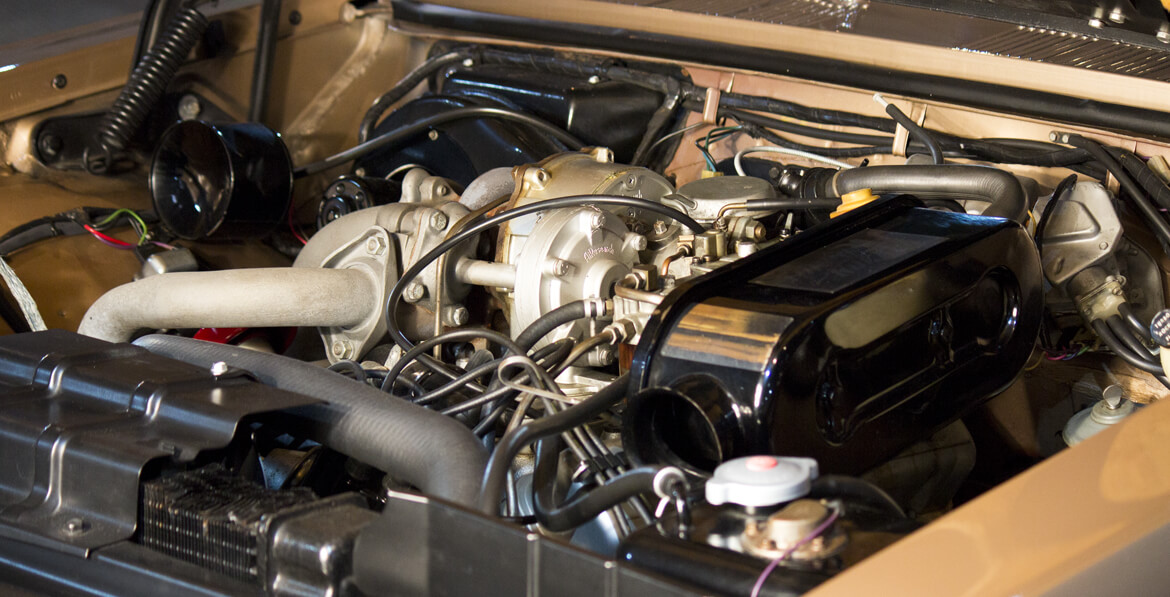 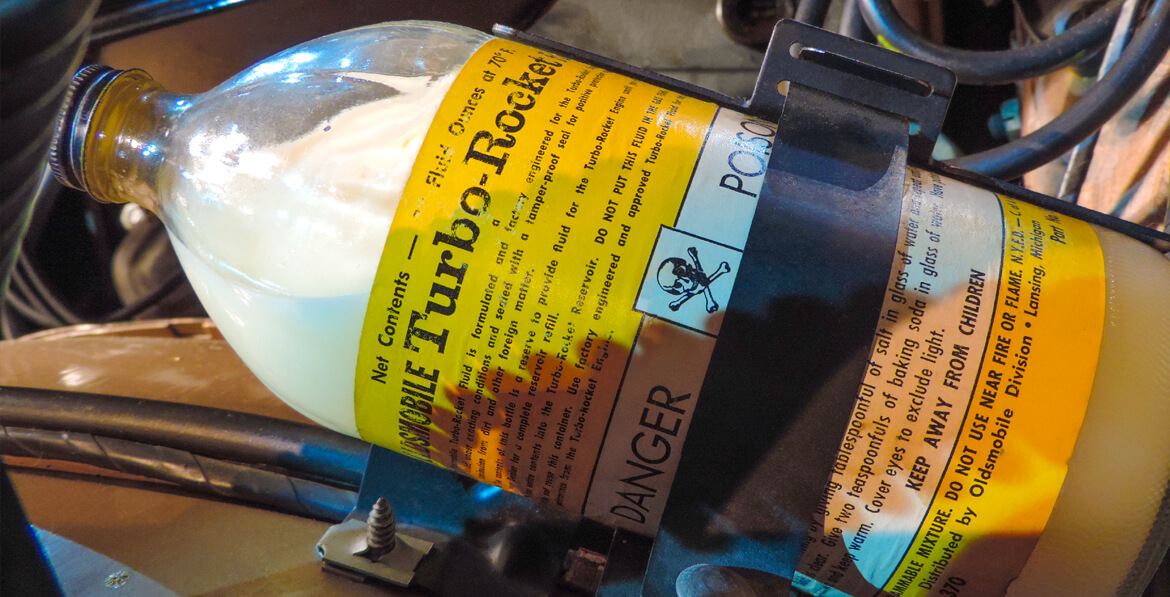 The Jetfire and Spyder were were discontinued quickly, and some European makes added turbos, but sales in the U.S. climbed slowly from the 70s through the early 2000s. It was only in the past decade that turbo sales exploded.

Annual sales of vehicles with turbochargers since 1976

It’s no mystery why. Just like 100 years ago, it’s again the U.S. government behind turbo production, but this time it isn’t the Armed Forces.

This article is from an occassional series called The Best Part that tells the fascinating stories behind car parts. Have any ideas for other parts with cool backstories? Let us know in the comments below.