You don’t need a moonroof, either.

Drew Magary recently said I don’t need a sunroof. OK, Magary, I’ll take your bait. You’re right, but you’re also totally wrong, buck-o. I’ll explain how in just a moment. The premise of the article is correct: you definitely do not want a huge hole in your car’s top.

But first, we need to get some language straight, because I can’t think of a commonly produced car that even comes with a sunroof any more. This guy’s arguments are for moonroofs, I think. (See his fourth point, for instance. Sunroofs are not made of glass, Drew. Sunroofs are opaque material.) I’m not being a pedant.

Yes, actually, I am being a huge pedant. #notsorry

Assuming we forgive that nominative sin, Mr. Magary’s first five points apply not just to a sunroof or moonroof but to any window in the vehicle that opens. Does this guy drive around with the windows up at all times, too? Of course not! Or maybe he does. Maybe he has deep limousine tint on all his vehicles, and all that is seen of him when driving is a cloud of vape smoke escaping the vehicle by way of the door seals. 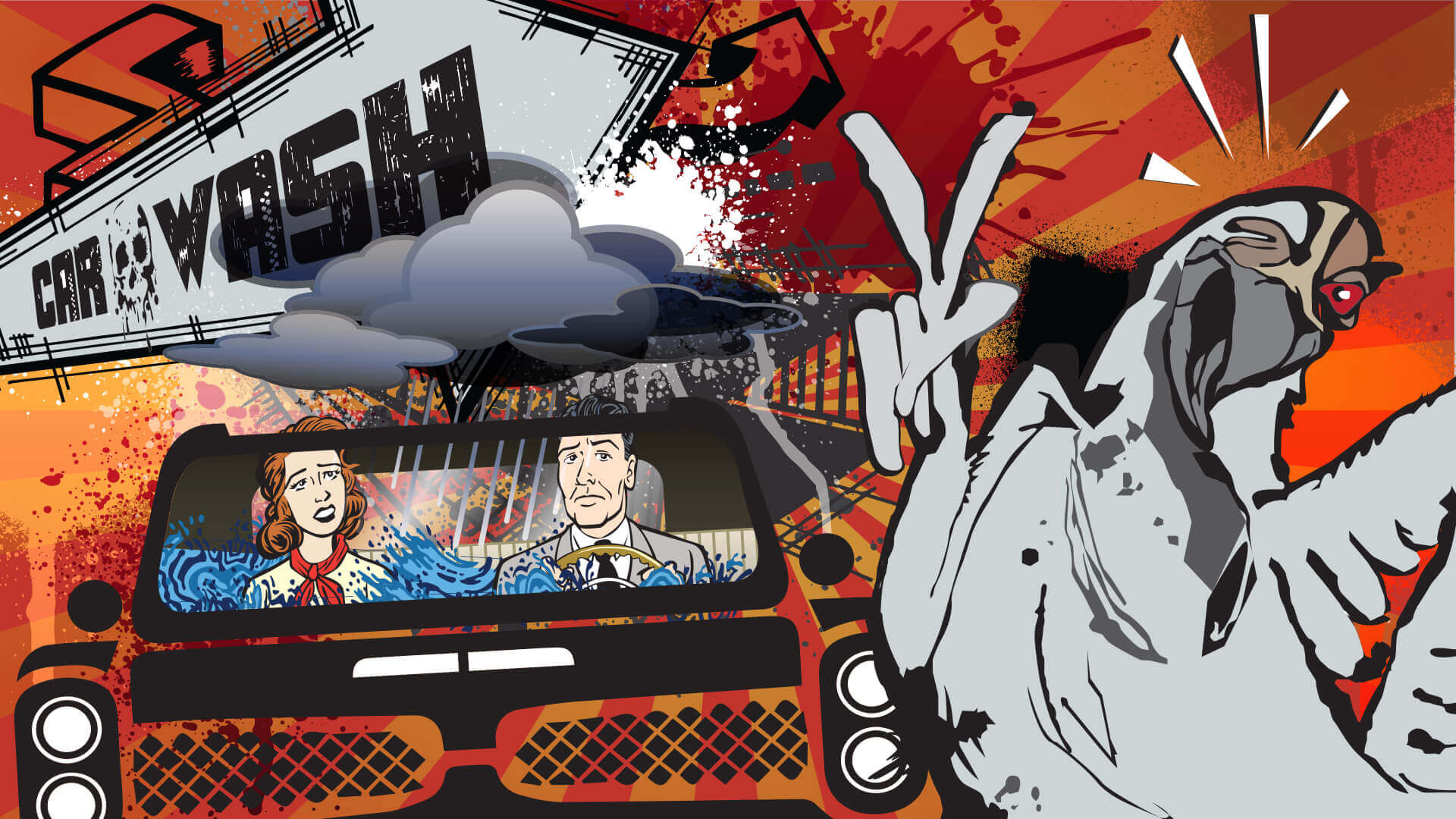 Is a hole in your roof actually a good idea? No. No, it’s not. Illustration by Josh Seasholtz.

Look, I have a moonroof in one of my heaps. I hate the damn thing. Do you hear me? HATE IT. It’s not due to the noise or the occasional leaf that makes its way into the car. Those are minor inconveniences, if even that. Table stakes if you want a moonroof. No, there are deeper problems, problems that mechanics like me have seen too many times, and therefore are forever jaded by these godforsaken glass-holes. I know there will be more than a few of you fellow wrenchers who will agree. Here are a few EXCEPTIONALLY GREAT REASONS to not have a sunroof. Things like:

This optional part of the car has awful aftermarket support

As a guy who works for a place making aftermarket auto parts, trust me—sunroof parts are tough to justify creating in financial terms. They aren’t as universal across a model as something that comes on all the trim levels, like an intake manifold or a window motor. Once the OE manufacturer runs out of parts, you’re probably hosed unless you can find an expensive cottage boutique supplier for your car. And the cost! My God, a moonroof motor is functionally about as complex as a windshield wiper motor, but it generally costs about ten times more. Why? Well, because you’re probably rich. You have a moonroof, you see.

They are a ticking interior time bomb

Moonroofs and sunroofs are notoriously hard on headliners and upholstery due to the mildew and chemicals (car wash, more on that later) that they inevitably let in when they leak. There are two types of sunroof, you know. Those that leak, and those that are about to.

Repairs have to happen RIGHT NOW

Unlike a window, which is A) on the side of the car and B) can usually be manipulated into an upright position when a switch or motor fails, sunroofs are very difficult to close up when they fail. And due to Lemmy’s Immutable Law Of Sunroof Failure™, unlike windows, sunroofs always fail in the open position.

When it is raining.

The designs are usually idiotic

Undersized motors? Fragile mechanisms? All of the above are standard fare for those with a roofdoorwindow. Why? Because Engineering is focusing on getting the car done on time. Resources can be cut from non-essential optional equipment and re-routed to more critical parts of the car when a team is under the gun, and it is.

Look, I’ll cut Magary some slack here, because his third point does talk about ingress of undesirable matter, but he’s talking about getting some pollen on his Ray-Bans or some pine needles in the console if he opens the sunroof (sic) before he drives away fast enough to blow the debris away. Drew, have you ever had a bird emit fecal matter into your vehicle?

You get a fun new hobby

For those of you who have not had the automotive equivalent of a skylight, you should know that sunroofs have very complex drain systems. At best, you can expect them to occasionally back up and emit a foul barf-smelling mixture of rainwater and black mold into your car via the headliner from time to time, and that’s your occasional reminder to blow some compressed air through them and get the mildew log flume moving again. At worst, they’ll back up with solid matter, much like a gutter, and pressure, weight, and dry rot will blow the hoses from their barb fittings, allowing you to disassemble large and strange parts of the car that don’t usually require attention so you can find the problem, smell more vomitwater, and then repair a plumbing problem all for a discretionary window purchase that sounded good when you were being asked about your preferred options package on the sales floor.

A no-touch car wash offers far more water pressure than anything Mother Nature commonly throws our way. You’ll test the moonroof’s seal strength each time you elect to clean your car. If you’re lucky, the leak will occur on the passenger side first. If you’re diagnosing a leak, be aware that Lemmy’s Complex Theorem of Compromised Gasket Integrity™ says that all moonroof gasket failures begin on the driver’s side of the car.

Your car will smell all the time

We touched on the awful stench of the Tiny Puke-Potpourri Pipeline, but we didn’t really talk about the occasional permanence of that smell within a vehicle interior. I stated that repairs to the moonroof must be made quickly, but the reality is they’re often put off since it’s not a “Get-to-work-on-Monday” part as my friend Gabe puts it. You lie and tell yourself you can live with the minor leak for a few days, which turns into a presidential term.

One day, someone you trust gets in your car and notes the smell closely resembles a basement that takes on water yet has no sump pump. “Dank” in this situation is not a compliment.

It’s the car-equivalent to a Florida timeshare

Drew lives in San Francisco, I think. I am pretty sure the weather there is great. In my corner of the world (along with a huge chunk of the rest of the country), a true sunroof is usable for only a small part of the year. I have this sneaking suspicion moonroof sales don’t peak in Minnesota. Much like convertibles, a sun- or moonroof is only good in really nice weather and you can’t use it often if you live in the Midwest.

Cutting a hole in the top of an area where you’d like to be warm and dry and not stink is, on the whole, a Very Bad Idea. So, Drew, whatever you call that hole, I wholly agree with you—I don’t need one.