One of the pieces of automotive wisdom that’s been repeated by publications and mechanics alike for ages is that it’s not good to run a fuel tank below some arbitrary fill point, like a quarter of a tank. At some point, that probably wasn’t bad advice. But today? It’s hooey, for the most part. Here are a few reasons to set your mind at ease the next time you’re running around on “E.”

The pump is not going to suck up sediment

This is probably the most-oft-cited reason to not zip around with a full load of sailboat fuel. “You’ll suck up crap from the bottom of the tank and then it wipes out the pump.” It sounds good in theory, except for a few things. First, most modern fuel pumps have “the sock,” a strainer on the bottom of the pump to keep sediment out.

Second, most modern fuel dispensers have an on-board filter to remove junk before the fuel ever enters the filler pipe.

Having a low fuel level changes neither the position of any sediment in the tank nor the possibility of sucking up all this mud people believe is inside fuel tanks, which brings us to the next point. 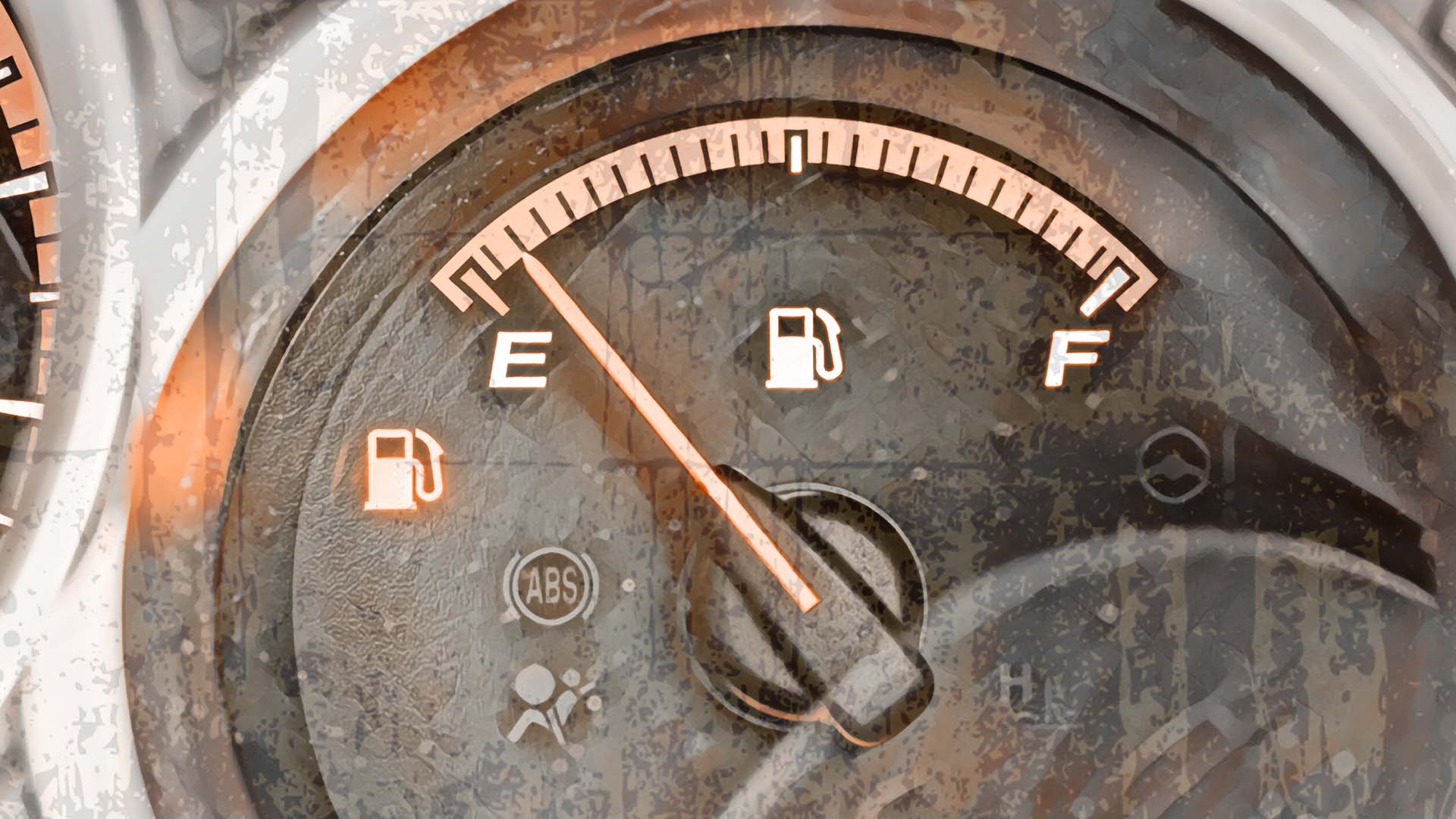 Yikes! Have no fear. Image by Josh Seasholtz.

Sediment isn’t even in the tank in any great quantity

There are filters on the dispensers, as discussed previously. And modern fuel tanks aren’t just bare steel—they’re usually galvannealed which inhibits rust very effectively. Modern fuel systems are also sealed, too, keeping moisture more or less out of the fuel tanks. Many (but not all) tanks are baffled, too, so if there is sediment in the tank, it often gets trapped away from the fuel pump.

The manual makes no mention of this practice

Read an owner’s manual. You’ll see recommendations for fuel octane, ethanol levels, additives, and maybe a reference to Top Tier fuels. What you won’t usually see is an owner’s manual recommending that refueling happen at any time before a certain spot on the gauge. The tank and pump were designed within a given operating envelope. Running to the bottom of the tank is inside that envelope.

You won’t burn up the pump

This is probably the second most oft-cited reason to keep the tank full. The fuel pump does indeed use the fuel it pumps to cool itself. The story goes that if the pump can’t get fuel, it heats up and eventually goes kaput.

I hear this and I am reminded of teaching my son to swim. When he would have a freak out and insist he was drowning, I would calmly point out to him he was screaming. If one is screaming, one can breathe. The fuel pump is the same: if the car is being driven on “E,” without any driveability issues, logic would dictate fuel is making its way to the injectors, and the pump must be pumping it, so we know it’s being cooled as designed. 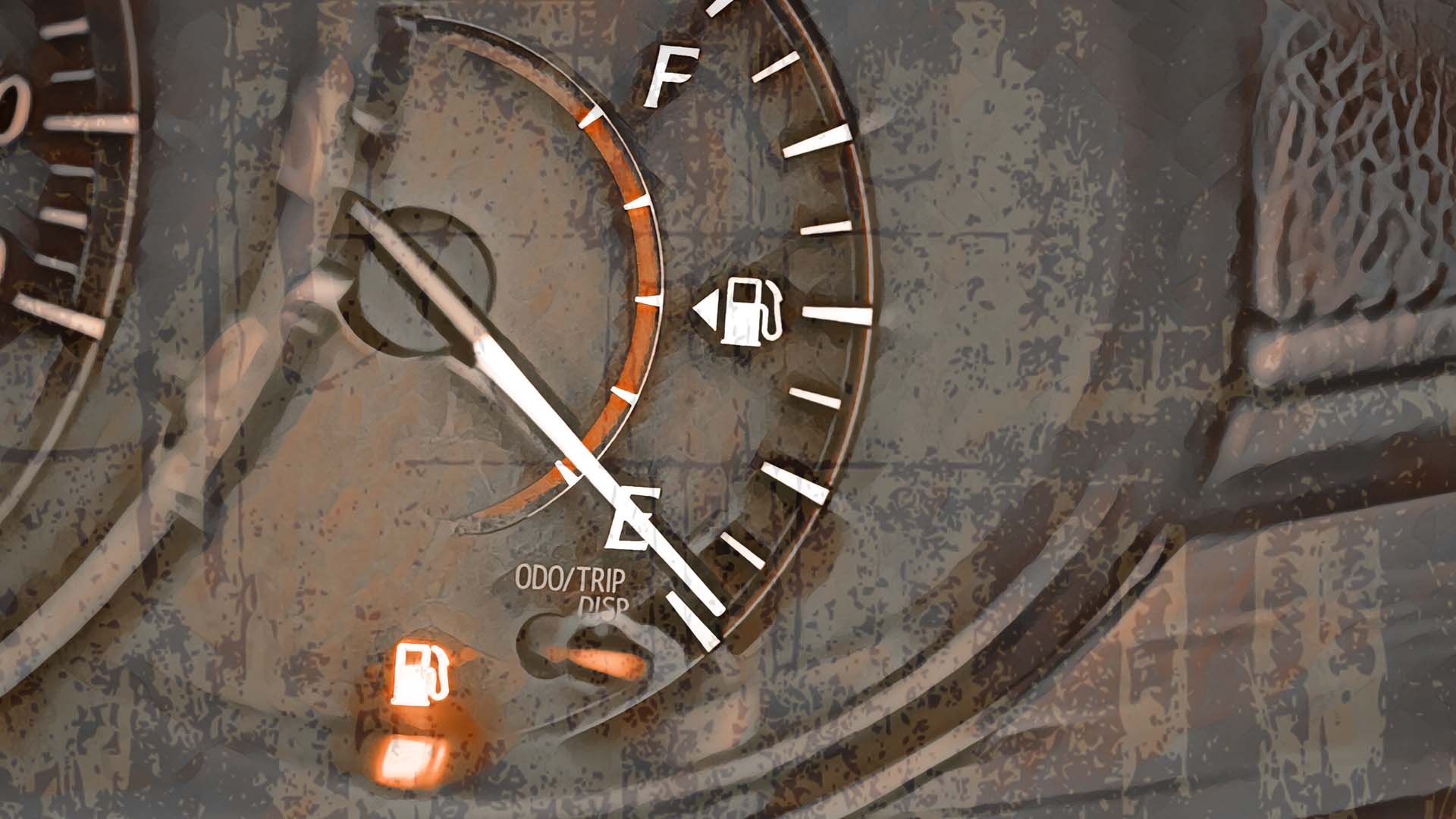 You paid for the whole fuel tank, why not use it? Image by Josh Seasholtz.

Why would you voluntarily cripple your own range and spend more time than you need to at a filling station? I’m not saying don’t fill up if fuel options are limited, but pretending a few gallons of your tank don’t exist is not some secret hack to long-lived fuel pumps, I promise.

I spent (and am still spending) many years of my wrenching career fixing two-wheeled machinery. A fuel-injected motorcycle also uses a fuel pump set up just like a car, but due to the small size of the tanks, they’re run to the bottom regularly. Many common motorcycles, like the ubiquitous Harley-Davidson Sportster with its 2.2 gallon “peanut” fuel tank, can’t make even 100 miles on one tank of fuel. Running down to the very last drop is common practice. In fact, many riders (self included) will carry auxiliary fuel for when the inevitable running out of fuel situation happens.

I wasn’t replacing motorcycle fuel pumps in any great quantity. They don’t really mind being run from the top of the tank right down to the bottom.

There is one time (OK, maybe two) you might avoid running dry

If you’re storing a vehicle, a full fuel tank of treated fuel is probably best to displace moisture and keep oxidizing air at bay—rust doesn’t usually form where there is little oxygen.

I might also avoid extreme forays into the no gas zone if using the “miles to empty” feature, too, since that’s a calculated number and not real-time information. However, in the case of a modern vehicle operated regularly under normal conditions, there is next to no reason to not use the tank’s entire capacity. Remember, correlation is not the same as causation. If a fuel pump dies when the gauge is on “Empty,” other factors were likely at play.

Does the shop retain right of first refusal, or is moonlighting A-OK? 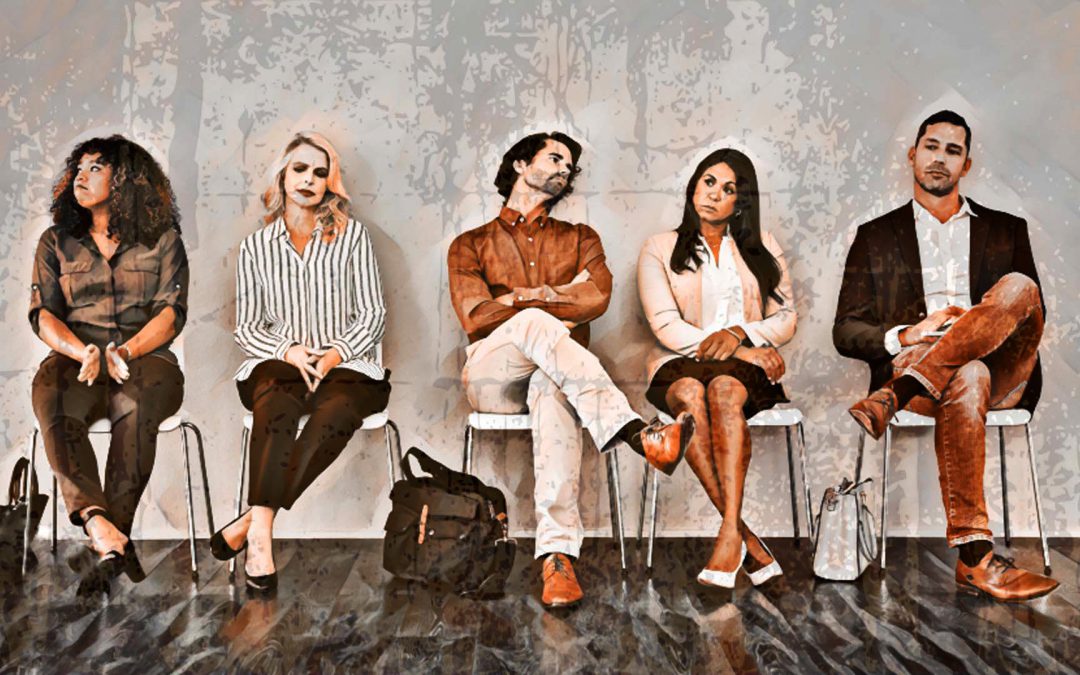 Schedule more work by improving the life of the waiters

If your waiting room stinks, so does waiting in it.