I learned how to weld when I was about 17.

I was not a good welder, but I could operate the machine well enough to get by, and like most of us who can weld, I improved with time and practice. As a young mechanic, I distinctly remember tackling a few projects with whatever welder happened to be in whatever shop I was working in at the time, including: 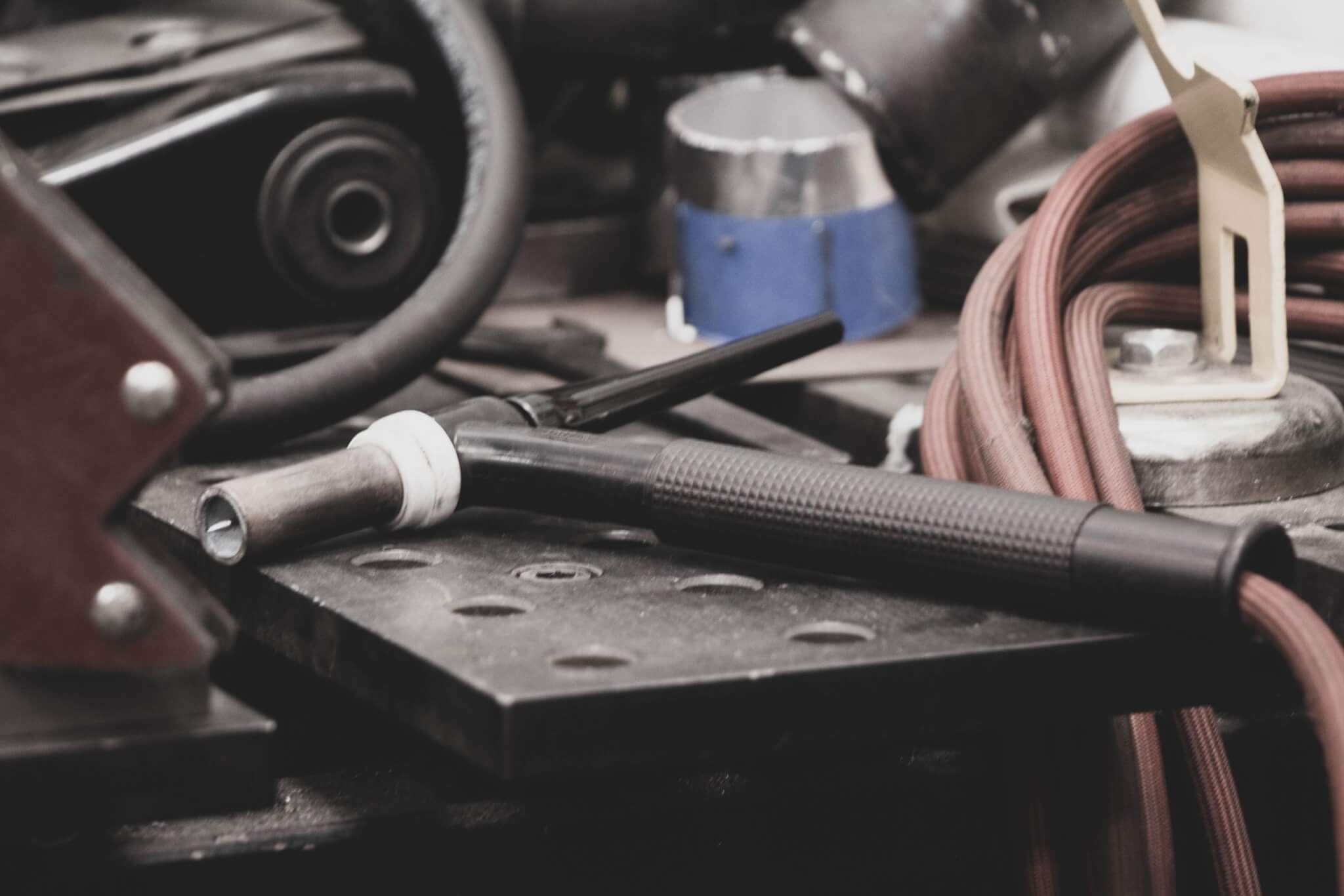 Don’t overlook the usefulness of a welder. Photo by Lemmy.

The welder was a tool I didn’t drag out often, and that’s because repairs like that didn’t come up too frequently. That is, of course, until I broadened my knowledge. Young Lemmy was thinking literally, not creatively. Now? I think other than the completely obvious roles the welder plays in repairs like the ones above and custom fabrication of parts, there are two other really, really good reasons you should have a welder in the shop.

I reach for my welder often when I’ve got a fastener that’s busted. Whether it’s a stud that snapped flush with the surface of the metal, a bolt that’s been decapitated, or a nut that someone rounded off, the welder can give you a fresh chance at removing the stuck piece. 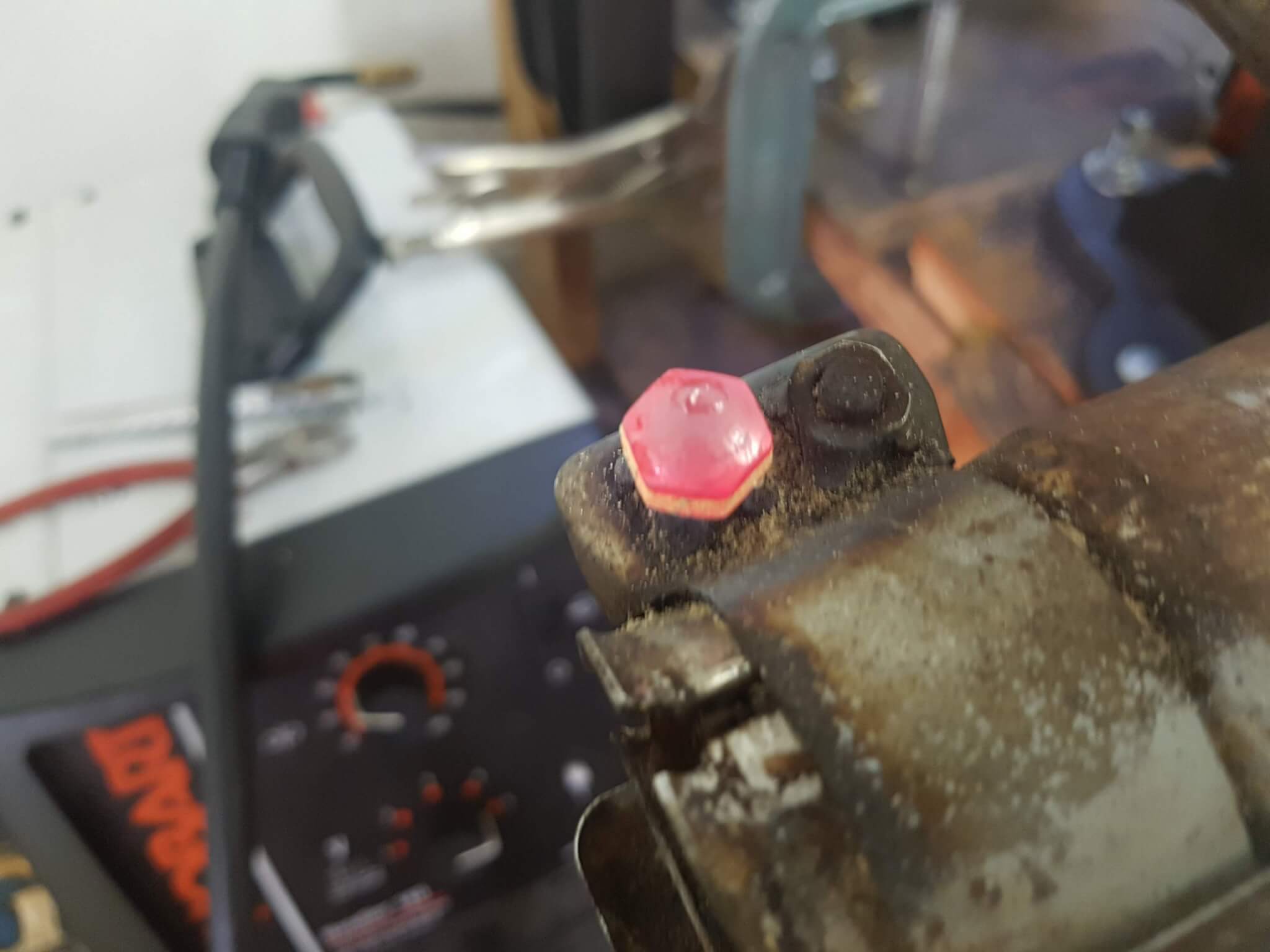 As soon as that puddle cools, a wrench will spin the fastener remains right out of there. The heat is a lot of help, too. Photo by Lemmy.

For studs and bolts, I root around in my spare hardware box and find a nut that’s appropriately sized (read: about the same diameter as whatever is broken) and then tack it to the stuck item. Once I’m satisfied it’s reasonably square to the fastener, I proceed to fill the nut’s hollow with molten metal, basically making my own bolt head. This allows a fresh chance at fastener removal, rather than fighting with stud extractors or nut splitters.

The secondary reason this helps a lot is that a welder concentrates a crazy amount of heat in a small area. All that extra heat helps encourage that bolt to come free. I’ve introduced so much heat into snapped fasteners that sometimes they’ve come out just by turning the socket that fits over them with my fingers, safely tucked in my smoking welding gauntlets.

The number one reason to have a welder in the shop, though, has to be making tools. For some, buying a specialty tool is a first step out of the gate, and there’s no shame in that game. But specialty tools cost lots of money. I try to make what I need so I can keep my costs low. I can still remember the first tool I made with a welder: I made a right angle with a long piece of rod, and then welded a “finger” nearby so I could “fish” serpentine belts around pulleys that I was not close to. I think I gave that tool away, but it was basically the genesis of me realizing I didn’t have to give the nice Snap-On man every single dollar I made. 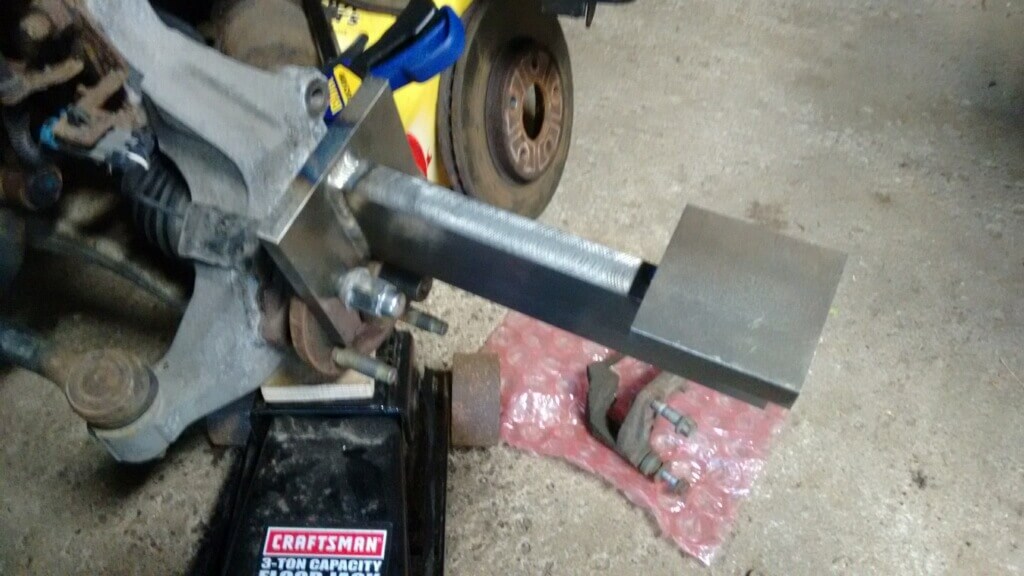 From special holders to extended sockets to fixtures to make working easier, my welder spits more wire out for making tools than it does for almost anything else. I’d be remiss here if I didn’t mention the torch. I’m a die-hard MIG guy for most things, but if you happen to be a gas welder, your torch is supremely useful for bending wrenches into weird shapes to clear interfering objects. (I keep a box of junker Chinese wrenches near my ‘cety cart for this exact reason.) 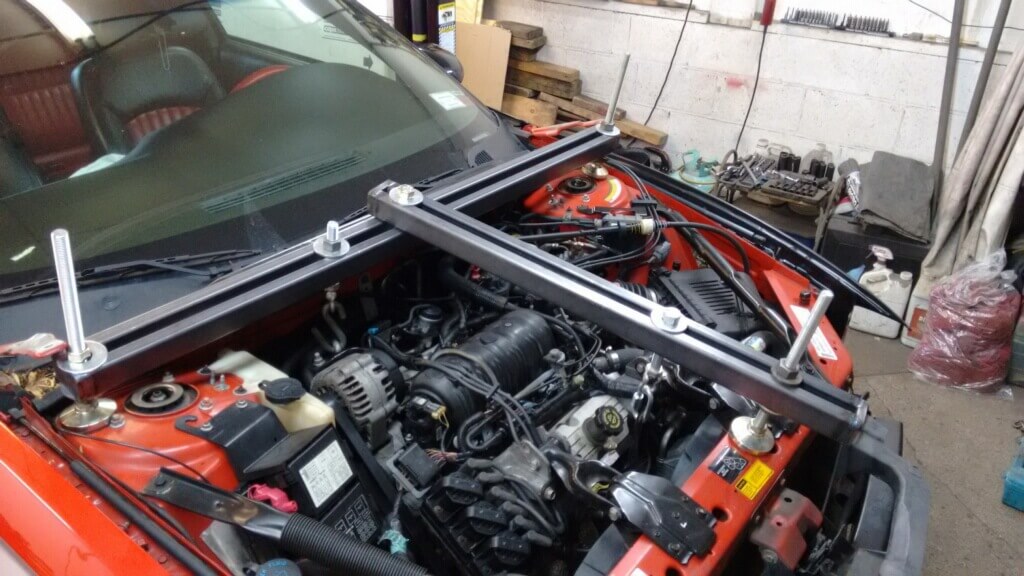 Why buy an engine support when you can just make one? Photo by Myles Tuegeau.

I mean, I have a little Phillips-head bit I welded to a washer I keep on my keychain. I can’t tell you how many of them I’ve made for people who saw mine and asked me for one. It’s so simple, but it’s saved me so many walks back to my toolbox when I’m fooling with a chainsaw in the woods or fixing a loose fastener in the house. 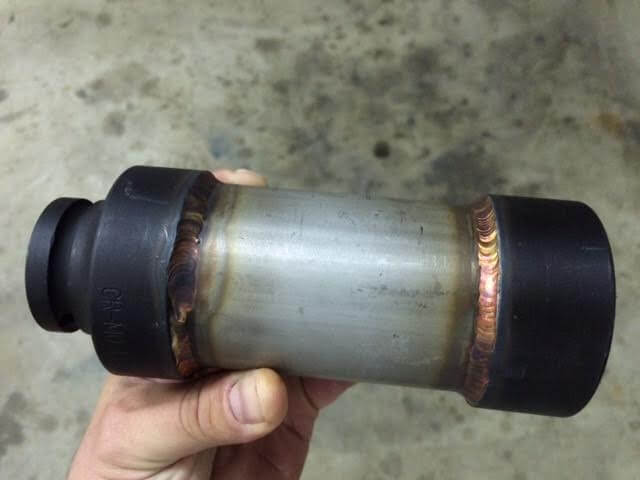 The price for this socket would have been obscene. Splitting a short one and extending it was much easier on the wallet. Photo by Lemmy.

I imagine most of you already do this, but if you don’t and you have even a few creative brain cells to rub together, you’ve probably already thought of some way better ideas than the ones I’ve listed here. A welder isn’t the cheapest tool you’ll buy—but it will likely be one of the most useful.