Are stainless cars (finally) having their moment?

In case you missed it during Super Bowl LVI (like I did) or haven’t heard about it since, the DeLorean was officially reintroduced with a 15-second commercial during the game. Here, let’s take another look at it! 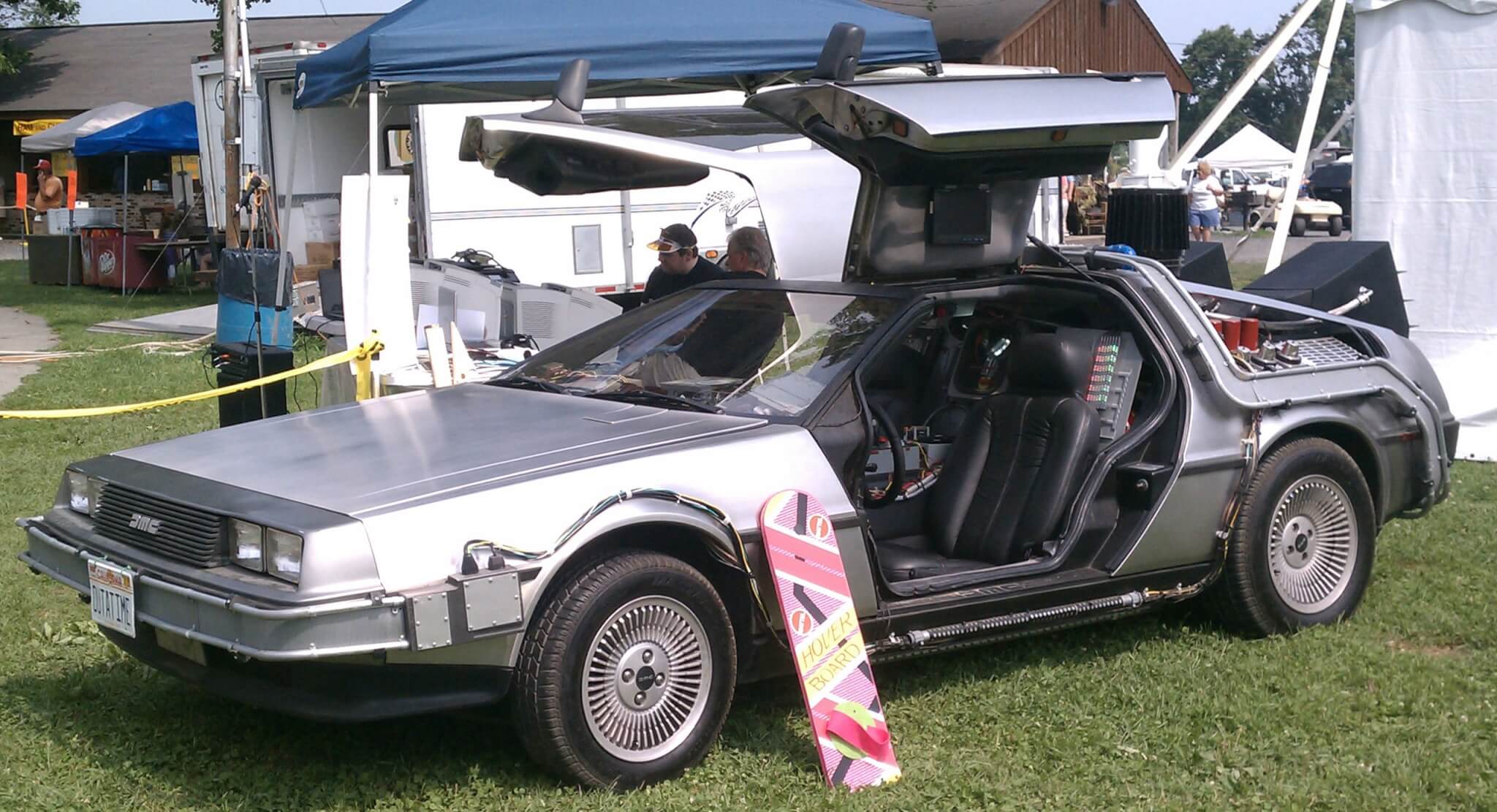 The “Back to the Future” DeLorean with “hoverboard.” Photo by Jonathan Roth

In the 1930s the Ford Motor Company, in collaboration with the Allegheny Ludlum Steel company, produced the first stainless steel cars with six unpainted Ford Model 68 Deluxes. Allegheny Ludlum loaned them out to their top salesmen each year for 10 years and each one of them logged over 200,000 miles. In fact, their shiny bodies are still in excellent condition today. So why didn’t this catch on? Well, when the cars were originally produced, the dies were ruined by stamping out the harder stainless parts. So, there is an added cost to automakers who are producing cars from stainless steel: making dies that can withstand stamping out mass-produced stainless parts. Ford also used stainless for the trim on other, otherwise non-stainless vehicles.

Ford agreed to another collaboration with Allegheny Ludlum in 1960 to produce two stainless Ford Thunderbirds but went for a brushed finish this time. They also waited until the end of the car’s production run to produce the stainless cars. Therefore, the die damage was less of an issue. These new cars used stainless exhausts and mufflers, making them probably the only 1960s cars still around today with their original exhausts. 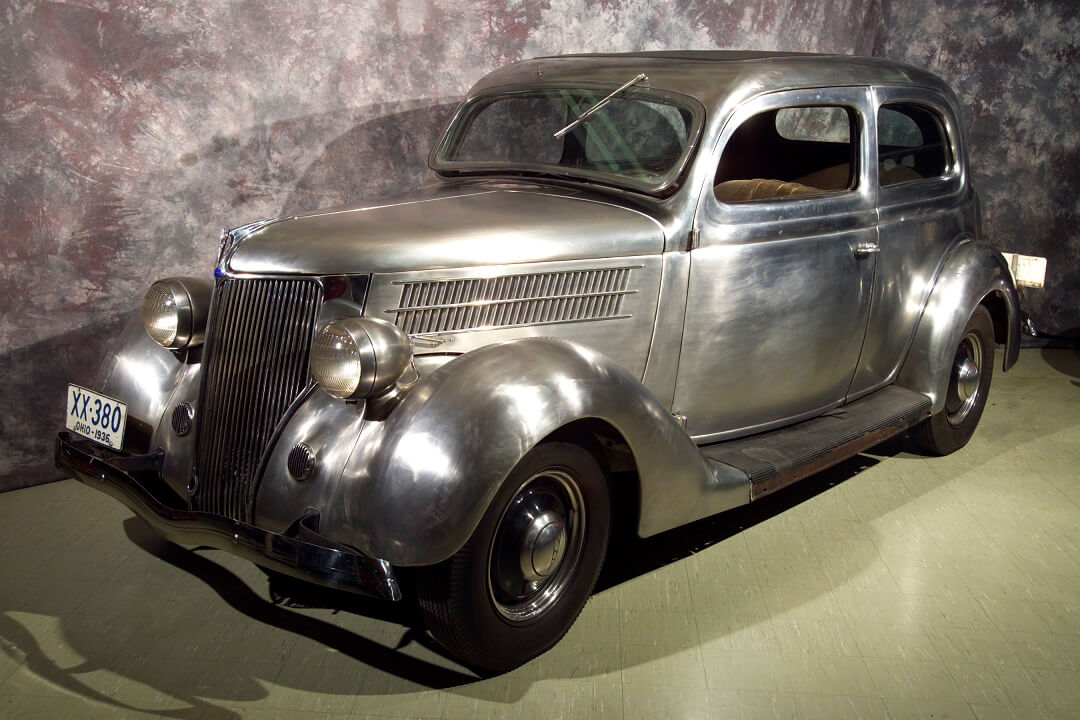 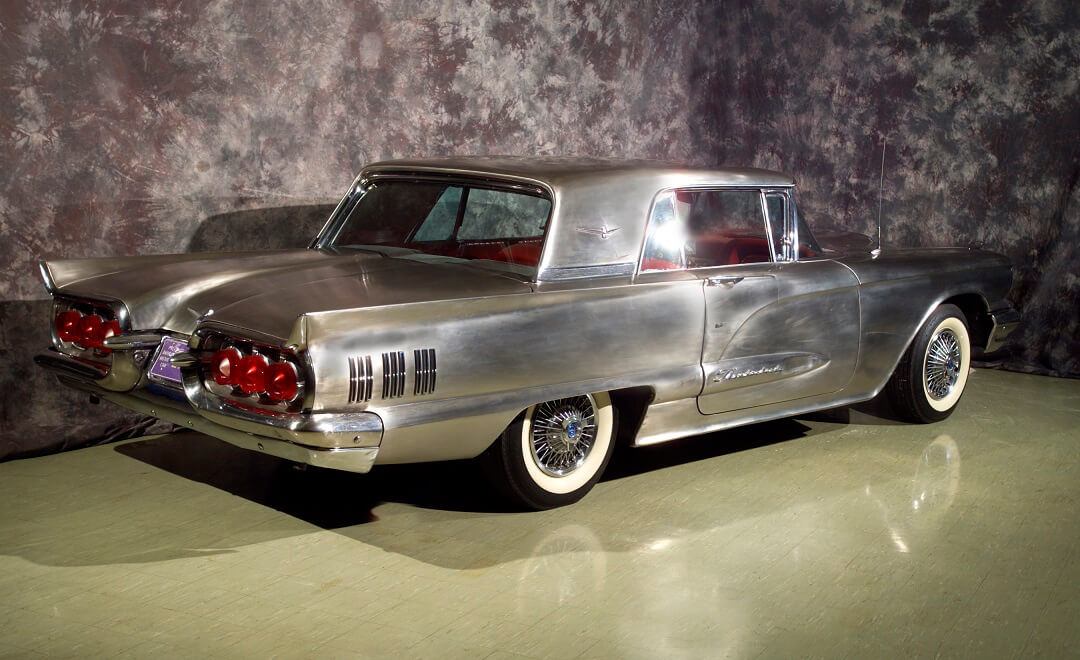 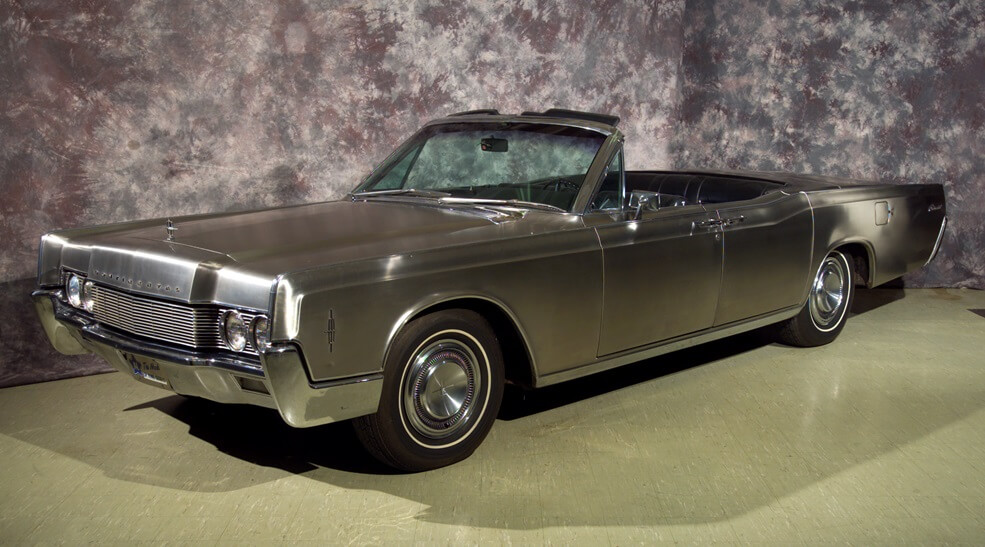 From the ‘50s through the ‘70s, many companies (notably GM and Maserati) dabbled with stainless steel, but only on individual car parts such as hubcaps, roofs and windscreen pillars. It wasn’t until 1981 that an all-stainless car for the public was available: the DMC DeLorean. To avoid the die issue, the DeLorean’s body was brushed stainless steel. But, as previously mentioned, the company was bankrupt and defunct by 1982. So why did the stainless car not take off?

The first problem that the DeLorean had was specific to that vehicle. As a sports car, it gained a reputation for a lack of power and performance incompatible with its looks and price. But there are other issues more generally with stainless cars that have prevented other car makers from investing in them.

One of the perceived benefits of stainless cars is actually a disadvantage from a car manufacturer’s perspective. Car companies who have built their entire business around selling you a new car every five years aren’t crazy about the idea of a car that doesn’t decay. I’ve already talked about the added cost of making dies that can withstand stamping out mass-produced stainless parts. On top of that, stainless steel is more expensive than regular steel. So now you’re talking about two ways that stainless cars are more expensive to produce. For an auto manufacturer, that’s not good news. Add to that the fact that stainless steel is a harder metal, which makes it harder to form into the final shape of the car.

Interestingly, Tesla went with an even harder form of stainless steel for their Cybertruck. The boxy shape of the Cybertruck seems to actually be a solution to working with hard stainless steel. In fact, Tesla is using a proprietary 301-series stainless steel, which increases strength but sacrifices ductility and formability. Instead of bending the metal, the Cypertruck is simply cut out and welded together, sidestepping the die issue. As far as the DeLorean, we haven’t seen much of what it’s going to look like other than the brief glimpse in the commercial, but judging from what we can see, it looks like it’ll be brushed stainless steel like the original. We should know what it looks like soon, though, since it is supposed to debut at Pebble Beach this August. 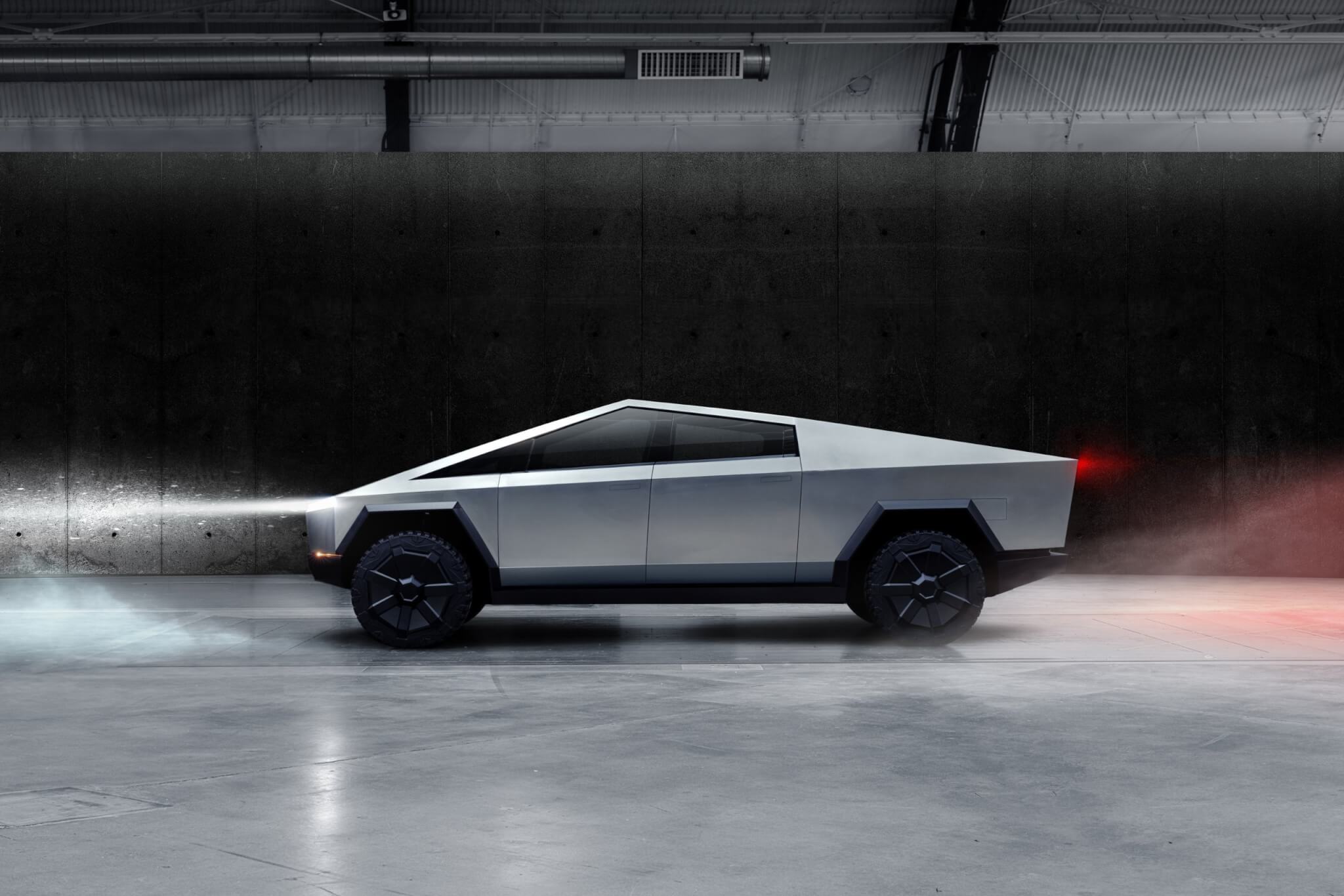 The main question seems to be whether customers will view these vehicles as an investment and embrace the green aspect of having a car that doesn’t rot away. The top of the line Tri Motor all-wheel-drive Cybertruck costs $69,900. A price for the new DeLorean hasn’t been officially announced yet, but the company has floated a price tag of around $100,000 in the past for a modern DeLorean. Due to the vastly reduced maintenance but higher cost of a stainless vehicle, customers will have to see these vehicles as more of a long-term asset purchase for stainless to make sense financially. The resistance to rust is a good way to offset the cost of the Cybertruck, which could be viewed as an asset with a longer lifespan than similar competition.

In addition, both vehicles will be electric vehicles, which only adds to their green aspect. As such, these vehicles could be viewed by customers as long-term investments in both their low maintenance and long-term survival against the potential outlawing of gas-powered vehicles. Furthermore, EVs have fewer moving parts, and with both vehicles’ stainless chassis, they will be long-lived, meaning one could throw a totally fresh motor and battery packs in and have a completely rebuilt car. EVs are expensive but long-lived, which makes stainless a much more reasonable choice as a construction material than it does for, say, a Dodge Neon.

So will the public accept the higher cost of the DeLorean and the Cybertruck, seeing them as investments with better long-term value? With the new DeLorean scheduled to come out Fall 2022 and the Cybertruck now expected to enter production in 2023, we should know the answer to this in the next couple of years.

Regardless, if they don’t sell the new DeLorean with a flux capacitor in the car, I’m considering it a missed opportunity.