My suspicion is if you’ve taken apart cars for any significant period of time, you were able to quickly identify those as common ring and pinion ratios. It’s kind of funny, isn’t it, that those numbers are so memorable? It’s because they are very specific and not simple whole integers, like “Oh, that truck has a set of fours (4.00) in the rear end.” In fact, nice even gear ratios like that are kind of hard to find. Did you know there is a reason for that? It’s nerdy and fascinating all at the same time: the hunting tooth gear ratio.

How gear ratios are calculated 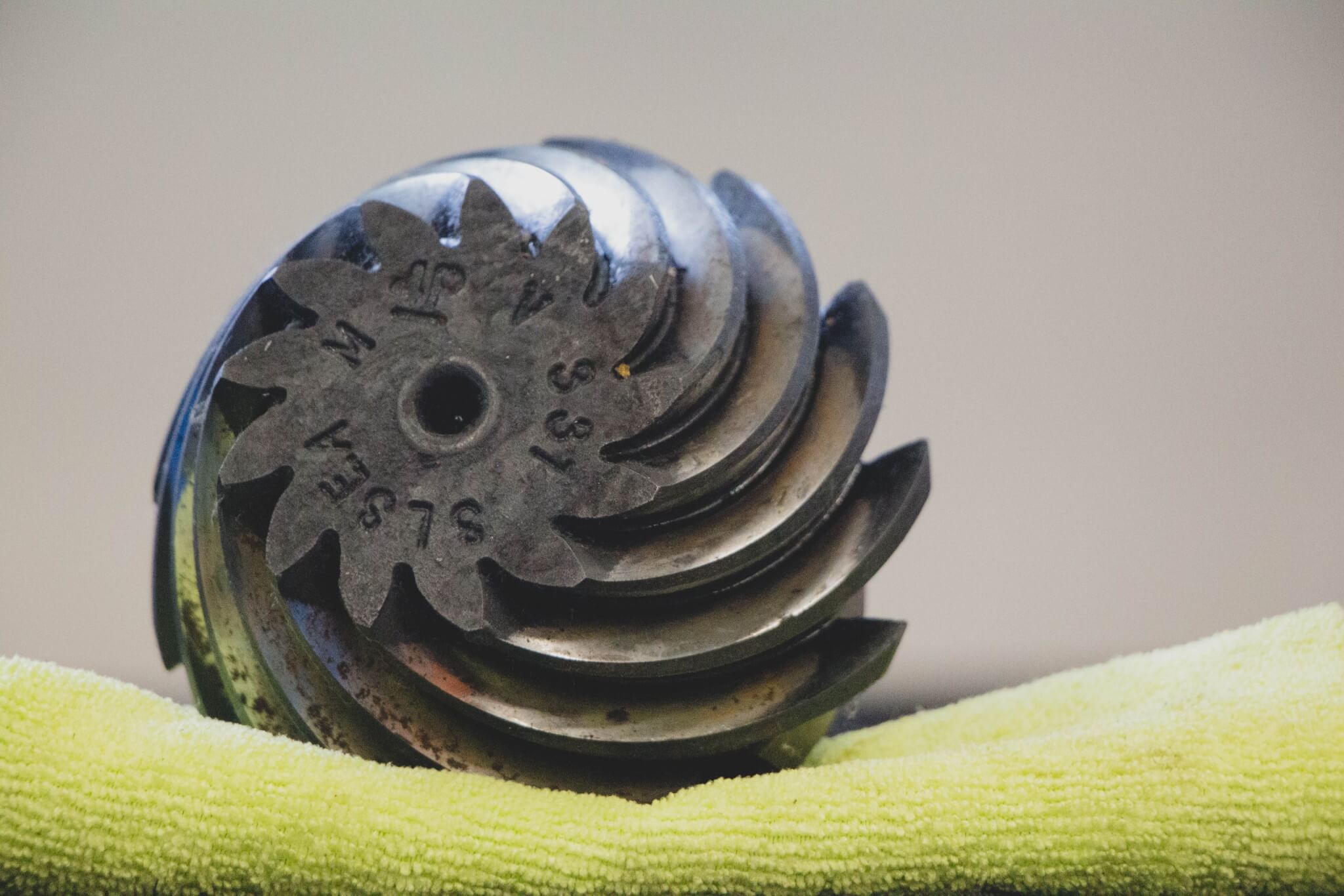 13 teeth on this pinion gear. That’s not a coincidence. Photo by Lemmy.

The best gearset is one where both tooth counts mathematically have no common factors. When arranged this way, a tooth on the drive gear will touch every single tooth on the opposite (driven) gear once before touching that same tooth again.

This design has a pile of benefits. The first is the ability to spread wear over the greatest number of teeth evenly. In a set of teeth with common factors, the common factor teeth will wear much more than a tooth to either side. In a hunting tooth design, though, wear is spread evenly onto all teeth on a gear. 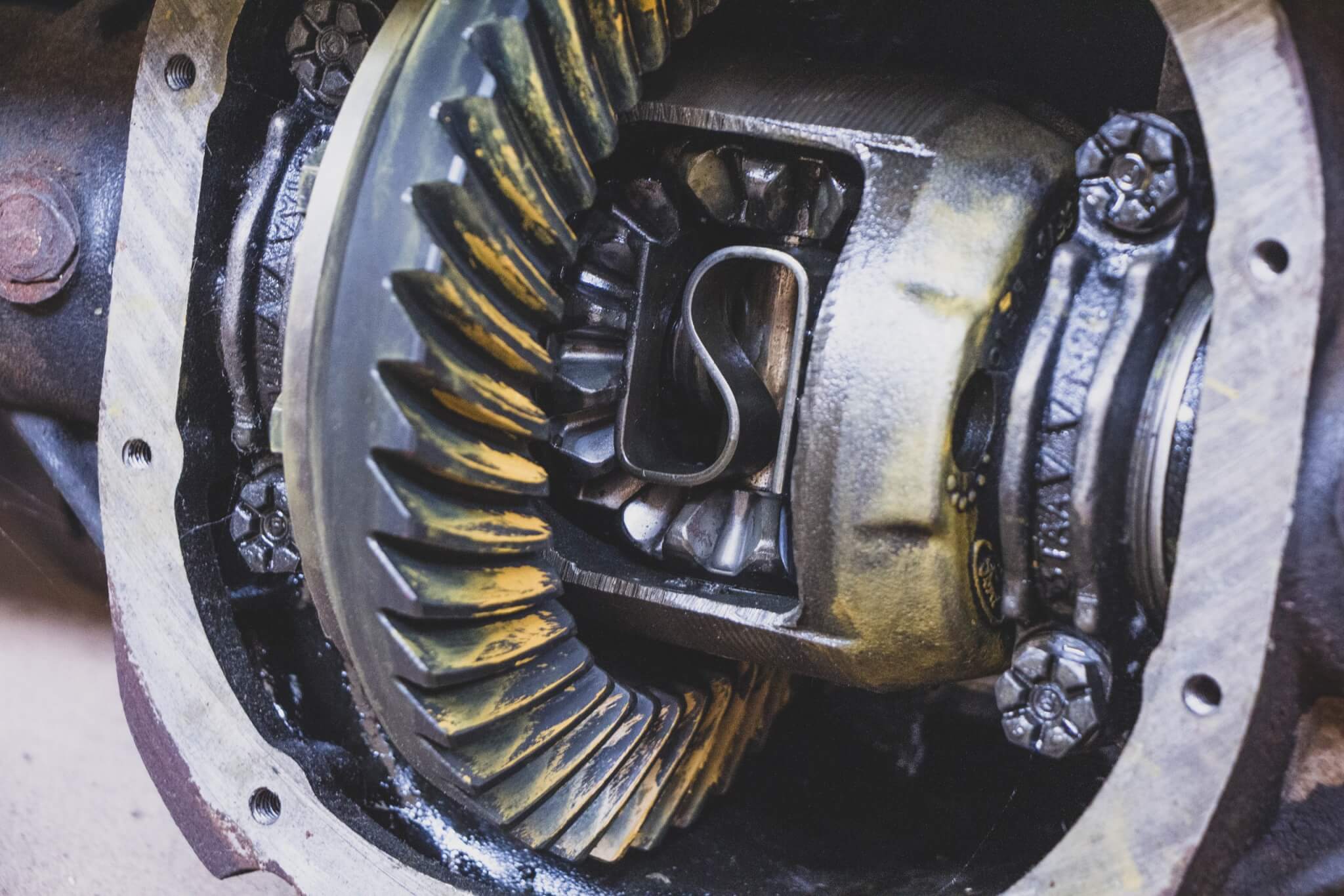 Normally an automotive differential is filled with gear lubricant, but it also contains copious amounts of math. Photo by Lemmy.

The second benefit of hunting tooth design is in minimizing damage. If a tooth is rough or chipped, there is no “corresponding” tooth on the other gear to keep receiving damage. Instead, the damage is spread evenly over all the teeth, so even in a catastrophic situation, maximum wear is achieved. Similarly, as Hermann J. Stadtfeld of the Gleason Corporation wrote, gear break-in is vastly improved since the break-in occurs over the greatest amount of teeth possible and with the greatest variation of potential “partner” teeth.

Noise is often reduced as well due to superior harmonics which is obviously important in automotive applications.

The final benefit, as Dr. Stadtfeld notes, is the simplicity of reassembly. Indexing the gears relative to one another is a pointless endeavor as the hunting tooth pattern requires teeth of a gear “get to know” all the teeth of its corresponding gear. There’s no point indexing or marking gears if you’re reassembling a matched set.

You’ll find use of hunting tooth ratios all over the place if you start looking. Beyond use in differentials, you’ll find hunting tooth gearsets in vehicle transmissions, too. They’re also pretty common in motorcycles utilizing chain final drive, as well—there’s a third factor there, too, which is the number of links in the chain. Hold that thought, because we’ll come back to it.

Another place you might find hunting tooth ratios is inside the timing cover. At first, this seems impossible, since the ratio for a four-stroke engine must be exactly two revolutions of crank for every one rev of the cam—a hunting ratio is not possible here. However, there are ways around this, too. Remember our motorcycle chain from earlier? The hunting tooth concept matters for both gears AND sprockets. At some point it was realized even the 2:1 ratio could be implemented for cams, too, so long as they were driven by chain or belt having a number of teeth without a common factor for either sprocket. In this way, the chain serves as the hunting tooth, yet the perfect 2:1 ratio requirement is maintained. As an example, a popular aftermarket timing set ratio for small-block Chevy uses a 44-tooth cam gear, a 22-tooth crank gear, and a chain with 29 links.

That having been said, hunting tooth ratios are probably a bit more critical for gear-driven items than chain. “The Complete Guide to Chain” by U. S. Tsubaki states, “The factors that affect chain wear are very complicated. There are many considerations, such as lubrication, assembly accuracy, condition of produced parts, and the method of producing parts; therefore, wear value can’t be greatly improved by merely changing one factor.”

But I guess every little bit helps, and if you’ve got the opportunity to work prime numbers into a design, it probably makes sense to do so if packaging and cost remain unaffected. 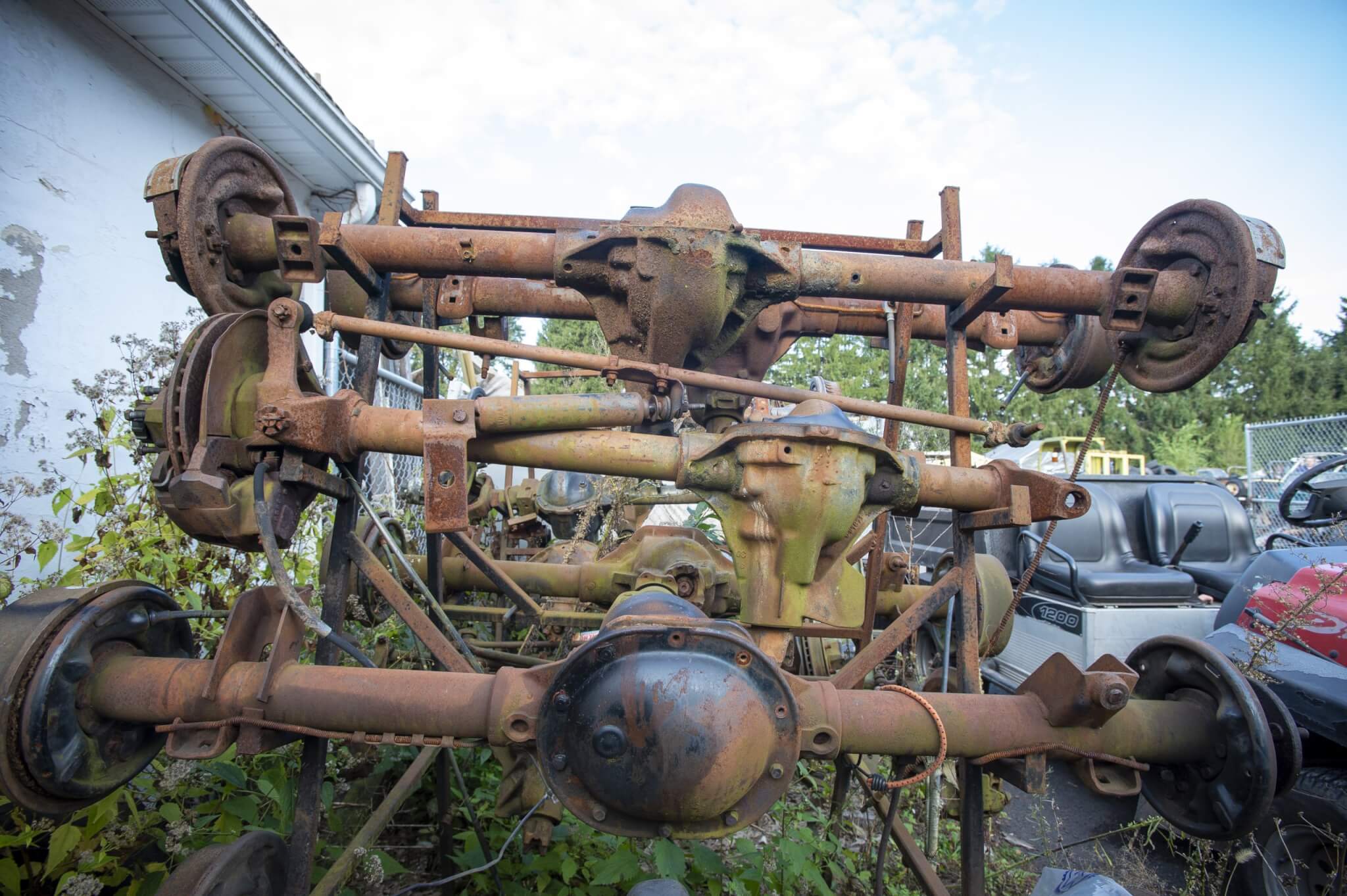 The longevity theory must hold up under scrutiny—it’s not uncommon to find differentials still in service (or ready to be put back into service, in this case) for half a century or more. Photo by Mike Apice.

If you want a geartrain to live a long and happy life, you probably wanna hit the books and do a little math before you pick up a wrench. Math may be for nerds, but it appears as though nerds would have long-lasting sprockets and gears in their cars. Sign me up.